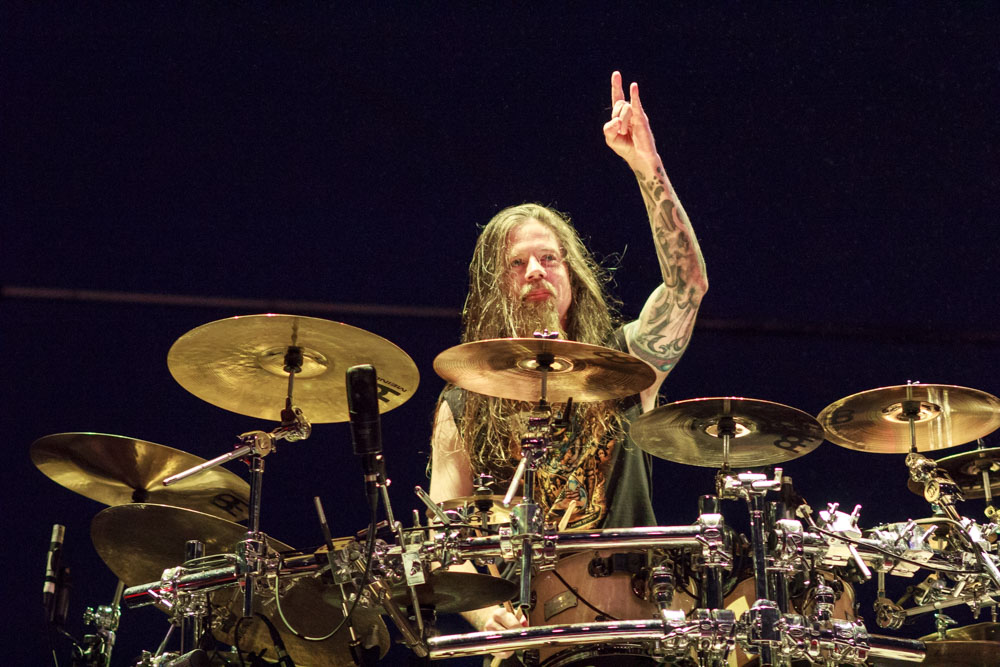 Legendary drummer Chris Adler (Firstborne, ex-Lamb Of God) recently answered a few questions for the Sobre La Dosis YouTube channel via Cameo. Adler touched on how he got into music, the differences in drumming between Megadeth and Lamb Of God, and of course his top three metal albums of all time. Adler album picks include the Megadeth classic Peace Sells …but Who's Buying? from 1986, Meshuggah's Destroy Erase Improve from 1995, and Queensrÿche's Operation: Mindcrime from 1988.

"I think for a long time, Peace Sells by Megadeth was absolutely… I would've told you it was the Bible of everything metal. In that, I kind of grew into a bit more [of a taste for] technicality. I really do enjoy, especially the guitar work, [on] Megadeth's album Rust In Peace. I think that's probably… that or Peace Sells is my number one album."

"Then the second best metal album ever, wow. It's gotta be Destroy Erase Improve by Meshuggah. I think that just turned everything in metal upside down. I think there's not been a band since them that's changed the whole game the way they did. Especially with that album. I really like the album they did before that as well, and of course everything that followed. But that was a game-changing album.

"And my third based on songwriting and production, is an album called Operation: Mindcrime by the band Queensrÿche. Still to this day one of my favorite things to listen to. Great songwriting, great talent in the band, and just awesome all around."

In this article: chris adler