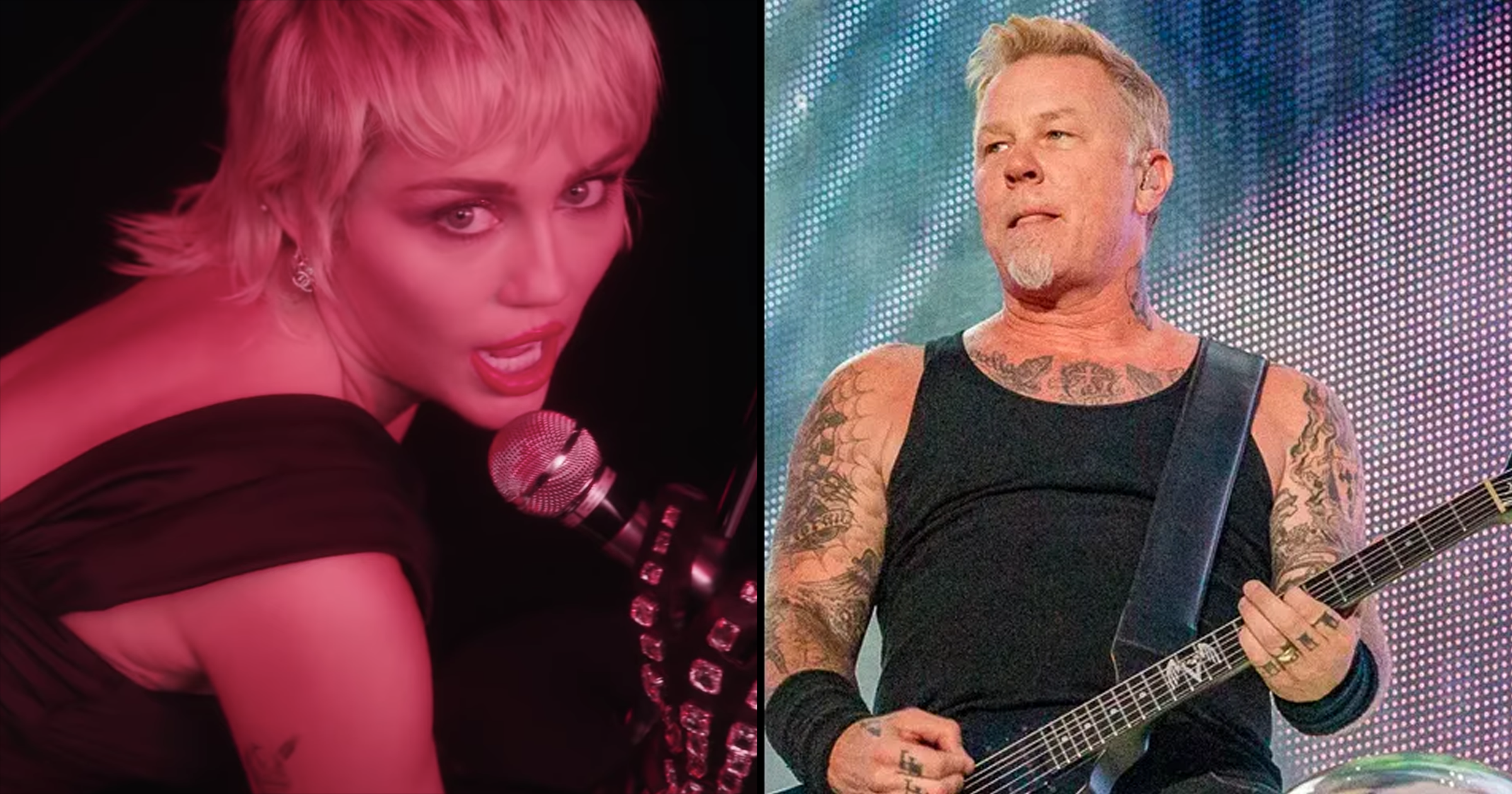 Miley Cyrus casually revealed during a conversation with Interview magazine that she's currently working on a Metallica covers album. While it's not officially confirmed, it looks like she'll be working with longtime collaborator Andrew Watt, who also famously worked on Ozzy's last solo album.

Cyrus is unquestionably a fan of rock music and heavy metal. She recently reinterpreted Nine Inch Nails' "Head Like A Hole" for an episode of Netflix's Black Mirror about pop stardom. She's previously covered Led Zeppelin and has been seen around town with her share of metal shirts. Miley also appeared at the Chris Cornell tribute show covering Temple of the Dog and doing an incredible job.

Miley revealed to Interview "We’ve been working on a Metallica cover album and I’m here working on that. We’re so lucky to be able to continue to work on our art during all of this. At first, it felt uninspiring and now I’ve been totally ignited."

The metal world is sure to have their opinions, but Miley makes it clear elsewhere in the interview she's just doing whatever the hell she wants to right now.  “I have such a healthy and sexy relationship with recklessness right now. I can say yes to anything. It would take something really fucking crazy for me to say no. Wayne [Coyne] really opened that door for me, because I was on the Bangerz tour at that time, where I was traveling the world. Your levels of fulfillment and depression are so drastic, because you’ve got that two hours where you’re fully captivated and reaching your fullest potential, and then when you come down from it, it’s so hard. Having him and having that psychedelic music changed everything for me.”

We're curious which songs Miley picks. The pop star has previously covered "Nothing Else Matters." Will she stick to the more ballad-friendly tracks Metallica have or will she turn it up a notch and cover heavy favorites like "Blackened" or "Battery?" I assume the vocal performance is what's important for Miley, who actually has a great voice, regardless of your opinion of pop music.

As for who Miley has in her band, her performance this past weekend at the Whiskey A Go-Go likely offers hints, as she did a very rockified version of The Cranberries' "Zombie," as part of Save Our Stages Fest. It looks like producer Andrew Watt, who most recently worked with Ozzy Osbourne and Post Malone is in Miley's band here, so it would be safe to assume he's producing the project.

Any guesses on what else she would cover?