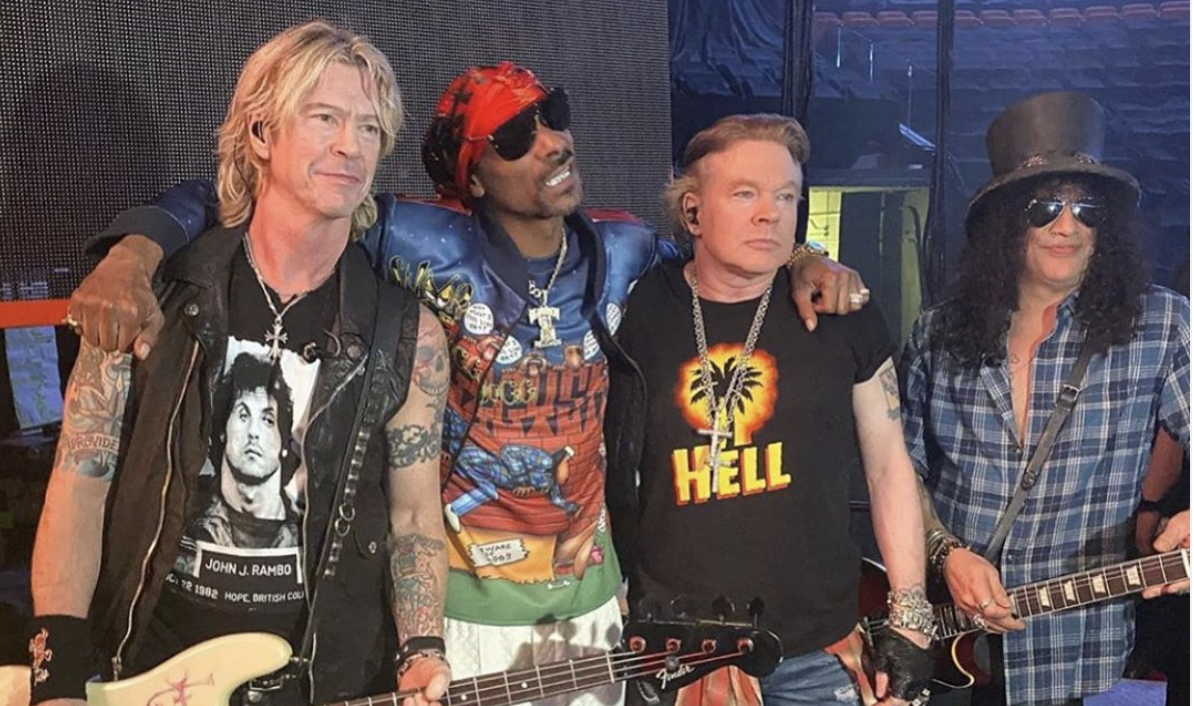 Guns N Roses have a few gigs lined up for 2020. See all their tour dates here.

New member of the group @gunsnroses

Will we ever get to hear new music from Guns N' Roses? Maybe! The rumor was the band hit the studio  that the band plan to hit the studio late last year, after already doing some studio sessions last April. Slash confirmed the band had some stuff in the works, but wouldn't go into much detail last year.

This past week, in a new interview with Slash, Guitar.com got an update on where Guns N Roses stand on the new music.  When asked for the latest, Slash is still light on specifics.

“There’s been no definitive answer on anything and I’ll just keep keep to that. Stuff is happening, but there are no specifics. More than anything, it’s because of the nature of the industry right now.”

He added, “It’s just like, ‘How do you want to do this?’ I mean there’s material and there’s recording and there’s shit going on, but we’re not really sure what we’re doing with it right now.”

The interviewer noted how much the industry has changed since the last time GNR released any new music, a sentiment Slash shared. “Yeah! And there’s a handful people who said, ‘Yeah, make a record and go old school.’ And there’s a handful of people that are like, ‘We don’t even know what buying a record is any more!'”

Last time Guns N' Roses released a record, the highly anticipated Chinese Democracy, in 2008, they signed a deal with Best Buy to exclusively carry the CD in their stores. Best Buy had to pay $14 million for 1.6 million copies, non-refundable. The album took two months to even crack gold (500,000 copies.)

So it's understandable the band is hesitant to use traditional means of release.

Perhaps it makes more sense in today's market to just release a few singles and an EP.