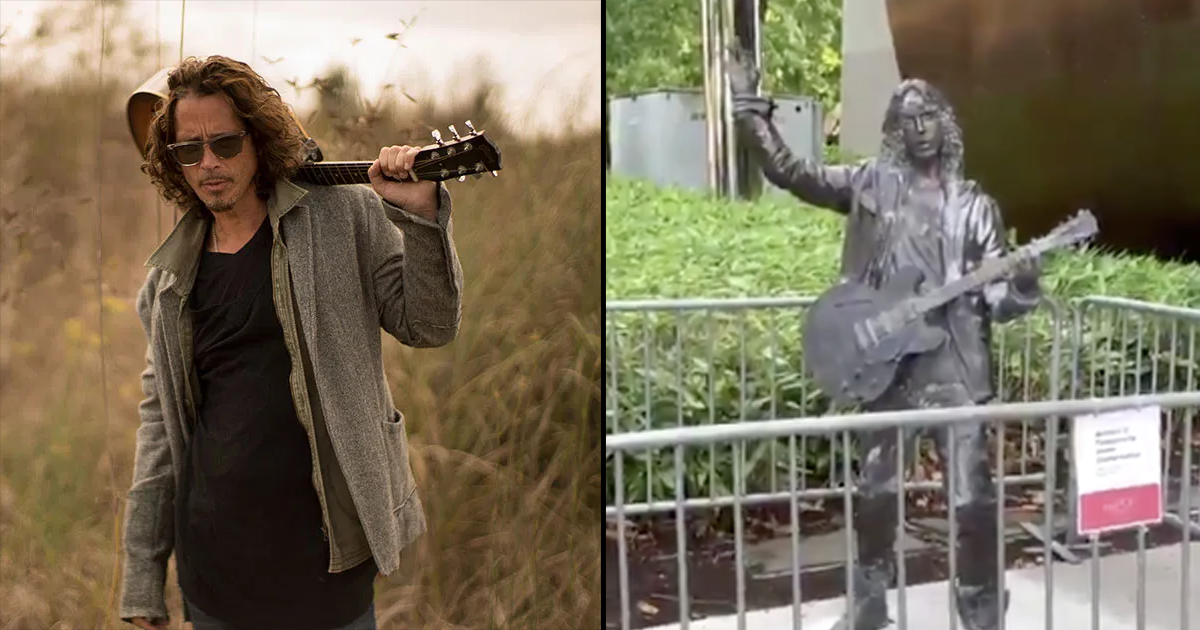 The Chris Cornell statue, which was unveiled in 2018, on display outside of the Museum of Pop Culture in Seattle, Washington has been vandalized. No word on who the dipshit is who thought this would be a good/funny idea yet.

The news came from Seattle's KIRO 7 News, who revealed this photo of the vandalism. It looks as though somebody took white spray paint to the gorgeous statue of the Soundgarden frontman.

This is what the Chris Cornell statue looks like in front of Seattle's Museum of Pop Culture. Somebody apparently vandalized the statue of the late Soundgarden frontman by painting it white.

Vicky Cornell, Chris' widow responded on social media to the defacement, posting the news report and writing "My children and I are heartbroken to learn of the vandalization of Chris’s statue at the Museum of Pop Culture in Seattle. The statue is not only a work of art but a tribute to Chris, his incomparable musical legacy and everything that he stood for. It represents Chris, who is beloved not only in Seattle, but worldwide."

She continued "In the face of this hate and destruction, we are thankful once again to the fans who stood up to support him and showed such immense love. It lifted our hearts to hear that fans brought supplies and attempted to clean up the heartbreaking vandalism."

Vicky concluded defiantly "The statue will be restored. Hate will not win. Chris is Seattle’s Son!"

Statue of @soundgarden’s @chriscornell vandalized with white paint outside Museum of Pop Culture in Seattle. A fence has now been put up around his statue and a sign reads, “Artifact is temporarily under conservation.” pic.twitter.com/PGEmNv1fxd