10 Metal Bands That Peaked On Their Debut Album 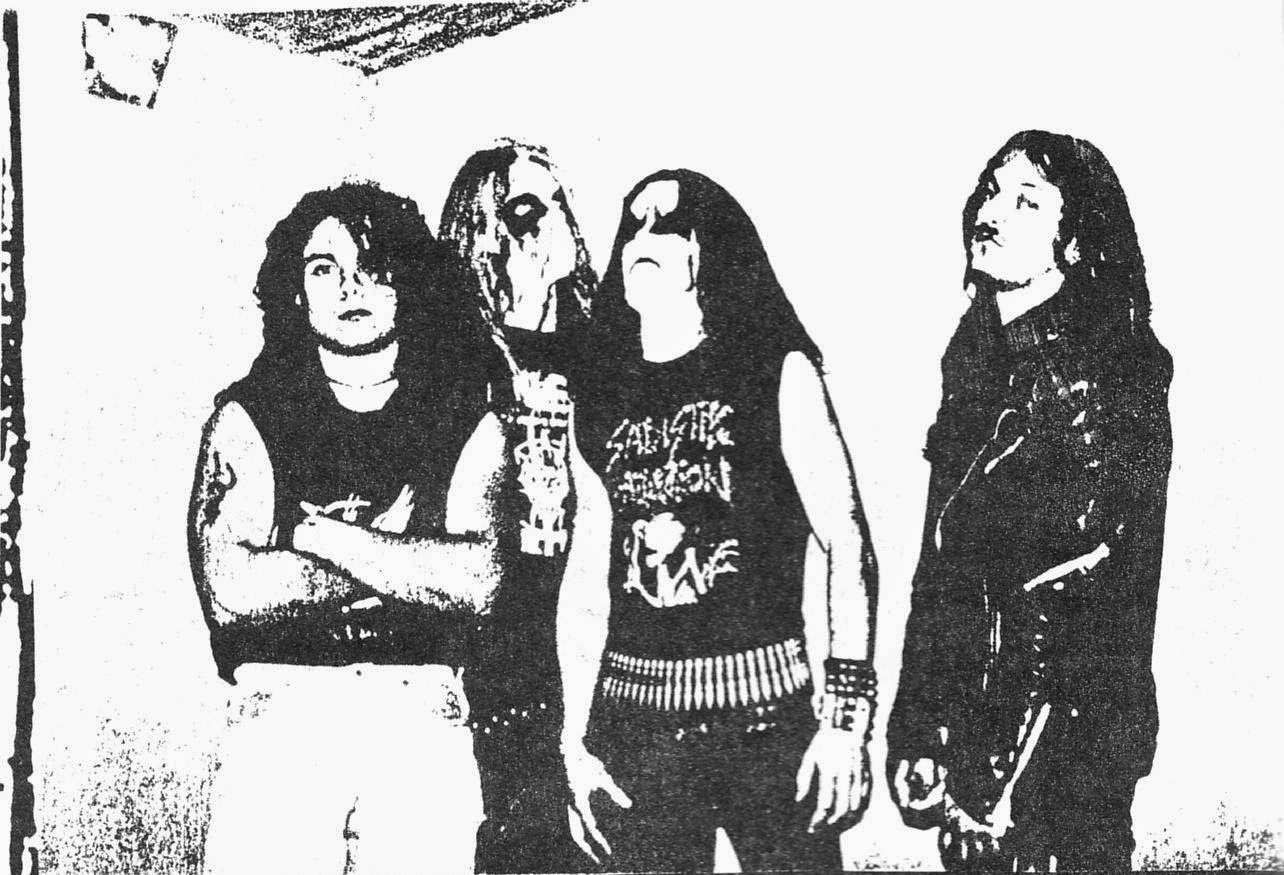 It’s probably easy to assume that all the classic heavy metal groups in history started off with inspired records, but looking back, that’s not always been the case. The likes of Pantera, Sepultura, and more, all got off to rocky starts before ascending into the upper echelons of metal’s elite.

However, it can work in the opposite direction too. Sometimes, a metal act can peak on their debut album, before going on to put out subsequent albums that never quite manage to better their first effort. Looking for some examples? We’ve got you covered.

This list includes those bands who, either critically, commercially, or both, hit their stride from the get-go, only to suffer the unenviable task of having to top it – ultimately failing to do so. They say first impressions are important. These bands prove that sometimes, good first impressions can be a curse as well as being a blessing…

When Mudvayne first came to prominence in the late-‘90s, many wrongly labelled them as a Slipknot knock-off – mainly because of their connection to Clown, as well as their maniacal appearance. One listen to their debut album L.D. 50, though, and it quickly becomes apparent that they had a unique sound all of their own.

Leaning more on math-metal than nu-metal, 2000’s L.D. 50 was a stunning first record for the four-piece, hitting particular progressive peaks on tracks like “Cradle,” “Death Blooms” and the schizophrenic “Internal Primates Forever.” Not to mention the fact that it features some of the most inventive heavy metal bass work this side of the 21st century courtesy of Ryan Martine.

Sadly, the wheels came off soon after, with the group altering their appearance and sound in a way that just felt cheap. Their attempts at capitalizing on the Emo movement of the mid-‘00s derailed their once compelling sound (despite some commercial success), ultimately leading to their split in 2010.

Few bands can hold a candle to doom metal masters Candlemass when it comes to swallowing the musical ether whole. With a sound that ranks up there with some of the darkest the genre has ever spawned, these Swedish pioneers didn’t suffer fools gladly.

Case in point: the 1986 trailblazing masterpiece Epicus Doomicus Metallicus. And it’s not just the genre name for which Candlemass can take a lot of credit in creating, but from a musical standpoint too. They extend the sound template of Black Sabbath’s doomiest moments and infuse it with some sky-tearing operatic qualities – creating stunning compositions such as the monolithic opener “Solitude,” the evolving nightmare “Demon’s Gate,” and the sinister epic “Under the Oak.”

Featuring just six tracks, this is one album which deserves the label of ‘all killer, no filler.’ Unfortunately, with various line-up alterations and some so-so albums, Candlemass were never really able to equal their stunning debut effort. But honestly, most bands would be glad just to have an album this good to begin with.

Around the time of A Perfect Circle’s debut LP in 2000, alternative metal was becoming somewhat of a stale musical style. For those who had grown tired of it, however, Mer De Noms proved to be the ultimate defibrillator. To put it simply: the entire record is an incredible listen.

Sitting precariously between alternative rock and heavy metal, the supergroup’s first outing was a seamless gelling of different strands of guitar-orientated music, effortlessly switching between tempos, moods, and dynamics at the drop of a dime. Led by Tool vocal extraordinaire Maynard James Keenan, and backed up by the likes of Primus and Failure members – A Perfect Circle hit their stride from the very start with this kaleidoscopically visceral release. If the cloud-swirling beauty of “Orestes” doesn’t hit the spot, then the ground-shaking blasphemer “Judith” will.

The band followed it up with two more albums – 2003’s Thirteenth Step and 2004’s Emotive – that, while strong in their own right, couldn’t touch the deft majesty of Mer De Noms. Of course, they’ve got a fourth record coming in 2018, so who knows if that will still be the case when the year’s done and dusted…

Korn may have spearheaded the nu-metal genre, but it was Linkin Park who crystalized it with a polish that appealed to audiences outside of the metal scene. With a crunching guitar sound and a dynamic combo of rapping and singing, the band simply soared on their debut release Hybrid Theory.

Both from a commercial and critical standpoint, the 2000 LP delivered the goods with some of the most memorable hooks of the period. Tracks like “One Step Closer,” “Points of Authority” and “A Place for My Head” practically crowbar themselves into the listener’s psyche due to their infectious accessibility.

Unfortunately, the group never really improved upon it with later releases. While there were certainly some choice cuts on albums like Meteora, Minutes to Midnight, and even the experimental release A Thousand Suns, the instant adrenaline shot in the arm of their first record still remains their musical peak.

Even though the likes of Iron Maiden and Def Leppard have become synonymous as being the main driving forces behind the new wave of British heavy metal, there was another band around at the time who can also lay claim to evolving it: the thunderous trio Angel Witch.

Unfortunately, they don’t get the same credit as some of the sub-genre’s biggest acts but don’t hold that against them – their self-titled debut album is just as good as anything else that sprouted up from the ‘80s movement. Whether it’s the stunning guitar harmonies, the epic guitar solos, or the gothic aura that permeates it – 1980’s Angel Witch is a prime example of a fantastic first outing.

Of course, with such a stellar beginning, it’s probably no surprise that the group were unable to top it, or even get close for that matter. The band splintered not long after the record’s release, taking five years with a drastically different line-up to produce another album. It was clear by that point that their first record was destined to be their definitive metal statement.

5. Down
Advertisement. Scroll to continue reading.

Entitled NOLA, the 1995 record was a seamless mixture of sludge, blues, groove, stoner, and grunge – the likes of which has never really been replicated since. Every member’s strengths are on full display, whether it be the cathartic southern drawl of frontman Phil Anselmo, or the expression-seeping riffs of guitarist Pepper Keenan.

Songs like the uncompromisingly thunderous opener “Temptations Wings” or the crushing emotional cleanser “Stone the Crow” typify the supreme songwriting quality that litters this entire record. However, two albums and two EPs later, and Down have never quite managed to match the sheer quality of their debut album. But let’s face it – how could they?

Bay Area was the place to be in the ’80s if you were a thrash band. Death Angel, Testament, and of course, Metallica were just a few of the noteworthy bands to emerge from the scene during the decade. Another group who helped spearhead the blisteringly fast metal mutation was Exodus.

Forget about getting better as time goes on – Exodus blasted the doors off their hinges with their first (and best) LP, entitled Bonded by Blood. Released in 1985, the nine-song sledgehammer to the face is still regarded as one of the most influential thrash albums of all time – and with good reason. They rattle through this album like a runaway freight train, busting out riffs left, right and center with a precision that put most of their contemporaries at the time to shame.

Their ear-bleeding sound comes to full fruition on thrash standards like “And Then There Were None,” “A Lesson in Violence,” and “Deliver Us to Evil.” That left Exodus with the unenviable task of bettering it with subsequent releases, and although they came close on a couple of occasions, Bonded by Blood still rightfully stands as their best LP to date.

3. Rage Against The Machine

You know when an album comes out swinging with an opener as explosive as “Bombtrack” that it’s been made with the sole intention of grabbing the listener’s attention. And boy does Rage Against the Machine do that and then some on their self-titled debut LP.

But it’s not just the beginning of the record that demands compulsive listening, but rather, the entire record from start to finish. With their rap-metal fusion, the no-nonsense four-piece pack this record with hooks at every step of the way, while injecting their social and political views into it – helping to turn this musically incendiary record into one that is just as fired up lyrically.

Picking key tracks from this one is (I’d imagine) like picking your favorite child because there’s really not much to fault here. RATM followed it up with two great records, but that’s the thing – Rage Against the Machine isn’t just great, it’s brilliant.

After making the decision to leave Black Sabbath in the ‘80s, bona fide metal icon Ronnie James Dio decided to form his own band with former Black Sabbath drummer Vinny Appice. But who could’ve predicted just how effective he would go on to be under the new moniker?

Simply going by the name Dio, Ronnie and the gang set about creating their debut record, looking to combine melody and dissonance into one cohesive whole. Admirably, they managed it. First album Holy Diver was a huge success for the group both critically and commercially, spawning hit singles such as the title track and “Rainbow in the Dark.”

It’s a raucous affair that has since gone onto influence some of the biggest metal bands of the modern era. And despite releasing nine more albums after it, Holy Diver still remains not just the best album the band ever produced, but one of the most universally adored albums in the whole metal genre.

When the topic of Norwegian black metal innovators Mayhem comes up, their controversial actions often tend to take precedent over the music – and understandably so it has to be said. Yet, listen to the nihilistic statement of intent that is their debut album, and you’ll soon realize that their music is just as morbidly interesting.

Released in 1994, De Mysteriis Dom Sathanas was a cold, frightening, but ultimately enthralling collection of tracks that spoke to the most deplorable part of man’s nature. It digs deep into the dark recesses of the listener’s mind through its almost debilitating soundscapes. Finger-peeling riffage, unholy vocal utterances, and one of the most intense productions you’ll hear on any metal album pretty much sums up this sinister effort. It’s not for the faint of heart, and you can rest assure it wasn’t made to be either.

However, with a group as evidently unstable as Mayhem were, it was always unlikely that any future records would improve on the incredible groundwork laid down by their debut album. Unfortunately, that would prove to be the case in the end, but De Mysteriis Dom Sathanas meant that Mayhem were already destined for the annals of metal history regardless.

What metal acts do you think peaked on their first album? Let us know in the comments! 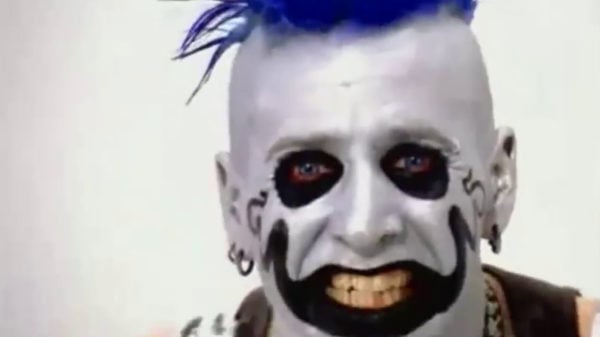 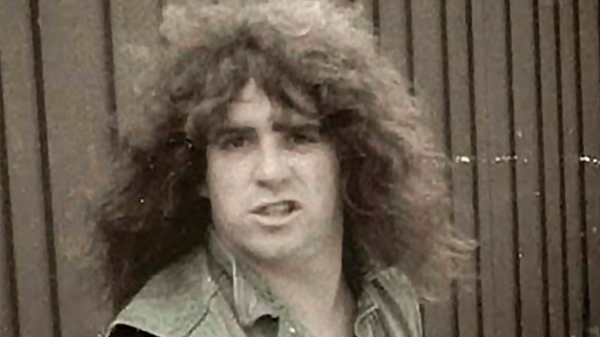