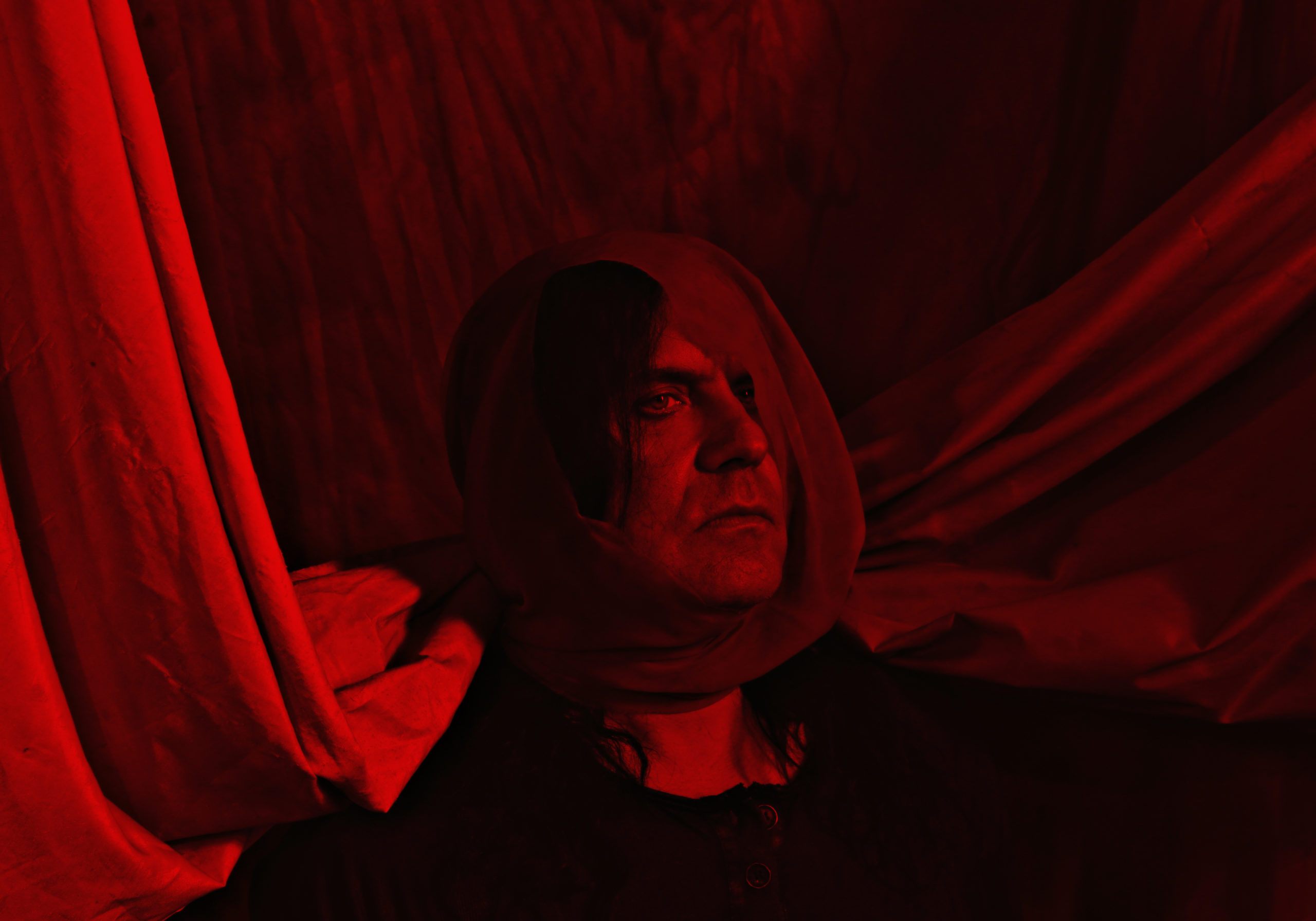 German thrash legends Kreator celebrate four decades of dominance in 2022 with a massive world tour and their 15th studio album, the massive Hate Über Alles (read Kevin's glowing album review here). There's not much we'd need to say to hype up one of metal's resident juggernauts and one of the true legends of trash (the big 4 of Teutonic thrash!), so we'll let the fiery frontman himself take the lead.

Metal Injection sat down with Mille Petrozza for a deep dive into the new record, and how the fragile state of the world impacted its creation, the addition of now full-time Kreator member Frédéric Leclercq, reminiscing on four decades of the band, his introduction to heavy music and much more!

Very exciting times in the Kreator camp. Right now you're smack dab in the middle of festival season with a jammed schedule of festivals and shows and obviously a big tour in Europe this fall with Lamb of God, Thy Art is Murder, and Gatecreeper. It's going to be a huge couple of months of touring.

Yeah, I think so too. I think the tour is a nice lineup. And I think what it is, it's a real show. We have all these great bands on the bill and I think people are going to have an amazing time, an amazing night of metal. I couldn't think of a better lineup at the moment. So I'm totally excited.

It's not like this record was a pandemic project. You guys had songs demoed before the start of COVID. That had to be frustrating, having material ready and being well on the way to getting this record out and then the pandemic hits. But I'd guess a silver lining would be the extra time to fine tune some things.

I didn't really feel like I needed the extra time. We were ready to go. And I know a lot of the bands, or some of the bands that I talked to, they were like "you know what? I was super creative during the pandemic because we had so much time on our hands and there was no distraction going on tour or whatever."

Did it give you some time to decompress or try something outside of music? A hobby you always wanted to take on, or maybe get back into nature?

I went heavily into my workout routine and into sports. I tried new things and that. But when the pandemic started, this might only be three months, but I said you know what? Let me learn Spanish or something. I tried. For some reason my mind is always around music and that's what I do. And I wish I could tell you that during the pandemic I learned Chinese or something, but it didn't happen [laughs].

Talking about the fact that your mind is always on music, and looking back through the Kreator discography and history, I guess this will be 40 years of Kreator in 2022, which is just incredible. You guys were kids when this band started.

Yeah, the thing is we found Kreator from the year 1985. So to me, the beginning of Kreator was Endless Pain, even though it was like three years before that or four years in 1982, we started being a band. So yeah, it's like the 40th year soon. I don't really think in these terms. I know that it's something and it's a thing. But in my mind it's just like, you know what? Let me go out and play and live in the moment and go out and crush it.

I get all these anniversaries and it's a nice to have thing, but I'd rather focus on the future of the band than the past. But then again, on the other hand, we just recently released a new single, "Become Immortal", which is kind of like a time travel through all the different eras of the band. So yeah, it's something that I'm aware of, but I'm not constantly thinking about it, if you know what I mean?

But I always say that it's nice to sometimes look back, but you shouldn't stare back. I know a lot of my colleagues that have been around since the 80s sometimes they go 'you know what? Back in the day it was all better.' I wouldn't say so.

I wouldn't say that it was all better. It was just different. We didn't have the technology. We didn't have such a huge community. And I couldn't talk to you on Skype then, you know? It was a big thing. Things were more naive. It was a different time, but it was also more complicated to get in touch with people. And so it's good and bad, and it's just the way it is. You live, and if you don't die, you experience all of a sudden 40 years have passed.

Yeah, that's definitely a nice compliment. And I think it's because we love metal and we love extreme metal and we stand for something, you know? We have that name, Kreator, and if you call your band Kreator you should always be able to adapt and keep your creative juices flowing and stay ahead of things and stay at least relevant. Especially since the band has released 15 albums now and it's getting a little harder because we don't want to repeat ourselves. On the other hand, we don't want to stray too far from our style. So it's always like a little bit of reflecting about what we've done when we start going into the creative process.

I do listen to some of my old stuff in order to get into the right state of mind and not repeat the same riffs. But on the other hand, it all comes to me naturally. I started writing at some point and two years later I have an album of something, and I always was like that. As long as I think that I'm excited about what we release and what we do with this band, I think other people, our fans and the metal community can also get excited about it.

That's the only measurement, really. I mean it's only like, okay, do I get into this from a fans perspective or a fans point of view? Would I get excited if my favorite band released this song? And that's how I always try to put myself into the fans' perspective, but not too much because I know that if I am getting excited, then other people can get excited. If I don't get excited, it's hard.

This is Kreator's first full album with Frédéric. How would you say that he has adapted to the Kreator style of playing, the collaborative process and work in the studio? On paper it feels seamless.

He's definitely a motivator and he has a great sense of humor and he helps us with the arrangements, even helped me write the song "Dying Planet". So he's a full time Kreator member at this point. And he helped me a lot. The most important thing always when there's new members coming in is do we get along? He's just a good, cool guy to be around, you know?

And it's fun to work with him on new music. He brings in a certain enthusiasm that's very healthy for bands that have been doing this for so long. And so yeah, it's a different perspective. When we started to get into arranging the songs, he was really cool. He was really helpful and he would also question things… like maybe we should try something else here. He's a big help and he's a big team player also.

The overall feeling of this record and 'hate above all'. The feeling that we're disharmonic, with so much strife and anger online, and on social media everyone's so ugly to each other. It wouldn't be too difficult to get yourself in that headspace to create aggressive music, because we're in a world fueled by a lot of discord and strife right now.

Absolutely. I mean, on the one hand it's ugly, like you said. But on the other hand, it kind of creates a certain anger. And I always had this issue where when I get angry about something I put it into something positive. Negative thoughts, put it into a positive thing, which is music and writing riffs. Writing lyrics really always help me to cope with these things.

And I think the best case scenario would be if we write these songs and the people that listen to our music can also relate to the lyrics and the songs and the energy and maybe we can make their day better. Really get pissed off about what's happening because we all do at some point.

You know, I'm not constantly on social media, but when I am I sometimes get really aggravated because of the fact that there are certain people who are really brave when they're on social media in their mum's bedroom and they go and insult you. And when you go on tour and you talk to them they would be all neat. I think that's just wrong. I mean, if you don't have anything good to say, shut the fuck up.

If we think back to, say, the late '70s or early '80s and the formative years of this band and yourself as a music lover, was there a defining heavy band for you? A gateway band for metal that really changed the way you thought about music?

Of course, in the very beginning of the 80s it was Kiss and the Dynasty album, because I was, I don't know, 12 or something and they came out with this album and I was a disco fan. I would listen to The Village People and Kiss kind of made the connection between hard rock and disco music. And I went to see them live. My cousin took me to the concert because I was too young to go by myself. And the opening band was Iron Maiden.

So I would say, to answer your question, that Iron Maiden was the band that really changed everything for me. Kiss of course are always going to be in my heart when it comes to music. Most metal bands owe them a lot, but Iron Maiden took it to the next level.

Catch Kreator on 2022 Summer Festival tour dates & on their European tour with Lamb of God, Thy Art is Murder & Gatecreeper this fall!

In this article: interviews, kreator 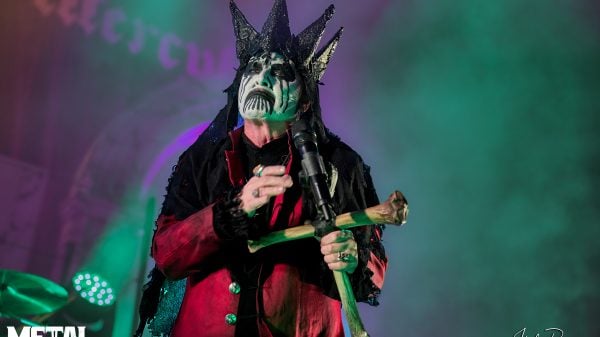