I guess when you only sell 600 copies of a new album in its first week, the revenue starts to run dry. That seems to be happening to Trapt frontman Chris Taylor Brown, who is being accused of being behind on payments by one of his music video directors.

In a post on the Facebook group Trapt OFFICIAL Is a Joke (can you guess what the topic is here), artist Travis Livingstone, who designed the band's last two covers and their lyric video for "Make It Out Alive" claims that Brown is dodging payments to him for a second lyric video.

Livingston is claiming Brown's excuse was “his social media advertising agency accidentally, and conveniently, spent $4,000,”  which is exactly what Brown owes Livingston.  Livingston claims that Brown told him that he currently only has $500 to his name, which is weird. Maybe those Pandora royalty checks are backlogged? 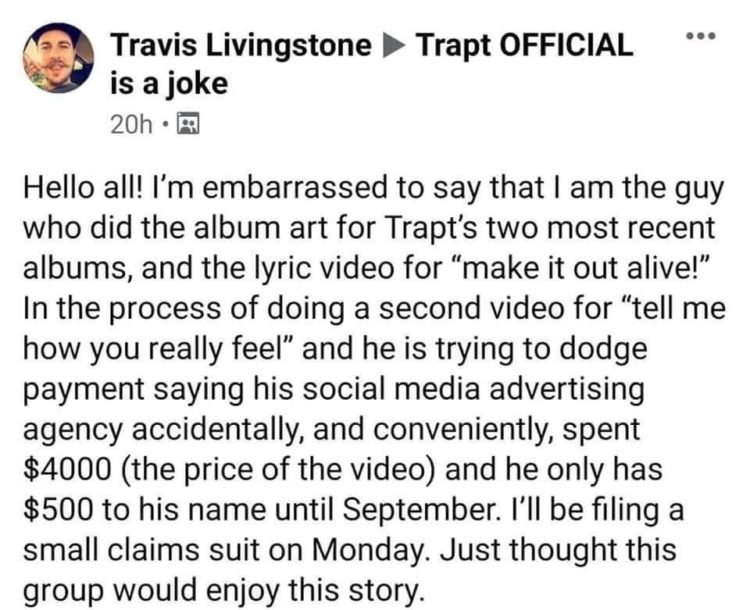 Livingston is looking for work, so help him out if you need some visuals done.