Almost exactly one year ago, we raved about the emergence of a black metal artist unlike any blasphemers within the scene: Janaza, a young, female-fronted black metal band from Iraq. Given a political regime as shamelessly conservative as its terror-driven bearers of violence, many metalheads around the globe supported front-woman Anahita's decision to lay low. With recent and emerging evidence against the authenticity of this so-called, groundbreaking Janaza – however – the metal media has begged the question of whether the group truly exists, and if so, how they could justify their blatant plagiarism of album artwork. This, coupled with a history of brief interviews, conducted exclusively through Facebook, has fed a long trail of speculations regarding the validity of Anahita's spawns of (questionable) possession.

Since its emergence, Janaza has disseminated its music almost exclusively through the web. Their message has been pivotally irreligious, with "Burn the Pages of the Quran" as their short, but no less abrasive, beckoning call. Beyond their 5-cut demos and occasional interviews, information on the band has been sparse; ironically, the lack of information surrounding the band has only seemed to fuel their media coverage, and consequent infamy. Despite Anahita's growing fame within the metal world, she chose to preserve her general anonymity, describing how she had, within the scene, found her niche and familial place; in an interview with "Grim" Kim Kelly for The Atlantic, Anahita revealed that she had lost her parents to a "suicide bomber" during the Iraq War. When asked about the ramifications of the authorities discovering her music and involvement with the metal scene, Anahita responded that "'they would kill me, and kill all of my friends, by cutting off our heads.'" She thus refused to correspond with Kelly via phone, insisting that all communication be conducted through Facebook. In spite of Anahita's seeming desire for media obscurity, this feature was arguably Janaza's greatest coverage, to date, so, too, a rather public "appearance" for her other, purportedly anti-Islamic band: Seeds of Iblis.

With this media publicity, came the sharp scrutiny of informed readers, not to mention, informants of obscure black metal. Shortly after the article was posted, a user named "Boullan" identified plagiarized album artwork, for Anahita's latter band – Seeds of Iblis. At least one of Norwegian black metal band Vulture Lord's member photographs was directly plagiarized, with the sole alteration being a photographic inversion. This wrongfully replicated artwork was used in their 7"EP Jihad Against Islam, released in 2011 under Legion of Death Records, as well as their Metal Archives profile. This brazen lack of originality extended to Anahita, herself; the most circulated photo of Anahita was plagiarized from the site of Raúl González: an amateur photographer in Mexico. Much to his dismay, González responded to the image, identifying it as his wife, adorned with corpse paint and fake blood – for a project he entitled "Black Metal Barbie."

Editors of The Atlantic subsequently removed the plagiarized images. Many fans of the group have since argued in Seed of Iblis' defense; in a country where any public, anti-religious sentiment is punishable by death, why would the band expose themselves through original pictures? Even if we were to temporarily suspend the moral argument against plagiarism, we would then question authenticity. Much of the metal community has readily accepted Janaza, and widely understood the repressive society in which it emerged; in other words, their music, and their music alone, should have been enough to secure them a substantial fan-base. Why, then, would they jeopardize their success with unoriginal artwork?

The question of validity has extended from the bands' artwork, to the members of the bands, themselves. In her interview with Kelly, Anahita explained that several members of Seeds of Iblis are from other anti-Islamic groups, namely, False Allah and Tadnees. Given the fact that the latter two bands are from Bahrain and Saudi Arabia, respectively, many readers strongly doubted that these members entered post-war Iraq to join Seed of Iblis. Adding onto pragmatic concerns is why Seed of Iblis, a group that has explicitly stated their desire to get signed, would remain in the arguably less accessible and "bustling" music industry of Iraq.

It is probable that Anahita's Janaza and Seed of Iblis are genuine, anti-Islamic bands, spewing within the vitriol of Iraq's repressive confines; with Iraqi bands like Acrassicauda to set the scene for metal bands (and their likely fates) in Iraqi society, their story seems all the more credible. Nonetheless, the contradiction between Anahita's desire to remain unnoticed by authorities, and vocalized ambition to be an established artist within the metal community continues to trouble the metal media and its readers, alike. Unoriginal artwork, and an ongoing refusal to correspond with journalists through channels other than Facebook has only fostered these growing suspicions. While there is no clear answer for or against the authenticity of Anahita's said groups, only time, new interpretations, and harder evidence will bring us closer to that monochromatic truth. 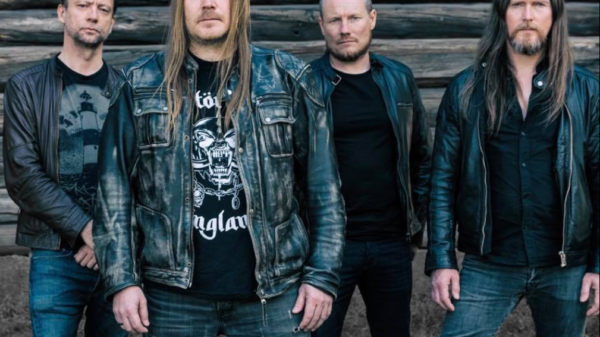