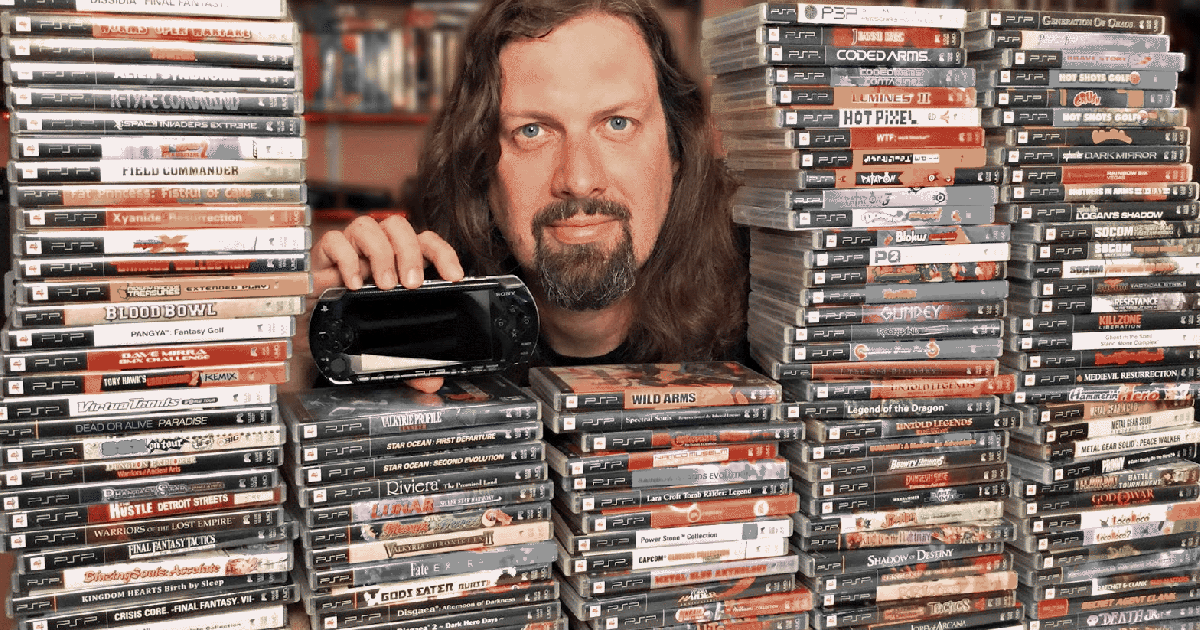 Mixing his two loves of gaming and heavy metal music, Metal Jesus Rocks has made a name for himself online as an professional retro video game influencer. With his crew of Seattle gaming experts in tow (called the Metal Jesus Crew), he has managed to form somewhat of an empire on YouTube and is showing no signs of slowing down – with his channel clocking up over 830,000 subscribers and counting. A headbanger at heart (hence his name) , we asked Metal Jesus to share his top 5 metal releases of all time:

I remember the exact day and time I first heard the band. Sitting in line at a Taco Bell with my buddy after a night of partying in 1992… this crazy progressive rock song called 'Pull Me Under' came on the radio and it sounded like nothing I had heard before. I bought the cassette and I was unsure whether I truly liked or understood the complex music on it, but I was intrigued by their mix of Metallica inspired riffs and Pink Floyd-like interludes. Listen after listen of the cassette I slowly started to understand the time signatures and song structures and now… years later… I still buy every new Dream Theater album and they continue to challenge and blow me away. Amazing!

I discovered this masterpiece at a time when I was really in the mood to find something fresh and exciting…and while at the time I didn’t like the Cookie Monster vocals, it was the mix of crazy heavy guitar riffs mixed in with 70s style singing and musical complexity that drew me in. I remember going to an Opeth concert at the time here in Seattle and singer Mikael Åkerfeldt asking the audience who they thought was his favorite Seattle band. Audience members yelled out “Nirvana”, “Soundgarden”, “Alice In Chains” etc… but Mikael said “Nope. It’s HEART” and then continued to talk about his love of those early 70s Heart albums like Dreamboat Annie & Little Queen. There was instant respect from entire room! Opeth went on to create other masterpieces like Deliverance/Damnation and Ghost Reveries which I also consider some of my favorite albums of all time.

I know this thrash classic shows up on a lot of best Of lists…but its influence cannot be overstated. The aggression, energy and musicianship on this album is awe inspiring even today! The album really takes you on a musical journey too, going fast…then slow…heavy and then mellow and ultimately kicks you in the nuts. There’s not a bad song on the album and the instrumental 'Orion' is something truly special.

Being that I’m born and raised in Seattle and worked at a record store in the mid 90s during the grunge area, it’s almost mandatory I include a local band in this list. While it’s tempting to include Soundgarden’s Badmotorfinger on this list, it was Dirt by Alice In Chains that got the most plays. There is something very special about this album. The way it’s heavy, complex, weird, scary and incredibly personal all at the same time. Nothing else sounds quite like it. I remember being stuck in Seattle traffic while this album was new and I was getting increasingly agitated by the slow traffic as I cranked the album on the stereo, windows rolled down and singing the songs at the top of my lungs as other drives watched. No fucks given. Some of them probably wondering who this long hair freak was. It was great.

Another album I initially thought “what the hell is this?!” when I first heard it. At the time this album was new, I didn’t know what stoner rock was and honestly I was just a casual Black Sabbath fan, so I didn’t really pick up on the musical heritage of this band and that style of music. But Welcome to Sky Valley is just a cool, heavy, groovy, bombastic album that still sounds fresh and exciting today. I was extremely bummed when Kyuss fell apart because Queens of the Stone Age is something completely different (Yet still good)… but there is nothing quite like those first couple Kyuss albums.

Iron Maiden – Piece of Mind (1983): Probably not the “best” Maiden album, but this has some of my favorite songs on it including the scorching opener 'Where Eagles Dare'.

Slayer – Reign in Blood (1986): 28 minutes of pure thrash bliss. Some of the heaviest riffs ever…and scary lyrics to go with it. Masterpiece

Steve Vai – Passion & Warfare (1990):  Steve Vai takes what Joe Satriani does and adds a little Zappa to the mix to create something truly bizarre and memorable.

In this article: Metal Jesus Rocks