Five Favorite Records By Meek Guaitoli Of VISIONS OF ATLANTIS 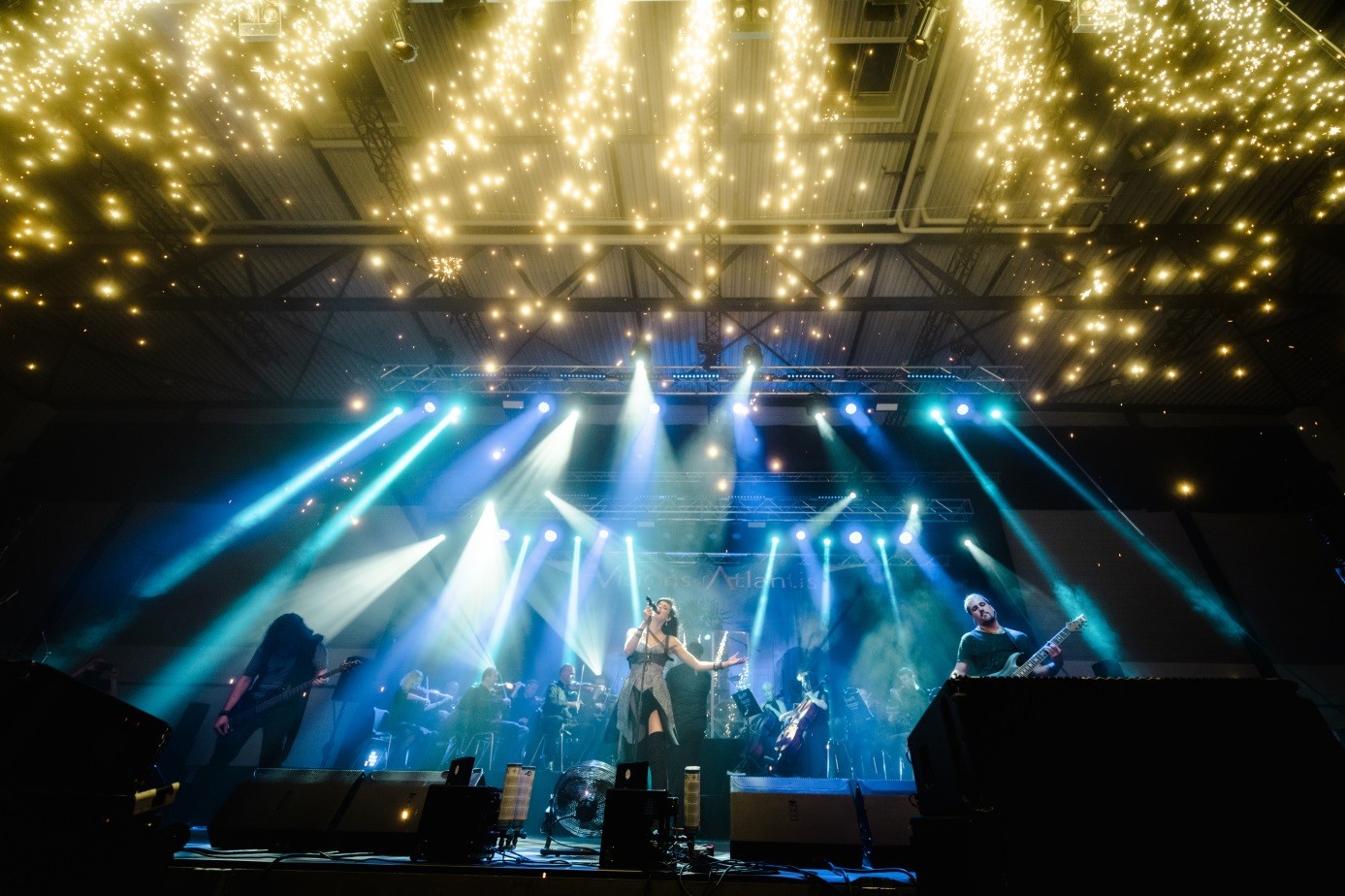 Maritime masters of symphonic metal, Visions of Atlantis, have been making waves (ba dum tiss…I'll just see myself out), creating a fascinating musical and lyrical odyssey, drawing from a path of self-discovery. Beautifully capturing the very essence of symphonic metal, the outstanding symbiosis of Clémentine Delauney’s and Michele Guaitoli’s vocals, creating something both powerful and beautiful. Vocalist Meek Guaitoli gives us a little insight into what albums first brought him into rock and metal and the journey so far and how each album helped shape his approach to the genre.

First CD you ever bought:

I think it’s important here to define that “ever bought” means “with my own money” and not the first CD that I ever received as a gift from my parents or family as a birthday present. And the answer is… Proud Like A God by Guano Apes. I was 12 years and I used to save some money by washing the cars of my neighbors. They caught me with “Open Your Eyes”, of which I saw the video for on MTV back in the day…

First vinyl you ever bought:

Nothing special. Pretty obvious, but at the same time, the first time I found myself buying a vinyl record, I told myself: “You can’t start a collection without buying The Dark Side of the Moon by Pink Floyd”. The same day, I also bought Queen’s vinyl for A Night at the Opera.
First exposure to rock:

“When I was young” (such a bad sentence starter…) we didn’t have YouTube, we didn’t have peer2peer file exchange software or anything. I am one of those people who experienced the beginning and rise of MP3s. I had the radio and the television. Suddenly a band called The Offspring appeared there, and that was my personal introduction to the world of distorted guitars and loud drums. Let’s go to the top 5!

I’m also a proud owner of one of the 20 platinum discs made for this amazing masterpiece of Power Metal. I was a huge fan of Avantasia before, but with this specific album they took me to another world (and they still do every time it spins in my player). As a singer, the diversity of styles, techniques, interpretations and colors offered by “The Scarecrow” goes beyond every possible expectation I had and still drives me crazy.

KAMELOT: POETRY FOR THE POISONED
Advertisement. Scroll to continue reading.

I believe that every musician has some records in his/her collection that have important in “shaping” his own approach to music. This record is one of those albums that did this to me. I sing in a certain way because Roy Kahn had his influence “shaping” me. I like a certain guitar sound because Thomas Youngblood’s sound influenced me. I love certain drums patterns because of Casey Grillo, I love a specific approach to orchestrations in metal because of Oliver Palotai, and I love certain kinds of groove because of Sean Tibbetts. This album is a perfect showcase of my musical taste when it comes to Symphonic Power Metal.

As said before: The Offspring are THE band that introduced me to Rock Music. It was before this record was released of course, but with “Americana”, they hit their highlight. There is not a single track that I would ever skip. Every single chorus is an earworm and everything, from the cover artwork to every arrangement, is right where it should be. Basically, this is the album of my youth.

If “Americana” is the album that brought me into Rock, I believe that Brave New World (May 29, 2000, I was 15 years old!) was the album that made me realize “I am a metalhead”. I found myself listening to many rock tracks. I remember that I was into Gamma Ray, Guano Apes, Machine Head and a lot of random stuff, until this record started to spin more and more often in my CD player. One day, all of a sudden, after the Nth time, I was listening to it, I told myself “this is the music I really love: heavy metal”.

Last but not least – a quite recent album that I decided to put in this list. The Source is a marvelous collection of musical tracks that can’t just be defined “progressive metal” or “power metal” or “melodic metal”. This album gathers together so many sounds, so many colors, so many instruments, so many voices… used in so many unique ways, that I can only define it “a piece of art in music”. Definitely a MUST-HAVE in any collection of a musician who loves music.

Visions of Atlantis first live DVD / Blu-Ray / CD, "A Symphonic Journey To Remember" October 30th via Napalm Records wherein they are backed by the exceptional Bohemian Symphony Orchestra Prague. You can preorder HERE.