Two Bands Enter, One Band Leaves: The Battle of SLAYER VS. SLAYER, 1984 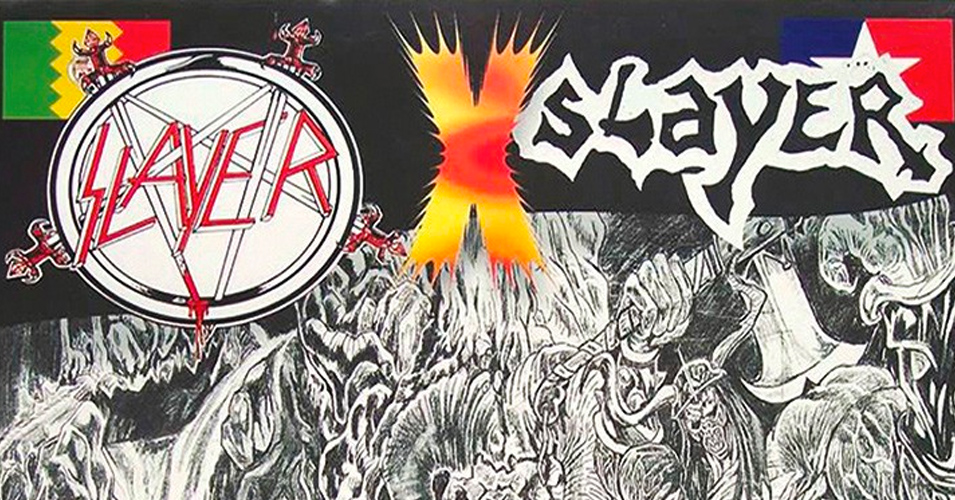 Since this is Metal Injection, it's safe to assume anyone reading this is aware Slayer came to be in just outside of Los Angeles in 1981 after a 20-year-old Tom Araya hooked up with Kerry King (age 17) and the late Jeff Hanneman (also 17). Not long after they started making the rounds in LA, another band with two lead guitarists called Slayer emerged in San Antonio, Texas in 1982. However, some cite 1981 as the year San Antonio's Slayer formed. Whatever the case, there was a period of time in the early 80s where two thrash metal bands named Slayer coexisted.

In 1982, both bands were recording new music, and this is where the timeline, as far as album releases by both groups, gets a little sketchy. According to Bob Catlin, one of (S.A.) Slayer's lead guitarists, the band had completed their first EP, Prepare to Die, at least six months before Slayer released put out their first effort with Metal Blade, Show No Mercy. For reasons unknown, (S.A.) Slayer's EP sat unpressed by their label (Rainforest Records at the time). Once it finally secured distribution with another label, they were served with a cease and desist by Metal Blade founder Brian Slagel and the threat of a lawsuit. The risk of legal action was enough to have the band ad an "S.A." to their name, and would send members of the band off to pursue other gigs and pretty much put an end to Texas' Slayer's reign. But not before both groups played a gig together on (S.A.) Slayer's home turf of San Antonio at the Villa Fontana–a club dedicated to all things heavy and metal. The story goes like this, and it reads like a screenplay written by Cameron Crowe:

After (S.A.) Slayer fell apart, Catlin went to work at the local mall at Hastings Records. While on tour in 1984 in support of Haunting the Chapel, Omni Entertainment in Texas, a production company allegedly founded by a pair of heavy metal-loving south Texas high school students, got both bands to buy into a bill they called "Slayer vs. Slayer: Battle of the Bands" during Slayer's stop in San Antonio. During their in-store appearance at Hastings Records, Catlin hung out with the band. When it was time to get to the gig (according to Catlin), Kerry King announced it was time to go "downtown and meet this other fucking Slayer band." He then turned to Catlin and asked him if he knew anything about (S.A.) Slayer. When he told King he used to be one of Slayer's guitarists, Jeff Hanneman looked at him wide-eyed and replied: "But you're cool!" Later, after (S.A.) Slayer left the stage, following by all accounts a red hot performance, someone jumped on Catlin's back and licked his ear yelling, "You guys kicked ass!" over and over again. Like any normal person, he tossed the rabid metalhead off, only to realize the six-foot-tall super fan he had "suplexed" was Jeff Hanneman.

Are there hard feelings between the members of Slayer and S.A. Slayer? It didn't seem that way even in the 80s, and in 2018, Tom Araya was photographed wearing a shirt memorializing the show during a Slayer gig in San Antonio in 2018. A few photos from the show can be seen on S. A. Slayer's Facebook page, but the real prize is the hard-to-come-by bootleg recording of the gig from November 30th, 1984. Listen to it all go down below. 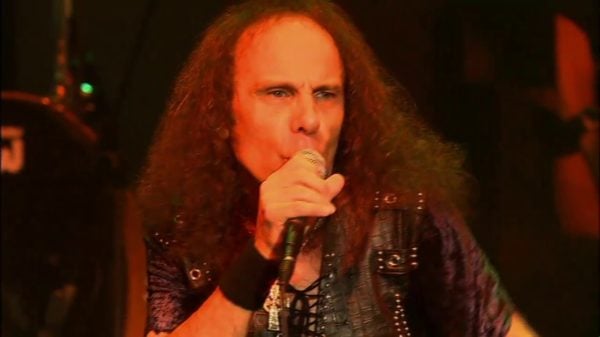 "It's very pop-oriented, and that's not where my strength lies."