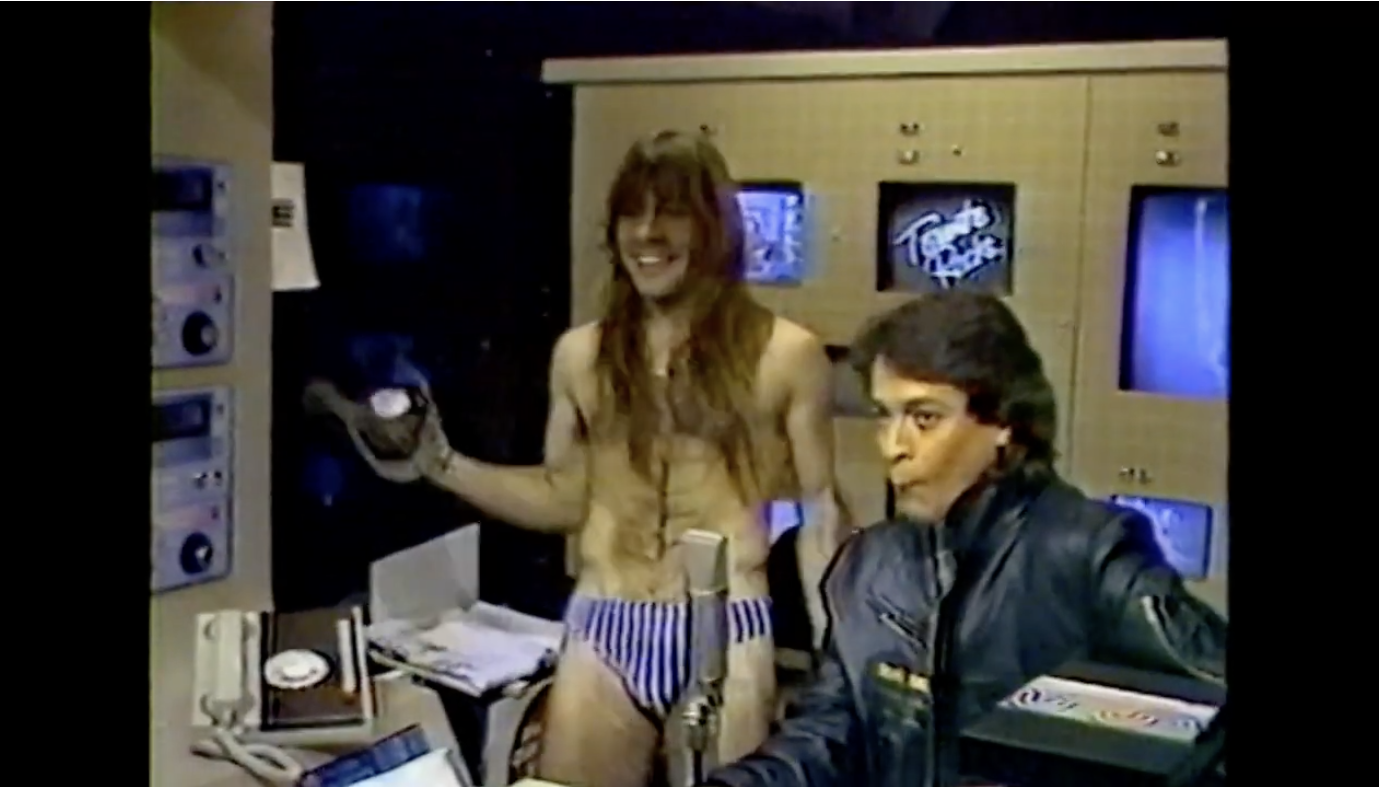 Before we get to the vintage video footage from the great land of Canada, a few disclaimers. First, please prepare your eyes for the amusing sight that is Bruce Dickinson stripped down to a striped banana hammock. Second, the footage of a young Blackie Lawless and almost unrecognizable Chris Holmes of W.A.S.P. being interviewed in bed like the metal version of John Lennon and Yoko Ono is a doozy. So maybe watch that segment while sitting or lying down.

The footage in this post was recently uploaded to YouTube in support of an upcoming book on the 80s metal scene in Toronto, Canada, 'Eve of Darkness-Toronto Metal in the 80s. The book was initially set for a fall/2020 launch, but since 2020 has collectively put most plans on hold, it appears the book will not be out until the winter of 2020. In the meantime, a YouTube channel belonging to the publisher of 'Eve of Darkness-Toronto Metal in the 80s, UBX Press, has been posting tons of live footage, interviews, and more shot during the decade, with tons of bands I've already mentioned as well as Canadian metal bands. Some of the footage was broadcast on television music show The NewMusic which pre-dates MTV. One of the show's hosts, the multi-talented Daniel Richler, had the honor of conducting the bed-in segment with a shirtless Blackie and Holmes and others in this post.

Let's step back in time and hear King Diamond talk quite candidly about religion and the devil, heavy metal Cannuck Thor being Thor, hanging out in a record shop with Motörhead, and some choice footage of Iron Maiden's first trip to Toronto in June of 1981. Let's start with that!

Television footage of Iron Maiden's first show in Toronto in 1981.

An interview segment with Motörhead inside indie record store Record Peddler in 1981.

Bruce sans pants during his interview on Toronto Rocks, plus interview/live footage of Iron Maiden.

Nothing to see here. Just Daniel Richler hanging out with Thor lifting weights in leather and studs in 1985.