Back in the Day Satanism

Flashback: SLAYER Talks About Satanism While On Tour With A Priest In 1989 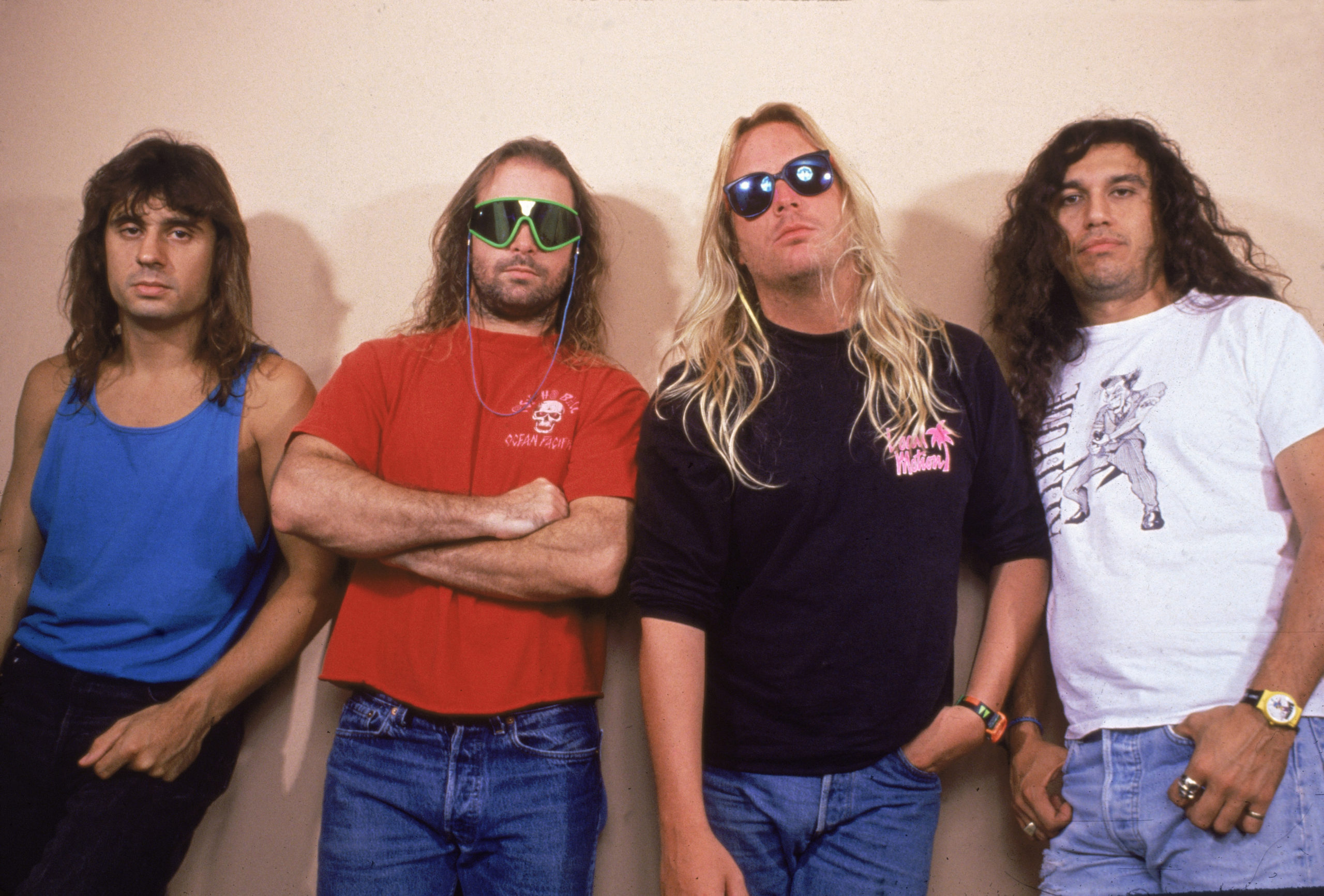 "Tom Araya won't say if he's a satanist. His mother prays for him every night." –Pastor Bob Larson who toured with Slayer in 1989

Before his biblical aspirations took hold, Bob Larsen allegedly played guitar in a rock band as a young teen (noted in Larson's 1974 book Hell on Earth). In 1982, Larson, now an evangelical pastor, debuted his wild radio talk show, "Talk Back." After hosting Bob Guccione Jr. (the founder of Spin magazine) on one of his call-in shows, Guccione got Larson to agree to go on tour with Slayer. Larson would subsequently write about his experiences for Spin. The night before he was to head out on the road with Slayer, Larson asked his Talk Back listeners to call in with questions they wanted Larson to ask the band. Here's a transcript of one of the calls courtesy of Larson's "Desperately Seeking Satan" article in Spin which ran in May of 1989:

David from Ontario, Canada. A seventeen-year-old Satanist into animal sacrifices and Slayer:

"I'm seventeen now, but if the devil gives me what I want until I'm nineteen, then I'll murder for him. I'll kill anybody Satan wants me to. I got into Satanism because of Slayer. It was their lyrics that turned me on. But if there're not really Satanists, I'm going to quit listening to their music."

Well, David, I hate to tell you this, but Slayer isn't here to be your Satanic role models. Or are they? When Larson joined the tour in Germany in January of 1989, he relayed young David's threats to quit listening to Slayer if they were not real Satanists. Araya was quick to respond by blaming David's parents for not paying attention to him or what he was listening to. After one night on the tour bus (after watching The Return of the Living Dead mind you), Larson plainly asked Kerry King, Jeff Hanneman, Dave Lombardo, and Tom Araya if they were Satanists. Here are their responses (noted in the Spin article):

Dave: "That stuff scares me."

Back in the day, Araya was kind of sly regarding the Slayer/Satanism connection. His father Javier and mother Tina were born-again Catholic lay ministers, and the Araya family was raised with Catholicism as a religious guide. Araya, still a practicing Catholic, has said he believes in "God" and prefers to follow his own "personal belief system." Former Slayer drummer Dave Lombardo was never really okay with the band's attachment to Satanic imagery, like the inverted crosses they used on stage or their song lyrics. As adverse to Satanism as Lombardo (also a Catholic) was, Larson was able to verify his experience with Santeria–a religious practice with Cuban roots — just like Lombardo's family. In the article, Lombardo recalls seeing his mother making sacrificial "offerings." However, the young Lombardo never became involved with Santeria and stuck with God and Catholicism, like Araya. Now Larson turns to the "mystery" that is Tom Araya, asking him to clarify if he believes "evil" exists. Here's Araya's, then 28, response:

"Evil could be anything. Someone that does wrong to someone who's very defenseless. If a child is going to be vulnerable, it's because nobody is paying attention and saying, 'We love you.' When we did a remake of 'In-A-Gadda-Da-Vida' (Iron Butterfly, 1968), I changed the words 'I love you' to 'I want you,' meant in a sexual fashion. I don't feel comfortable writing about love."

In a 2015 interview, Kerry King laid out his feelings on Satanism, which still align with his initial impressions on the subject from 1989:

"Look, I can get into anything I write about. I can write about serial killers; I can be a fucking Satanist. I'm not a Satanist, I'm an atheist, but I write the best satanic lyrics on the fucking planet. And it's great entertainment. And religion is the funnest thing to make fun of."

There is another compelling piece of Slayer satanic panic history–the horrific murder of fifteen-year-old Elyse Pahler. Pahler was raped, strangled, and stabbed fifteen times by three minors as a sacrifice to Satan. The trio were in a band called Hatred (modeled after Slayer), and they hoped that by "sacrificing" Pahler, they would become successful. One of the boys, who was only fourteen, told the police that Slayer's music had gotten "inside his head" and he was embarrassed to have been so "influenced" by Slayer's music, adding that it "changed the way he looked at things." Five years after her murder, Pahler's parents sued Slayer, contending that the boy's love of the band had motivated their daughter's murder. The case was thrown out in 2001, but it deeply affected the group, especially Tom Araya. In 1998 he briefly spoke about Pahler's senseless murder to Guitar World:

"They're trying to blame the whole thing on us. That's such [expletive]. If you're gonna do something stupid like that, you should get in trouble for it."

This statement by Araya ties us back to his thoughts from 1989, affirming his belief it is the responsibility of a parent to be tuned into their kids, so they don't miss warning signs. In this case, the warning signs were fully present, as the trio planned the terrifyingly complex murder of Phaler for over two months while swallowing LDS, booze, and more.

Getting back Larson's first experience seeing Slayer live in Germany – at the show, he didn't don his clerical collar. He wandered around the general admission gig with his notepad asking questions with fans of the band, some of whom identified as "hardcore Satanists," down with worshiping the devil full-time. When Larson reflects back on his tour time with Slayer, it would be his extensive theological conversations with Araya that would stick with him. The pair had long, thoughtful discussions about God, the existence of heaven, hell, and the devil. Here's a final thought on Araya by Larson:

"If there was one guy who really needed an exorcism, it was him. It's like he knew too much, and he, therefore, was accountable for much more. As I recall, he didn't totally dismiss the idea of personal Evil. But the idea that he would be an agent of that Evil? No."

I always thought the answer to "Am I Evil" was "yes I am!" but I'm not in Slayer as far as you know. To wrap this heavy metal history lesson, here's a 120-decibel throwback audio of Slayer kicking the shit out of "Behind the Crooked Cross" in Germany in 1989. You can find it on the bootleg from the same year, It Came Out of the Sky.