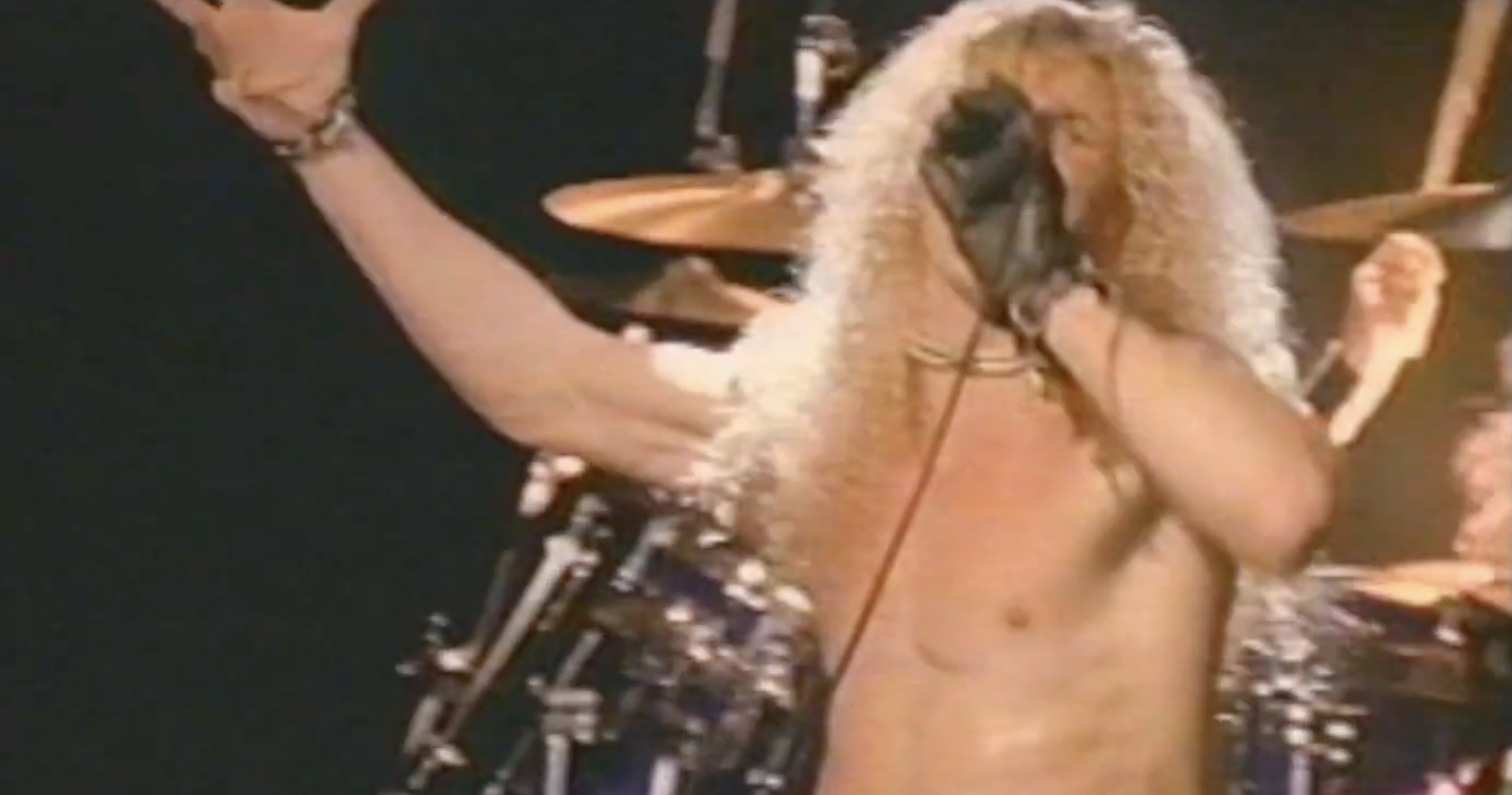 "I'm like Jason in 'Friday the 13th.' You can't kill me." – Dee Snider declaring that his post-Twisted Sister band Widowmaker will become 'the band of the 90s' in 1992.

We have a lot to thank Dee Snider for. After forming Twisted Sister, Dee and his bandmates would be instrumental in the creation of the hurtling comet that was heavy metal starting in the late 1970s. The band officially transitioned from glam-rocking their way around New Jersey and the East Coast – often dressed in women's clothing and platform shoes – to a more heavy metal sound. The vision of an already 6' 1" Dee Snider dressed to shock and impress while wearing boots that helped him tower over the crowd at nearly seven feet (much like Tubes' vocalist Fee Waybill) is certainly one of the more compelling images from the world of 80s heavy metal. Once Twisted Sister shifted from glam to heavy metal, things started happening for the band, who had already played thousands of shows, recorded demos, and sold out the three thousand-seat New York Palladium without the help of a record label or radio stations. The first Twisted Sister album (Under The Blade, produced by Pete Way) wouldn't arrive until 1982, and their well-established fan base ate it up. Later, in 1984, the album Stay Hungry would turn Twisted Sister's rising star into a full-fledged comet, burning through Earth's atmosphere that nobody could look away from. As a child of the 80s, it seemed pretty reasonable to believe that Dee and the members of Twisted Sister were living the high life thanks to the titanic success of Stay Hungry.

But the reality was light-years away from the truth. Even if you sell three million records. Despite Dee's heroic takedown of the PMRC in 1985 (which helped illuminate the fact that Snider wasn't just a shock rocker with no substance), the band wasn't blowing their dough on hot cars or chicks, because they didn't have any. Here's Dee on being broke back when the band was at the height of their fame:

"Twisted Sister didn't start receiving any album sales royalties until we recorded [in 1997] 'Heroes Are Hard To Find' for the Strangeland soundtrack [released in 1998]. In order to get the band to reunite the record label wiped our debt out. The band had been broken up for ten years, we had sold tens of millions of records and we had not gotten one royalty check."

This brings us back to the fact that Dee Snider has pretty much done it all. His first film, Strangeland, would surprise horror-lovers and has since become a bonafide cult classic, with Dee in the starring role of Captain Howdy. With this, Snider would add screenwriter and actor to his growing resume. Following his split from Twisted Sister in 1987, Snider would continue to make music. Desperado, his first post-Twisted Sister band, would die a sudden death thanks to their label Elektra (which Dee has referred to in the past as "Neglektra"). Still, Dee persisted and formed another band, Widowmaker – a band that would be embraced by the legions of "S.M.F.F.O.T.S." (Sick Motherfucking Friends of Twisted Sister) and headbangers upon the release of 1992's Blood and Bullets. And still, with all this under his studded belt, I'm merely scratching the surface of Snider's vast accomplishments, and what he's been through during his career, especially when it came to retaining the rights to his songs and music.

But that's rock and roll for you. Survive the hail of bullets and blood and maybe, just maybe you'll make it someday.

Dee took the loss of Twisted Sister pretty hard. In his words, the band's slow demise left him "heartbroken." He believed the band was going to go on "forever" and to "grow, change, and mature" with the passage of time. He formed the short-lived Desperado with former Iron Maiden timekeeper, Clive Burr and the late Bernie Tormé (Ozzy Osbourne, Ian Gillian), rounding out the band, with Marc Russell on bass (Bob Daisley of Ozzy fame was also involved in the project). The album was developed, demoed, and recorded over the course of three years only to be dropped right before its 1990 release date by Elektra. Dee specifically called out the former head of Elektra Bob Krasnow as the person responsible for killing  Desperado's first record, Bloodied But Unbowed. You see, Krasnow didn't just pull the plug on Bloodied But Unbowed. He was also instrumental (and likely fully responsible) for forcing Dee to pay for three songs recorded for the Desperado album, so that he could use them for his new project, Widowmaker. Dee has noted the price-per-track cost him $40k each. The bad blood between Snider, Krasnow, and Elektra never passed. When Krasnow passed in 2018, Snider let his feelings for Krasnow be known to all of Twitter. A sentiment seconded by his former bandmate, Bernie Tormé.

With the addition of the great Al Pitrelli (Alice Cooper), former Twisted Sister drummer Joe Franco, and Marc Russell on bass, the band got to work on their first album,  Blood and Bullets. It ended up combining musical influences from the 1970s, the 80s, and a bit of what was happening in the 1990s. It also included reworked versions of Desperado material (which Dee had to pay for), and the tracks "Emaheeful," "Gone Bad," "Calling for You," and "Easy Action." It also includes a cover of "Evil" originally written by Willie Dixon and performed by Howlin' Wolf in 1954. The vast majority of the songs on Blood and Bullets were composed by Snider, Tormé, and Pitrelli. The fifth song on the album, "Reason to Kill," was dedicated to Elektra Records further reinforcing Dee's detestation for the label. One really can't blame him for that.

A year before Blood and Bullets was set to hit the shelves, Nirvana released their second record, one that would take over the world, the gargantuan Nevermind (1991). Not only did Nevermind become an international sensation, but it is also noted to have been the sound that displaced heavy metal as everyone's favorite genre. Despite this shift in the musical landscape in the early 1990s, metal bands and their variants (hair, glam, etc) were still releasing solid albums and rolling out successful tours. In 1990, Megadeth released the universally praised Rust in Peace, earning them a Grammy for Best Metal Performance in 1991. Likewise, Alice In Chains hit us with Facelift – and while it didn't deliver the long-coined "death blow" to heavy metal, it didn't exactly not forcefully punch metal in its snarly mug. 1991 brought us Metallica's mega-successful fifth release best known as The Black Album, and Skid Row's Slave to the Grind (1991) went on to become the first metal record to hit the number one spot on the Billboard 2000. Widowmaker had signed with Esquire, who sadly didn't seem to know quite what to do with the band. Blood and Bullets was well-received by Snider's already large fan base and beyond, but without support from Esquire, they were stuck playing clubs, and the lackluster promotion by their label didn't help matters. Then, when Skid Row was in need of an opening act, it appeared Widowmaker was going to get the gig. Again, Esquire proved to be inept at championing the band and the slot would go to Pantera who had just released the seminal Vulgar Display of Power in February of 1992.

This brings us to the band Warrant (stick with us here), and a rather pivotal first-hand perspective about the great Metal vs Grunge Death Match from Warrant's vocalist, the late Jani Lane. The band was back with their third record, Dog Eat Dog (1992). Lane recalls paying a visit to the then president of Columbia Records, Don Lenner, and seeing a massive poster for Alice In Chains' second album, Dirt hanging above Lenner's secretary's desk. Lane immediately thought the worst, saying to himself, "Hello, Seattle…goodbye Warrant." And he wasn't exactly wrong.

By the time the follow-up to Blood and Bullets (Stand By For Pain, 1994) was ready, Esquire had gone under. Like other rock and metal bands from the 80s, they found a home with the indie label, CMC International. Formed in 1991, CMC became a heavy metal mecca of sorts for bands that were experiencing the same kind of lack of support Widowmaker was getting from Esquire and other labels that had switched their gears for grunge. And Widowmaker was in great company along with Judas Priest, Iron Maiden, and Motörhead. Sadly, Stand By For Pain would be the final Widowmaker album.

We all know this isn't where Dee's story ends, but it was close. Here's what Dee's life was like after Widowmaker called it quits (taken from a 2015 interview with Rolling Stone):

"By 1994, I was flat broke. I had lost every penny I made. I was riding a bicycle to a desk job for $200 a week answering phones in an office, having people come in and go, 'Aren't you that guy…?' and lying and saying, 'No, I'm not,' because I was so embarrassed. It was not exactly the ride I expected. I was desperately trying to regroup and reinvent myself and figure out what I was going to do for the next 50 years because the money ran out."

So in addition to heavy metal superstar, screenwriter, actor (stage and screen), author, television host (HOUSE OF HAIR! NEVER FORGET!), radio show host/DJ/VJ, voice actor, and free speech advocate, we can also add survivor to Dee's list of accomplishments. If you missed Blood and Bullets the first time around, it's safe to say that it still sounds great 30 years later. And this, our headbanging pals brings us to this; the 30th anniversary of Blood and Bullets is July 28th, 2022. With vinyl sales being as strong as ever, maybe, just maybe we'll see this vintage 90s gem get a proper vinyl pressing like the classic Twisted Sister catalog has gotten over the years. While we wait on that, check out the official video for "The Widowmaker," and "Long Gone," as well as live footage of Widowmaker performing live in 1993 at Spit (RIP) in Levittown, New York on December 11th. 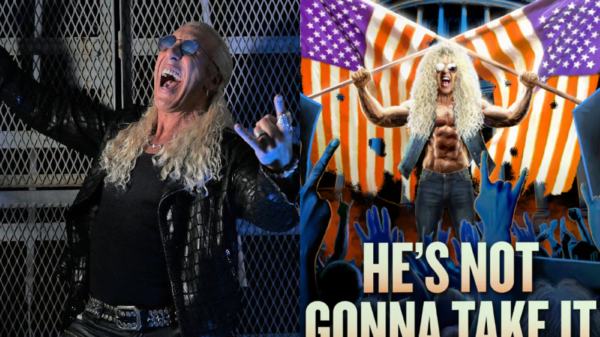 He goes on vacation for three weeks first, though. Even an Energizer bunny like Dee needs some R n' R!