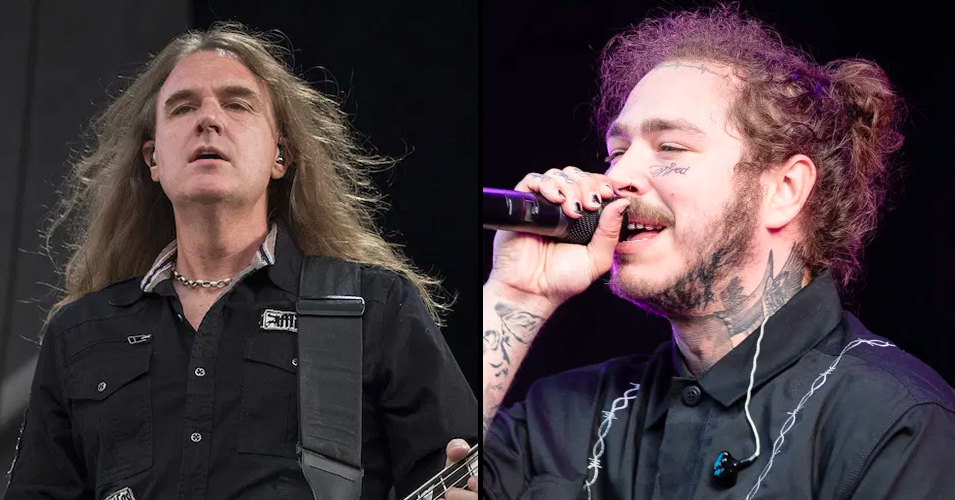 Post Malone surprised David Ellefson on a recent livestream the Megadeth bassist was doing, and during the chat Malone talked about his favorite metal bands.

We've spotlighted Post Malone's metal roots. He started in an Asking Alexandria cover band, long before the transition to hip hop. Of course, last year, he got Ozzy to appear on one of his songs and returned the favor for Ozzy's solo record.

Malone made sure to show off his tattoo in tribute to Megadeth's So Far, So Good… So What! album. "Fucking so awesome," Ellefson praised. "Thank you dude."

Malone also noted he has a Dimebag Darrell tattoo on his finger.

Malone named Megadeth, Metallica, and Pantera as his favorite bands. "I'd say y'all, I mean Megadeth's gotta be the best for me. I love Megadeth, I love 'Tallica, fuck man so much shit," Post responded. "I love Pantera. I got to meet Phil [Anselmo] backstage at a show. He's a cool ass dude." Malone went on to do an incredible Phil Anselmo impression. Here is the part where Malone comes onto the show.