Watch: PHIL DEMMEL Fills In On Guitar With LAMB OF GOD At Canadian Shows 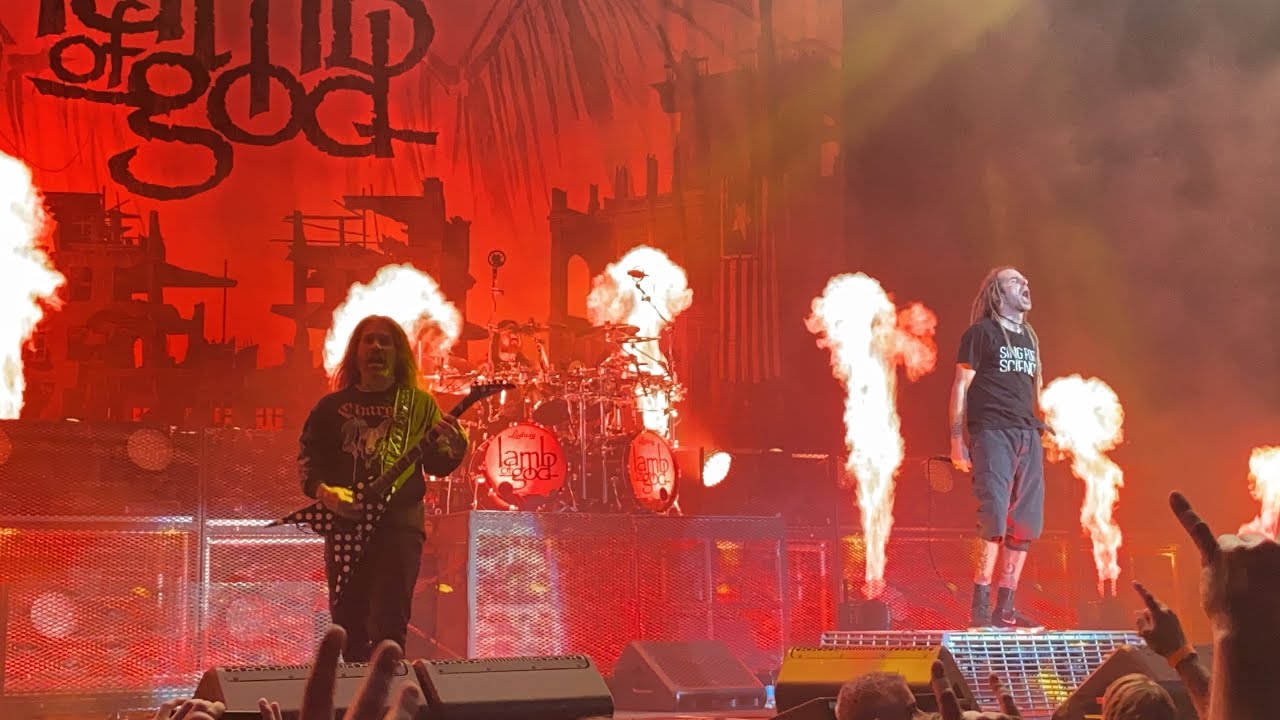 Lamb Of God is really putting Vio-lence guitarist Phil Demmel to work on their current tour. Demmel recently filled in on bass with the band after Lamb Of God bassist John Campbell had to step away, and now he's back on guitar duties for the band's rescheduled Canadian dates. Check out Demmel in action below, tearing it up as we all expect him to at this point – dude is just a machine.

Lamb Of God's tour with Megadeth, Trivium and In Flames proved to be an interesting one. Vocalist Randy Blythe unfortunately contracted COVID sometime during the tour and missed the band's April 19 show in Grand Rapids, MI. Lamb Of God recruited Chimaira vocalist Mark Hunter to take Blythe's place alongside tourmates Anders Fridén of In Flames and Matt Heafy of Trivium, and everyone did a fantastic job with the material.

Unfortunately Hunter came down with a non-COVID-related ailment as well shortly after the show (Hunter said it was due to a genetic condition), forcing Lamb Of God to drop off their show on April 21 in Fort Wayne, IN. Then the band played their show in Green Bay, WI at the Resch Center on April 22 with vocalist Joe Badolato from Fit For An Autopsy filling in for Randy Blythe, who also crushed it. Blythe eventually recovered and finished out the tour. The remaining two shows are as follows: