The 20 Underground Metal Bands You Might've Missed In March 2022 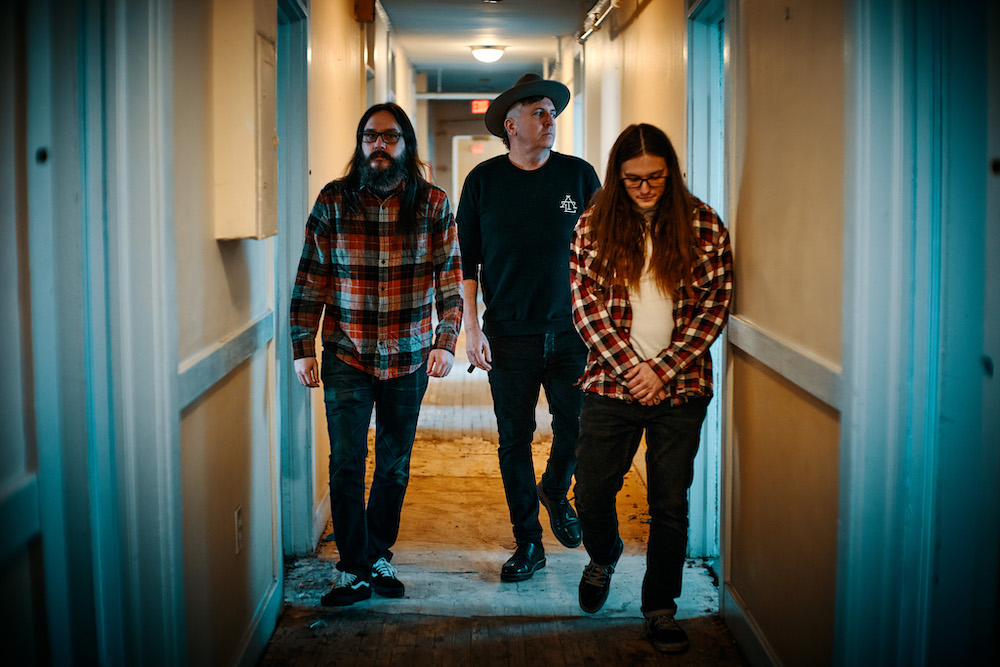 Looking for something new to listen to? Get acquainted with these tracks from some lesser-known bands that came out in March thanks to our monthly Underground Roundup! Check out our cumulative playlists below featuring this month's edition, as well as all the previous months as well.

Alexisonfire recently announced their first new record since 2009 titled Otherness to be out on June 24. The band celebrated the announcement with a slow-burning new single "Sweet Dreams Of Otherness," which vocalist George Pettit said is "about performance and embracing a new found confidence in a state of peculiarity." Pre-order Otherness here.

Danish death metal band Baest is back with a new single "Gargoyle" featuring The Black Dahlia Murder vocalist Trevor Strnad. The song seems like it would've been heavy enough without Strnad, but why stop at "heavy enough" when you can go for complete and total destruction? Baest will release their new record Justitia on May 27. Pre-orders are available here.

Swedish heavy rockers Besvärjelsen are back with a brand new single "Digerliden," whose runtime is the perfect marriage of driving doom and straightforward rock. Pretty much exactly what you'd want from the band at this point, especially given their excellent hooks. Besvärjelsen will release their new record Atlas on May 27. Pre-orders are available here.

Cancer Bats's new, driving single "Lonely Bong" comes alongside a pretty funny music video directed by Mitch Barnes. The video features Fever 333 guitarist Stephen Harrison stepping in to fill the vacancy left by Scott Middleton, though no word on if Harrison is joining the band in any capacity. Psychic Jailbreak is due out April 15 and pre-orders are available here.

Cave In is now streaming their super heavy, energetic new single "New Reality." The single is their first with bassist and vocalist Nate Newton (Converge, Doomriders, Old Man Gloom), and also pairs with the announcement of the new Cave In album Heavy Pendulum. The album is out May 20. Pre-orders are available here.

Conjurer has been making waves in the underground over the past few years, and is finally releasing their Nuclear Blast debut album Páthos on July 1. Conjurer's new single "It Dwells" is the perfect marriage of sludge and chaotic death metal, making it pretty clear why they've been making waves and gotten to this point – they're incredible. Pre-orders for Páthos are available here.

Crypta is now streaming their steamrolling new single "I Resign" alongside a video directed by the band themselves and Estevam Romera. The single is off a coming 7" included with the Echoes Of The Soul reissue, featuring the track and a live version of "Shadow Within." Grab a copy here, should you feel the need to level your entire house.

Devil Master is back with "Acid Black Mass" off their coming new record Ecstasies Of Never Ending Night. Or as lead guitarist Darkest Prince puts it, "It's the perfect evolution of our sound. It's Japanese metal-punk d-beat meets black metal. There's plenty of GISM and Mobs in there, but also Celtic Frost and Gorgoroth." Ecstasies Of Never Ending Night is out April 29 and is available for pre-order here.

Ecstatic Vision is back and they're trippier than ever! The band is now streaming their psych-heavy new single "March Of The Troglodytes/Elusive Mojo" ("March" being more of an intro to "Elusive") off their coming new record Elusive Mojo due out May 13. If you're looking for a song on this list to accompany you on a blast off into space, this is definitely it. Pre-orders for Elusive Mojo are available here.

Envy Of None – "Look Inside"

Envy Of None, the new project featuring Alex Lifeson (Rush), Andy Curran (Coney Hatch), Alfio Annibalini, and vocalist Maiah Wynne, is now streaming their new and extremely stonery single "Look Inside." The single comes alongside a video featuring Wynne and directed by Jaden D. Envy Of None will release their debut self-titled album on April 8. Pre-orders are available here.

God Mother is back with a new song called "Teething" off their first new EP in five years Obeveklig. Aside from the insane new single and disorienting-to-the-max video that accompanies it, God Mother has also received a blessing from The Dillinger Escape Plan guitarist Ben Weinman. So you know it's good. Pre-orders for Obeveklig are available here.

Holy Fawn – "Death Is A Relief"

Holy Fawn is now streaming their dark-as-hell new single "Death Is A Relief" alongside a video directed by PJ Koelbel, which frankly freaked me right the hell out. So watch it at your own risk, but do listen to the song – it's a dreamy track that only gets progressively darker. Stream "Death Is A Relief" here, and catch Holy Fawn on tour at one of the dates here.

John LaMacchia, best known as the guitarist for Candiria, has launched a new solo project LaMacchia that's more in line with artists like Massive Attack, Doves, and Radiohead. Check out the debut single "Bled Out" below featuring both LaMacchia and Sabrina Ellie on vocals. The song is off LaMacchia's debut album Thunderheads, available for pre-order here.

Master Boot Record, the synthesized metal project headed up by Love, recently posted their new single "80486DX" off the coming record Personal Computer. "80486DX" is another prime example of Master Boot Record doing their whole "synthesized metal from hell" thing extremely well, if not with a touch more aggression than usual. Pre-orders for Personal Computer are available here.

Tallah is back with a brand new album The Generation Of Danger due out September 9, and more importantly, a frenzied new single "Telescope" to get jammed into your brain right now. Or at least as much as you can get jammed into your brain given the insanity of the song. Pre-orders for The Generation Of Danger are available here.

Prayer Group's new single "Numbers" is as pissed off as it is pretty funny, mostly thanks to its Office Space-esque ending. Though when you're banging your head as furiously as you're about to be, only the pissed off-ness matters. Prayer Group's new album Michael Dose (an in-joke mispronunciation of "microdose") is available here.

Grammy-nominated guitarist Sin Quirin (ex-Ministry) has teamed up with vocalist Pedro Sanchez (Transtorno) for a cosmically heavy new band called Siglos. The band is now streaming their debut single "Por Los Siglos," which absolutely crushes. Follow Siglos on Facebook as they continue to roll out new music, and grab the single here on Bandcamp.

Whores' new single "Imposter Syndrome" is noisy-as-all-hell and heavy to boot which, if you've ever heard anything this band has ever done, is unsurprisingly devastating. We're still waiting on a brand new Whores album announcement (which should be coming soon), but in the meantime you can catch 'em on tour with Bummer and Capra.

Wormrot has returned to us all with a new single called "Behind Closed Doors" and a new record called Hiss due out July 8. If you're looking to get your head ripped clean off today, then you're gonna wanna turn this one up as loud as humanly possible. Hiss is Wormrot's first new record in six years and is available for pre-order here.