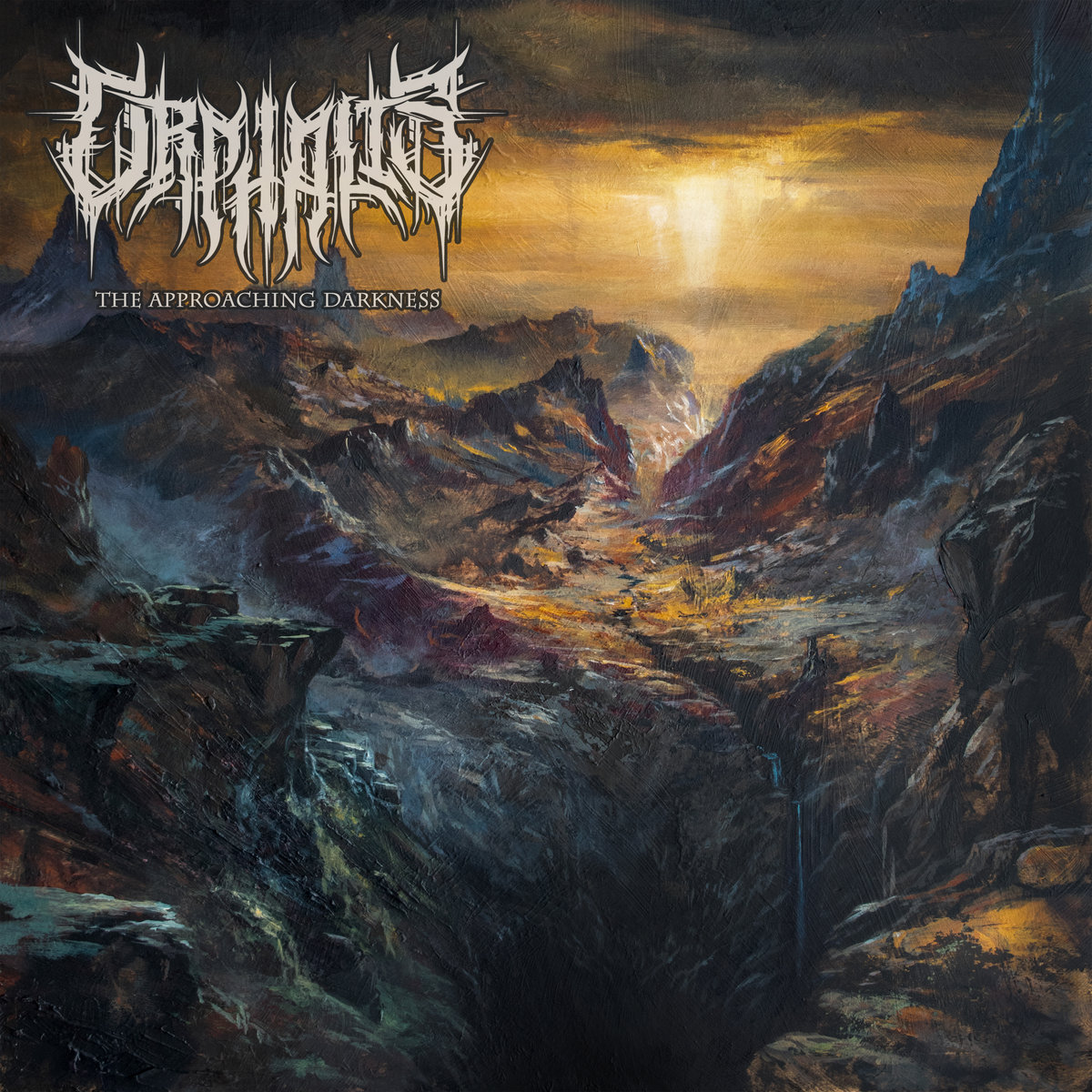 I’m psyched to be hosting an early album stream for Orphalis – The Approaching Darkness today ahead of it’s release this Friday, June 7th through Rising Nemesis Records. You can scroll down and hit play below on the album stream now, 0r, as usual, read on for more about the band and the release first.

Orphalis first got on my radar with their 2016 album, The Birth of Infinity, their second album, which was a proficient technical brutal death metal effort hinting at greater potential enough of the time to make me keep on eye out for what they dropped next. I’m glad I kept track of them because their new album, The Approaching Darkness, is by far their strongest and most dynamic effort to date.

There's been a growing field within technical brutal death metal and brutal death metal as well to introduce newer death metal permutations on the dissonant, atmospheric, and progressive death end into their main sound. Orphalis have finally taken that leap forward towards expanding their sound on several fronts with The Approaching Darkness. From beginning to end, the songs here make for a starker and more emotive experience beyond all of its massive brutality, unreal heaviness, and fretboard melting at the core which the band was already pulling off well.

In some ways, the album reminds me of last year’s Anachronism album, like Anachronism – Orogeny from last year. The Approaching Darkness is a brutal minded tech-death effort exploring a darker and somewhat progressive death metal-tinged place . Disentomb is also as a good reference point to gauge whether you may like this bleak and brutal release or not, though this still has some Origin and Brain Drill hyper shredding to it, unlike Disentomb who don't go for much of that soundwise.

I asked the band if they might be willing to share a bit more about The Approaching Darkness and they shared tgat "The Approaching Darkness" is our most accomplished endeavor in blending our Technical Death Metal roots with atmospheric, dissonant and blackened elements to date, though there are still some pure Tech bangers on the record. The collective and personal graves we as humanity are digging for ourselves from day to day, as well as bleak glimpses into what's to come, are strong themes through great parts of the lyrics and the title in combination with Adam Burke's stunning artwork encapsulates this perfectly." That pretty much says it all, but, I still have to comment on the artwork because Adam Burke's work is beautiful and fits this album aesthetic like a glove.

In a lot of ways, The Approaching Darkness shows an experienced act really coming into their own in a powerful way. So check out our early stream of the album below and see how you feel about it. If you’re into it, orders can be placed through Rising Nemesis Records and the Orphalis Bandcamp Page. You can follow the group over on the Orphalis Facebook page.