Hey there techfiends, it's that time of the week again. It seems a lot of you enjoyed last week's The Ritual Aura song premiere, so I'm happy to mention there are more sick premieres coming in this space throughout September and also some in October. Before we dive into today's focus, here's the usual weekly reminder that if you're looking for more cool music, all prior editions of this series can be perused here.

Since their inception over a decade ago, Gigan has delivered one of the most memorable and creative discographies of any modern tech-death band. Across three previous full-lengths and their debut EP, the group has created a unique and singular style of technical death metal that's completely alien and bizarre in the best way possible, and one which runs circles around damn near 99% of what's out there. Given that, their upcoming fourth album, Undulating Waves of Rainbiotic Iridescence was on a very short list of my most anticipated releases for all of 2017. While I'm not surprised at how good the album is, I am happy that the band continues to find ways to push their sound forward this far into their career.

Some of you may recall that I helped launch the second early single here in this very space for "Clockwork With Thunderous Hooves", which has ended up being one of my favorite songs on the album over time. And time is precisely what's needed when dissecting music this layered and multifaceted, this utterly maddening and terrifying, and with a density to it that rivals the explosive capacity of a nuclear bomb. For those new to the band, I often describe them as Gorguts meets Hate Eternal on acid (with mathcore chaotic tendencies and focus on tapping heavy guitar work) in space.

Undulating Waves Of Rainbiotic Iridescence begins with a lengthy multi-part ten-minute world destroyer of a jam entitled "Wade Forward Through Matter and Backwards Through Time, and then later on, ends on another lengthy sprawling ten minute long track, "In Between, Through Form and Void". Massive openers and closers have been a Gigan staple for some time, but I have to give the band credit for blurring the lines ever further between their default often separate song modes of hyper-fast and stewing in atmosphere and eerie dissonance at a slower pace from separate entities usually, into a blur of the two when it comes to the scope and flow of the two mammoth tracks that start and end the album.  In between them, you're treated to a bevy of shorter but no less mind-melting tracks, including the inimitable dose of alien mania that is track two "Elemental Transmography" which is linked below. Followed by another early single also embedded below, "Plume of Ink Within A Vacuum". Following those two, you get into the meat of the album not yet made public, which includes some of my personal favorites on the album one after the other.

Then "Ocular Wavelengths Floral Obstructions" kicks in and again sees the group veering towards the longer side of things at 8 minutes, built upon a warped Morbid Angel type riff for its opening before devolving into their abstract war on alien beings and impossible sights that are embodied within the oddball riffs and leads of Eric Hersemann and pushed forwards by the percussive insanity of Nate Cotton and the foreboding and unholy emanations of vocalist Jerry. Following that we're treated to a song that embraces the bands love for atmosphere and psychedelics from its onset on the aptly titled song, "Hideous Wailing of the Ronowen During Nightshade. Once again this is another track that starts off almost doomy and dreary, before exploding towards their faster and zanier selves as the track progresses. Building up steam for the astral wars about to be waged. After that concludes, you're treated to my favorite one-two punch on the album prior to the closer, the god-tier jams that are "Hyperjump-Ritual Madness" another song that lives up to its inventive title, followed by "Clockwork With Thunderous Hooves" which I premiered in this space in July. It's hard to pick favorites when the material is this good, but I will say, "Hyperjump-Ritual Madness" as of right now, is my favorite song on the album.

Undulating Waves Of Rainbiotic Iridescence is an incredible technical death metal album. equal parts extreme ambition, furious and complex hyper-active blast and shred passages, atmospheric focused moments across the album, extreme doses of unearthly dissonance, plus their signature psychedelic element woven in as always, making for truly epic stuff as a whole that feels like its own world and musical language. If you consider yourself a death metal connoisseur than this album is a ten-course meal one must seek out,  though a fair warning should be given that experiencing its depths will cause involuntary orgasms to arise while it leads you to your death amidst the psychedelic nightmares one can only envision to exist in other universes and realms.

For a final summation, one of the most brilliant and unique bands in the tech death sphere has done it again. When I say they are one of my favorite technical death metal bands, a large part of what that means is they're one of a handful of bands whose every release is played by me endlessly, even years after their initial release. I have no doubt I'll be jamming Undulating Waves Of Rainbiotic Iridescence for years to come, especially since I have yet to stop jamming the three prior full-lengths and initial EP at all.  I would have waited to post a review for Undulating Waves until it was out, but I have exclusive premieres set for the remaining weeks in September so I wanted to post it now ahead of it's official release next Friday, September 15th through Willowtip Records.

Luckily, there are three singles you can hear early, the one up on Youtube is embedded below. The other two are private bandcamp link embedded songs at various locations so you'll have to click here for "Clockwork With Thunderous Hooves" and here for "Elemental Transmography". If you dig what you're hearing, Undulating Waves Of Rainbiotic Iridescence can be pre-ordered here. Be sure to follow Gigan over on their Facebook page as well.

In this article: gigan 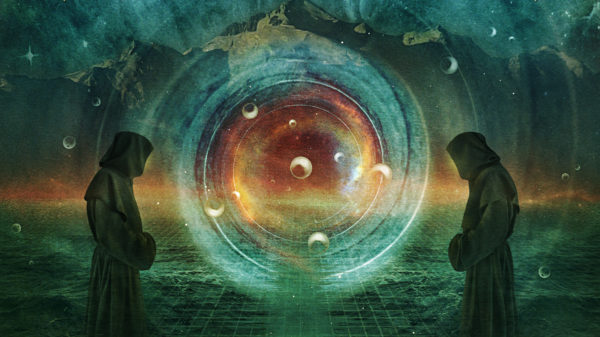 Next week we'll finish out 2021 here with the usual year in review feature listing a top 15 albums list along with other content....

Scene Report: 8 Chicago Bands That You Need In Your life

Here are eight incredible Chicago bands you need to start listening to today!

NIGHTMARER (THE OCEAN, Ex-GIGAN) Bring The Abysmal Heaviness On "Fetisch"

Nightmarer's debut album might be one of the best of the year.