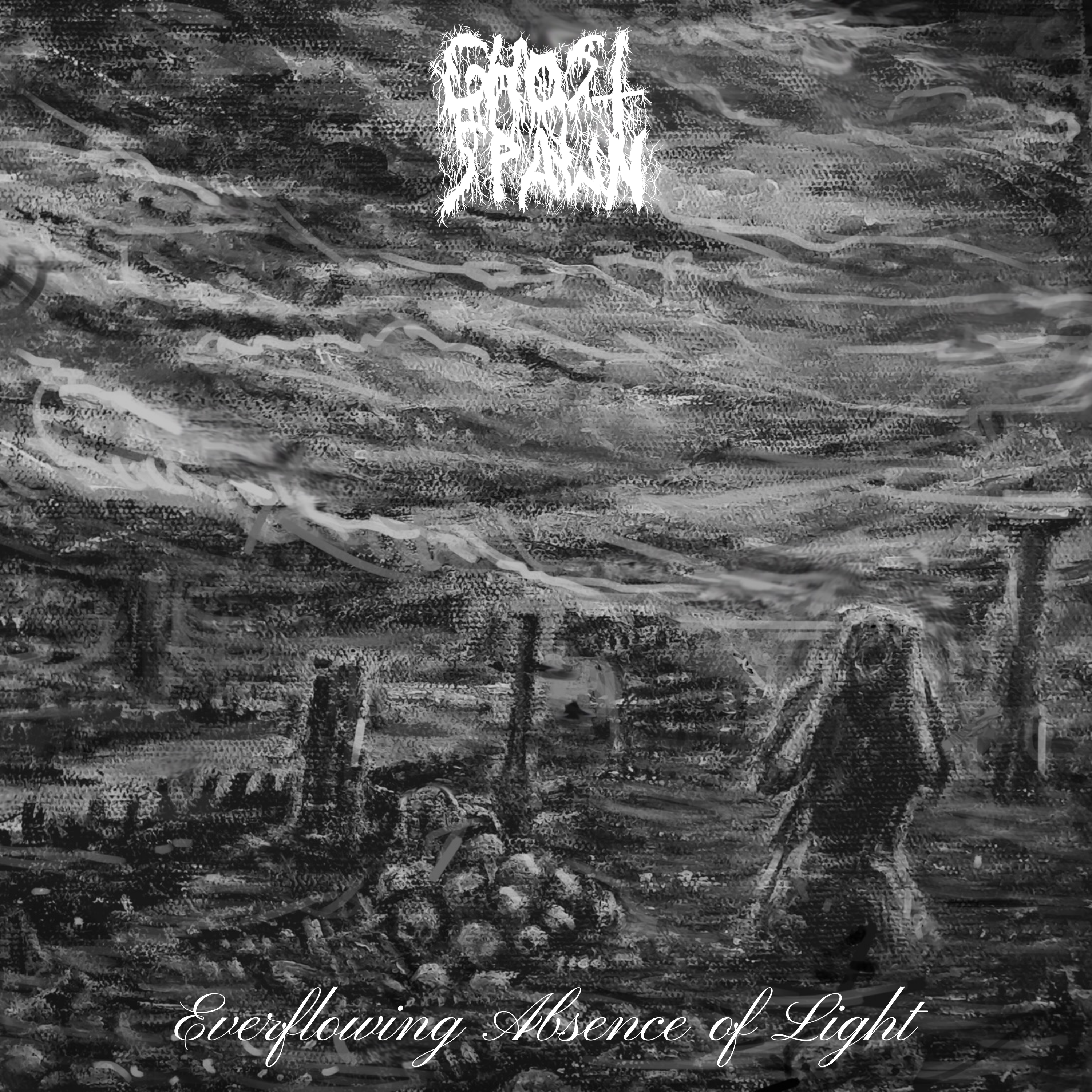 This week we've got a song premiere for Ghost Spawn, a fairly new solo project led by musician Kevin Berstler who is in a fuckton of great projects all with very different sounds. Ghost Spawn – Everflowing Absence of Light comes out on October 1st through Eastbreath Records.

I know it can feel a bit basic to give background information for groups a lot of times week in and week out. But since I'm often covering bands people don't know, it does seem kind of important. Every band has a story to tell and sometimes the line-up itself forms the base of its own story. For Denver, Colorado natives Ghost Spawn, the story here is that sole member Kevin Berstler is a fucking maniac and apparently a music teacher who plays all the instruments here and also does the vocals. Everflowing Absence of Light will be the 2nd full-length (and fourth overall release) from the project since its recent formation in 2020. Ghost Spawn cites influences ranging from Gorguts, Immolation, and Demilich all of which come through on the song we're launching today. Personally, I'd also say this kind of has a Behold The Arctopus, Atheist, and Death vibe in my opinion at times.

Seeing as I helped Diskord with a premiere recently who has an old-school bend to their tech-death style, today's premiere of "Bathing In Putrefaction" will definitely please fans of similar forms of tech-y death metal driven by old-school origins. It is worth mentioning that it would be hard to call the entire album new from Ghost Spawn old-school-minded technical death metal, as the album encompasses more than that but this song delivers on this angle in spades so that's why we're premiering it today.

Says Kevin Berstler of Ghost Spawn, "I believe releasing "Bathing in the Putrefaction of Time" as a single is a good decision because it represents the diverse styles employed throughout the album, especially black, death, and doom metal. You can expect more whammy bar wankery, blast beats, barks and low pitch growls as well as odd time signature and disgusting riffs."

It's always fun to launch something different here, so be sure to give the nasty shredfest that is "Bathing in the Putrefaction of Time" a few spins through the embed below. Pre-orders for the new album can be placed here. You can follow the project over on the Ghost Spawn Facebook Page.

In this article: Ghost Spawn