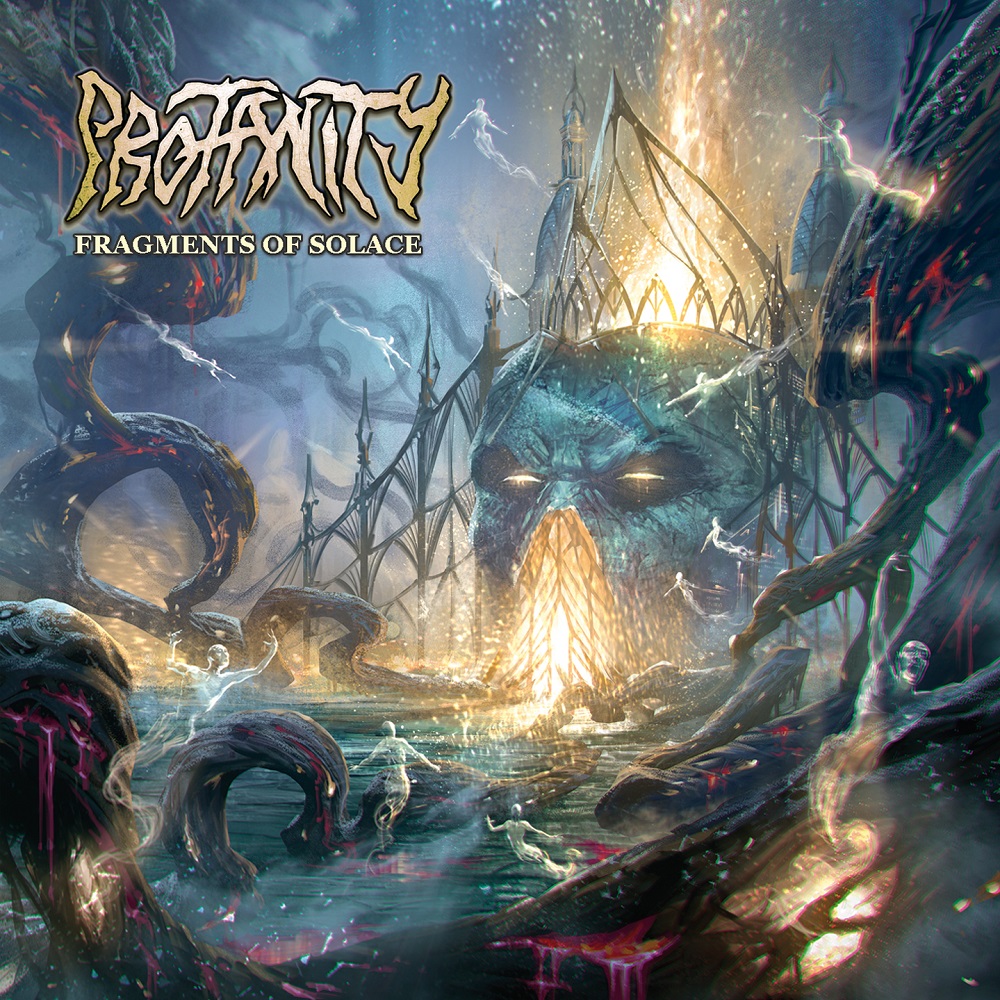 We're getting closer and closer to the end of 2020, yet there are a few more surprises left to drop. One of which is the new album from Profanity called Fragments of Solace. The album drops this Friday and we've got the full early stream for you below. As usual, you can read on to learn more about the band and the release, or, you can scroll below and click play immediately.

Like a lot of people, I first heard of this German-based group due to their 2014 EP, Hatred Hell Within, and their 2017 album, The Art of Sickness. For anyone entirely new to the group, this project has existed since 1993 and they released two albums by the year 2000 before going radio silent (absent a 2002 single) until Hatred Hell Within signaled their return.

As The Art Of Sickness made abundantly clear, they are all about what that title stated, delivering diverse technical brutal death metal with a strong melodic and neoclassical flair as well. Inducing a sensory overload that is, to be succinct, an art built on sickness. Primarily drawing from a Suffocation, Decrepit Birth, and Deeds of Flesh framework while doing so in such an over-the-top and eclectic way that I have a hard time finding other bands I can meaningful compare them to beyond the aforementioned three acts.

Now we're at the stage where Fragments of Solace is just days away from coming out and it's one of the better tech-death releases I've heard this year. If you're looking for a record that blends the best of the old-school with the best of the modern era, Fragments of Solace is right up there with the best of them. If anything, it seems like the overload of technical brutal death metal in the "California" style has diminished considerably due to over abuse. If you're missing that sound, look no further than this album! There are times where their desire to jam as much in a song as possible can feel a bit much, but, that could be said of any tech-death group I know to be fair.

Just like on their prior album, Profanity has once again assembled a killer crew of guest musician spots to add that something extra all over Fragments of Solace. This includes Terrance Hobbs of Suffocation, Dave Suzuki who is known for his time in Vital Remains, Matt Sotelo from Decrepit Birth, and several others! Their inclusion alone is a clear sign this is a quality release that several of the greats wanted to be a part of it. Consisting of seven songs and just over 40 minutes in length, Fragments of Solace has a solid mix of shorter barnburner and lengthier tracks where the group gets to really show what they can do that few others can.

So be sure to check out our early stream of Profanity – Fragments of Solace below. I'm over a dozen spins in to this album myself and still need to hit play quite a few more times to really grasp everything going on here. If you like what you're hearing, you can order the album via Bandcamp here. You can also follow the group on Facebook.

In this article: Profanity