Don’t Miss Out On One Of 2021’s Finest Gems, LOGISTIC SLAUGHTER - <em>Lower Forms of Life</em> 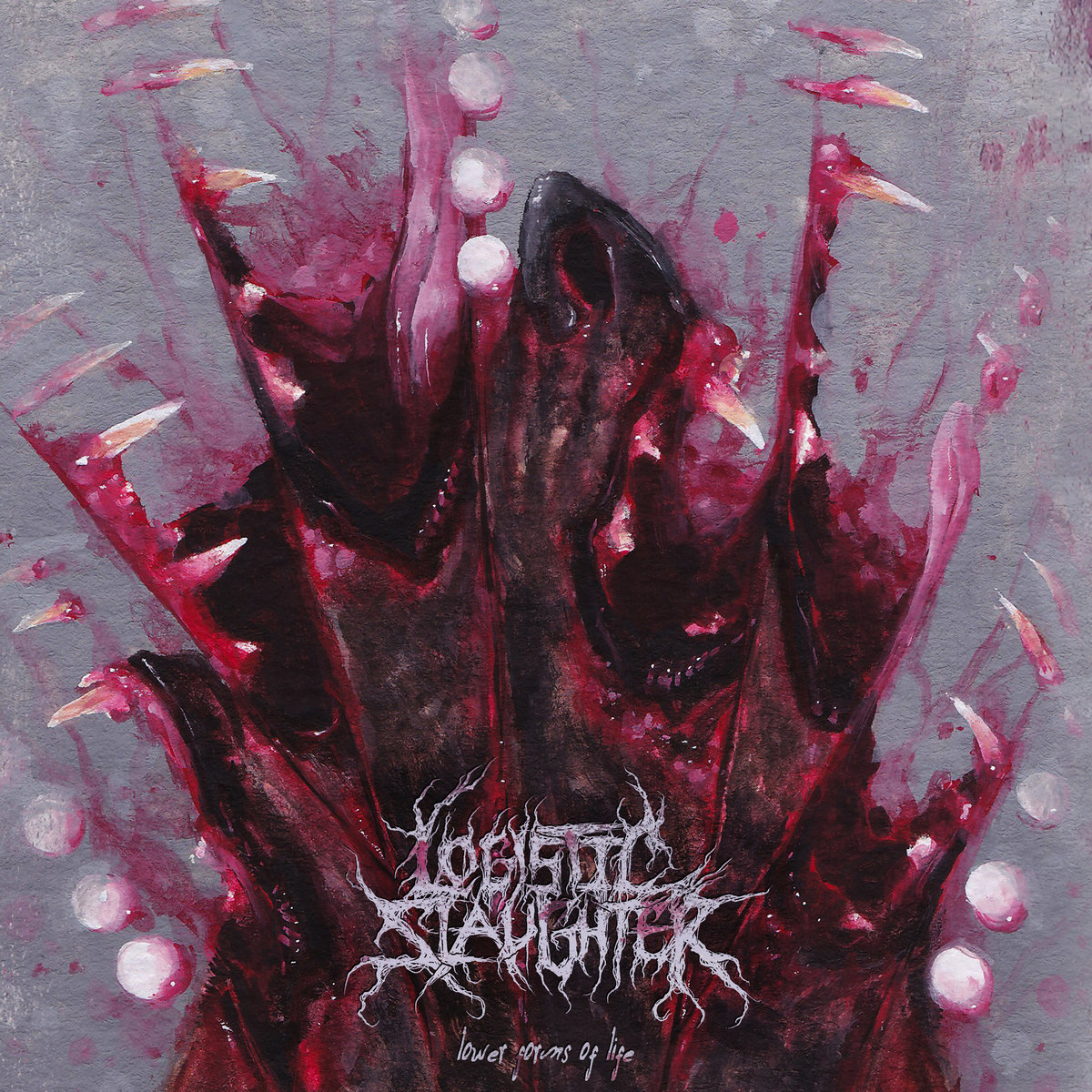 I'm back with a review this week of Logistic Slaughter – Lower Forms of Life which dropped on April 30th through Ungodly Ruins Productions. But make sure to tune in the next few weeks because I've got the early album stream for new Willowtip Records albums from Cathexis and Noctambulist, followed by a Replicant song premiere, and an early full stream of the new Ophidian I album after that.

If you're new to Logistic Slaughter, they're a California-based technical brutal death metal band and dropped a pretty solid album in 2016 I liked quite a bit prior to their new album's release. When I saw a number of other people hyping up early singles for the new Logistic Slaughter, I made sure to check it out. The cover art alone was definitely a factor in me checking this out as well since it doesn’t have the same aesthetic feel most go for in this style. True to form, this release is a bit different than most of their peers, quite a bit different really, when you really examine it in depth.

I guess the best way to describe Logistic Slaughter's music on Lower Forms of Life is to imagine what it would sound like to hear Cephalic Carnage playing Defeated Sanity’s type of music. Albeit with a ton of added grind, mathcore, and to a smaller degree, dissonant death metal, and some black metal-driven layers, being intricately woven within that type of framework throughout.

I’m going to get right down to it, this album is fucking nasty and absolutely goddamn ridiculous from start to finish. Lower Forms of Life is a bludgeoning chaotic wall of madness delivered in an incredibly creative way. Think of it as a sophisticated evolution of the typical technical-minded brutal death metal approach to super heavy, nasty groove-laden, slam-loaded filth. When it comes down to it, what makes this release great is that the music breathes, ebbs and flows, and remains very dynamic in spite of how spastic the music can be.

Although I’m usually of the opinion that the quality of the music matters more than production, the production here also definitely stands out and is worth mentioning. Lower Forms of Life is more organic sounding than how technical brutal death metal usually sounds, and when I looked up why, I laughed out of amusement. The group tapped Converge guitarist Kurt Ballou to mix it and Pig Destroyer guitarist Scott Hull to master it. Both of them do great work but rarely if ever work on music like the kind that Logistic Slaughter makes. Somehow it works incredibly well and more than any other instrument, the unique production choices let the bass guitar really shine in the mix and adds even more heaviness and depth to the album.

I know I say this a lot but I do feel that for most bands that play any kind of tech-death, brevity is the key to a stronger and better release given the complexity and overall sensory assault this type of music is all about. This album clocks in at 30 minutes and a few seconds of change split between 10 tracks. This means there is absolutely no filler here and yet simultaneously there's a lot of the meat on the bones so to speak, on every track.

I’d say that Logistic Slaughter – Lower Forms of Life is on par with Blindfolded and Led to the Woods – Nightmare Withdrawals in terms of quality and chaotic absurdity so if you liked that one recently you'll love this album. Lower Forms of Life will definitely wind up on my end-of-the-year list in this space and you should check it out below if you haven’t heard it yet. Orders for the album can be placed here and here. You can follow the group over on the Logistic Slaughter Facebook Page.

In this article: Logistic Slaughter

See, there is this guy we know. This dude… man… he knows his shit! Having literally helped in the forging of alien/space-drenched slam (with...