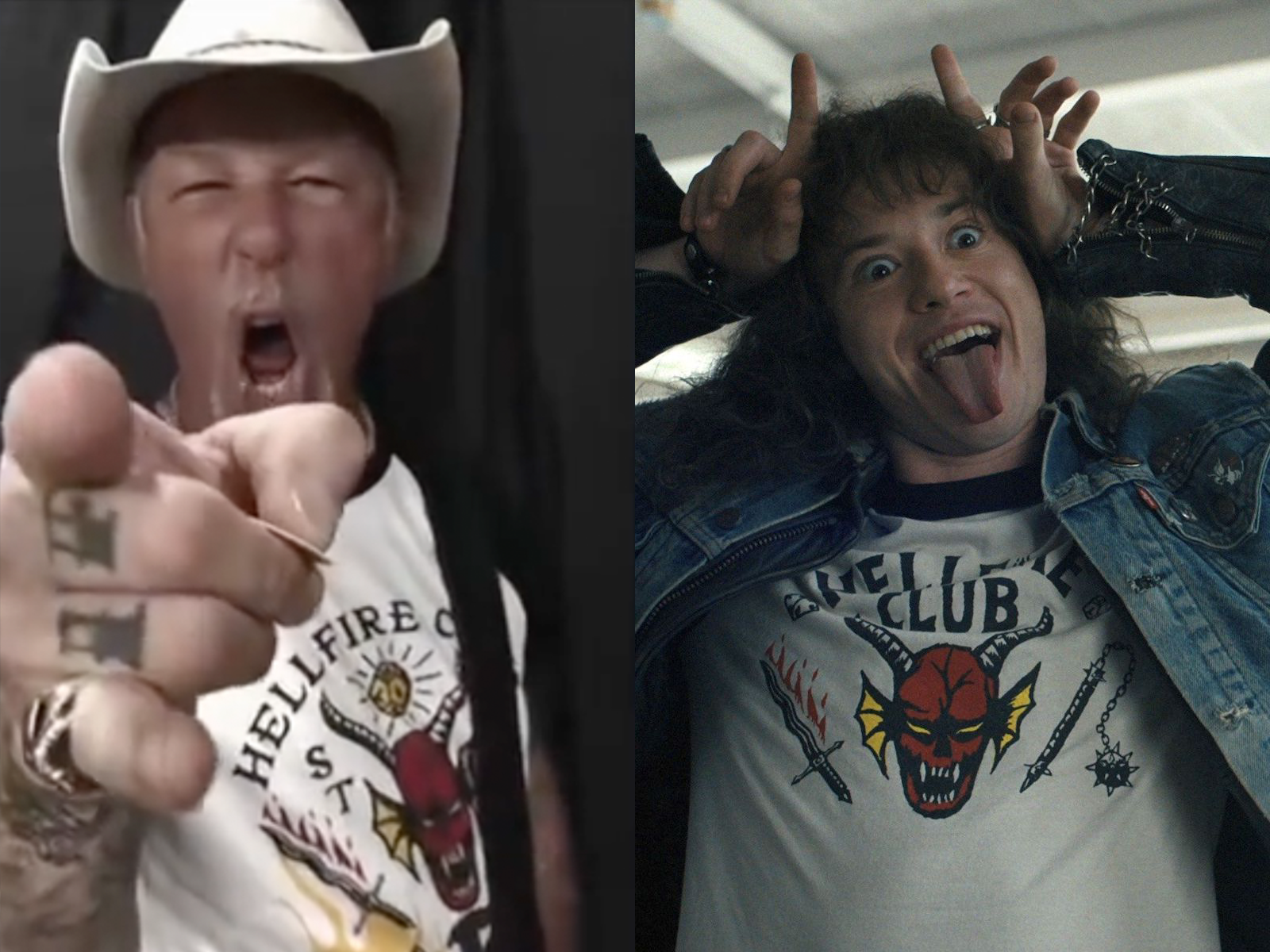 Not that Metallica needed a surge in popularity, but Stranger Things is really doing it for them. The band's 1986 thrashterpiece "Master of Puppets" was featured in a very epic scene of Stranger Things Season 4 and immediately shot to the top of both Spotify's Top Tracks of the week and Apple's iTunes Top 10 Song Charts.

Metallica has also used their (larger than usual) limelight to say that everyone is welcome in metal and that "all of you started at ground zero at one point in time" in repose to fans trying to gatekeep metal music from those trying to get into the genre. How one would gatekeep a band like Metallica, whose 1991 self-titled album is literally one of the best selling albums across any genre of all time in the United States, is beyond us… but folks are certainly trying.

Now the whole thing has come full circle. Metallica has posted a video of themselves rocking out to Stranger Things character Eddie Munson rocking out to Metallica, and they look like they're having a blast! It also helps that they've got the same Hellfire Club shirts that Munson wears in the show, because hey – if you're gonna do it, do it right.

Even before Metallica, Stranger Things was making tons of headlines thanks to Joseph Quinn's zany metalhead character Eddie Munson. Munson’s Dio jacket came from Dio’s own personal collection, and previously, Quinn—who is also a guitarist—explained how listening to heavy metal helped shape the character. And then there's villain Vecna actor Jamie Campbell Bower, who listened to a lot of Sunn O))) and Darkthrone to get into the evil of the role.