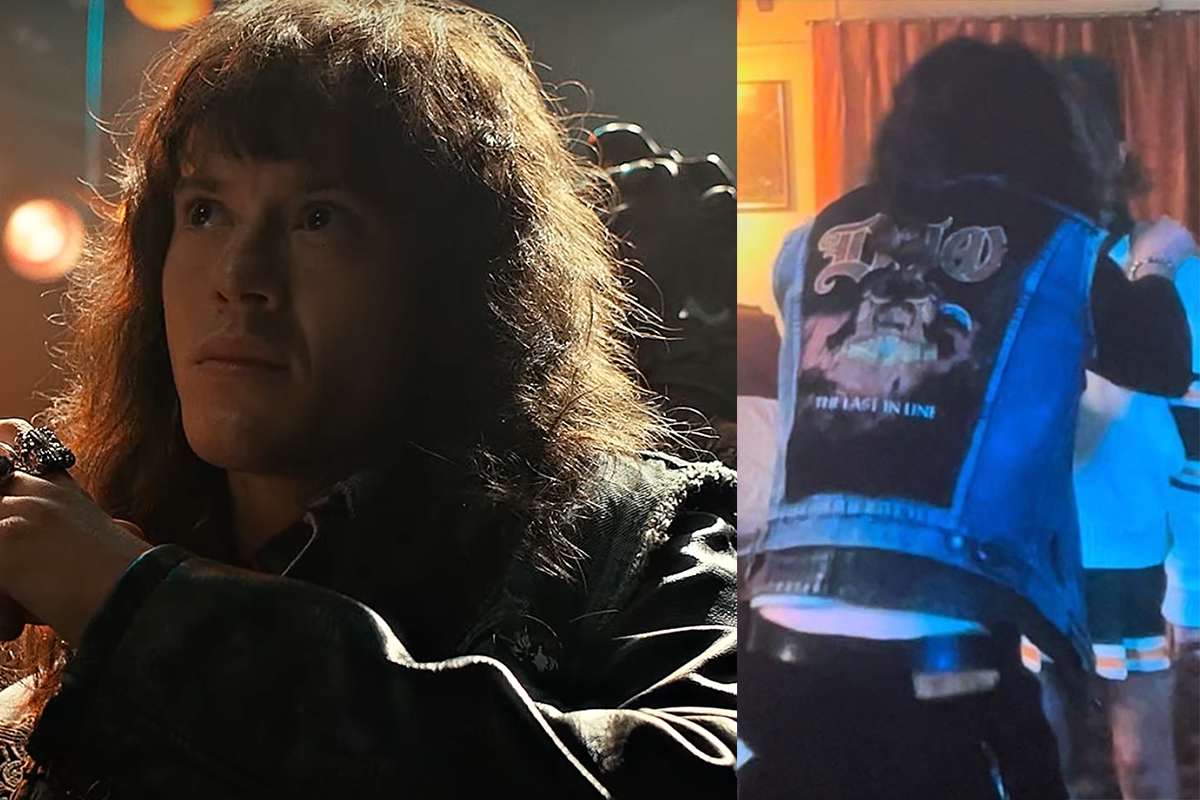 All devil horns point to yes.

Everyone's favorite fictional metalhead, Eddie Munson (played by actor Joe Quinn on Stranger Things Season 4) worked hard to get into the heavy metal mindset while prepping for his character. And when we say he "worked hard" we mean he gave his ears a workout by listing to a ton of heavy metal from the 1980s. Quinn is no stranger to music and has played the guitar since he was seven. As far as Eddie's character goes, we've established a few musical connections; he loves Metallica, his W.A.S.P. pin on his ever-present denim jacket indicates he digs the 80s version of Blackie Lawless, and his jackets massive backpatch is an homage to the cover of Dio's 1984 album, The Last In Line. So now that we've made it clear we're firmly Team Eddie here at MI, you should know the vintage 80s Levi's denim jacket Eddie gets to wear on the show came right from Ronnie James Dio's personal estate.

Here's Stranger Things' insanely talented costume designer Amy Parris on how they came to acquire this ultra-cool authentic Ronnie James Dio artifact. The interview was shared on Dio's social media:  "We [the show, Stranger Things] reached out to the estate of the late Ronnie James Dio [to source a band shirt]. His wife [Wendy], is in charge of his estate and offered to send us vintage T-shirts, which was such a dream."

The process of getting a hold of the jacket actually started in 2020 when, in an interview, Wendy mentioned she had been contacted by Stranger Things to see if they could use a vintage '80s Dio shirt for one of the characters on the show. And now, headbangers everywhere are now even more envious of Joe Quinn's wardrobe for Stranger Things. One last thing to note here is Quinn (who very much has Dio's hair down on the show, bravo), is 5'11. Dio, as we know, stood 5'4. So while the jacket was probably not worn by Dio personally, it doesn't diminish the jacket's WOW factor at all.

In this article: ronnie james dio, Stranger Things, The Last in Line