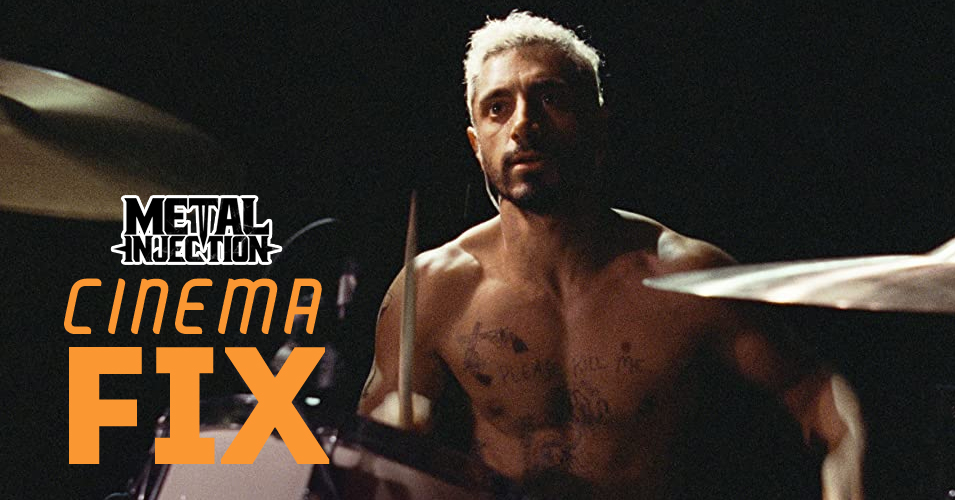 A heavy metal drummer goes deaf and struggles to adapt to his new life.

Ruben plays drums in an underground metal band, Blackgammon, with his girlfriend Lou. The band is an experimental/noisy as hell power duo that’s garnered critical acclaim, amassed a devoted following online, and earns new fans every night as they tour the country in a tricked out RV. When Ruben suddenly begins to lose his hearing, his career, relationship, sobriety and entire life are thrown into jeopardy. Forced to choose between his health and his passions, Ruben begrudgingly enters a recovery center for the deaf community. Now, he must learn how to live with being deaf, and finally come to grips with the issues that have been plaguing him for years beforehand.

Sound of Metal is literally about the tribulations of an underground metal drummer and it being nominated for several major Academy Awards [Best Picture, Best Actor, Best Screenplay, etc!] means it’s also the biggest, positive, spotlight to shine on our lil’ community in ages. That’s really what Darius Marder’s breakthrough film is about anyways, exploring the pains of loss, the peace of acceptance, and the human desire to form communal bonds with others.

Frankly, Ruben’s character has been through some shit. Dude was a drug addict who managed to escape heroin’s grasp alongside his partner and fellow addict Lou, swapping opiates for crushing metal riffs as Blackgammon. As a band and as a couple, the two are largely inseparable from each other, which is great for their musical chemistry, but ultimately fuels a toxic codependency on one another. The deterioration of Ruben’s hearing foreshadows the demise of the many facades Ruben has distracted himself with, and the unpleasant truths he’s ignored for some time. Drugs, drums, Lou, his new deaf community and beyond, Ruben struggles to find peace in any environment/situation because he’s ultimately not at peace with himself. This conflict, and desire to just fucking exist is something most if not all metal fans understand [it’s probably what draws us to this loudly cathartic music in the first place no?].

Despite its name, Sound of Metal is a jarringly quiet film. Once Ruben’s hearing goes out, the audio levels of the film frequently drop also, immersing the viewer in the harrowing silence of his new found deafness. Riz Ahmed’s gut-wrenching portrayal of Ruben is one of the rawest performances you’ll ever see on screen, that and he bashes the drums quite well during Blackgammon’s concert scenes. Ahmed is actually pounding the toms behind the kit in this film, just as he actually learned/uses sign language onscreen as well. There’s also a marvelous scene where Ruben emerges from the pits of post-hearing loss despair and begins playing/teaching drum beats to deaf school children, underscoring the universal power of music and it’s just great. Hearing be damned, music is something we can literally feel in our souls.

Oh yeah, and Blackgammon were inspired by sludge metal icons, Jucifer [who were initially supposed to star in a different iteration of the film, previously titled Metalhead, helmed by Mike Patton’s homie: Derek Cianfrance], and the film’s fictional metal duo even grace the cover a rad Decibel Magazine issue hanging in their RV as well.

Paul Raci co-stars in Sound of Metal as Joe, Ruben’s stalwart mentor and leader of the film’s deaf recovery house. Raci is phenomenal in this role, stealing numerous scenes from Ahmed himself, and is currently nominated for Best Supporting Actor. He’s also quite a rock ‘n’ roller in real life. Here he is performing an ASL version of “Enter Sandman” for the hearing impaired; like an absolute boss.

In this article: riz ahmed, sound of metal 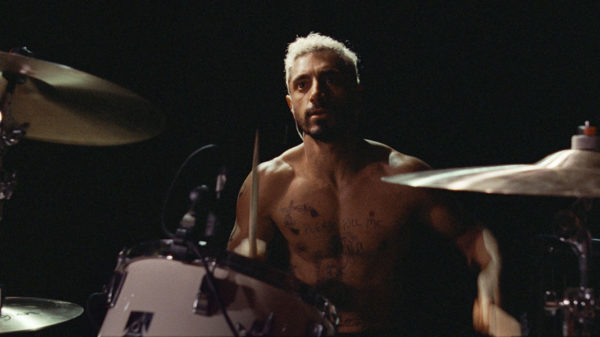 The first Muslim actor nominated in the Best Actor category.

I just watched the trailer for Sound of Metal, and I'm ready to see this movie right now. The film stars Riz Ahmed (Rogue...