Amity Island is just your average, quaint summer beach town until one tragic morning, when a young woman dies swimming off shore. The Chief of Police, Martin Brody, wants to close the beaches after the coroner concludes that the girl was killed by a shark. The mayor and local business community worry about losing revenue during their peak summer tourist season and convince the coroner to amend his autopsy report. Amity is a “summer town” that needs “summer dollars” after all. Unfortunately, the giant man eating great white shark lurking off the coast of Amity strikes again…and again; killing multiple victims. Now, Chief Brody must assemble a team to hunt and kill the shark that’s terrorizing their town, and not get eaten in the process.

Steve Spielberg’s Jaws is one of the most suspenseful and psychologically unnerving films of all time. With an iconic John Williams score that’s heavier than your average metal band’s wildest dreams, some of the scariest under water POV shots in cinematic history, and the occasional gnarly shark attack/gore factor thrown in, Jaws is just all around awesome. Strangely enough, despite being 45 years old, the film is incredibly relevant to today’s 2020 Covid-19 pandemic. A stealthy, unseen enemy indiscriminately targets unknowing victims in a vulnerable community while government officials fail to take precautionary measures for fear of damaging the economy. If this isn’t an allegory for America’s disastrous pandemic response, well then Spielberg’s shark ain’t named Bruce [fun fact: the shark was named after Spielberg’s lawyer, Bruce Raynor].

Hindered by time, money, and salt water wreaking havoc on his big ass robotic shark, Spielberg realized he couldn’t actually show much of Bruce’s frightening mug onscreen, so he went old school and had to let what we already described as the most terrifying point of view shots ever filmed do the trick instead. The human imagination is a helluva drug, coupled with our primeval fear of the unknown and John William’s dread inducing soundtrack; put that together and you get a timeless film that has and will continue to make generations of people think twice before jumping in the water.

Lee Fierro, the actress who plays the grieving mother in this clip; died from Covid-19 back in April. 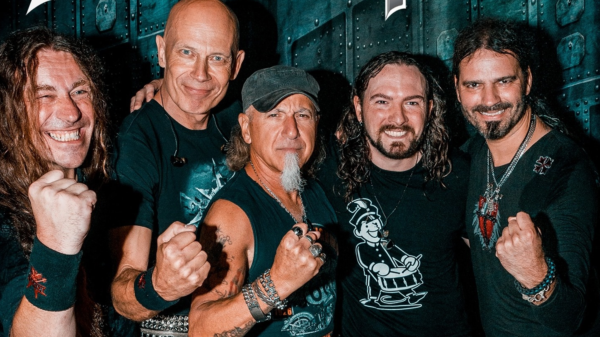