A <em>Duke Nukem</em> Feature Film Is On The Way
A whole new way to play Guitar Hero!

On the heels of Rock Band announcing its comeback, today, Activision announced it's resurrecting Guitar Hero from the dead and rebranding it as Guitar Hero Live.

The idea is to have it be a simulation of a real rock concert, as shown by this launch trailer released this morning:

The way the game works is that the camera would be in first person view, so you are playing the guitarist at all times. The shot starts in the green room and you walk up on stage and start playing. If you play well, the audience reacts favorably. If you play poorly, the audience starts to heckle.

Unlike with Rock Band, who have committed to try to make all existing peripherals compatible with the game, Guitar Hero Live introduces a brand new guitar controller which is able to simulate frets and chords:

As you can see, at the end of the guitar is a 3×2 grid which represents strings and frets. The Verge details how the gameplay has changed:

It may sound complicated, but the end result is a more streamlined experience that requires relearning how to "read" Guitar Hero’s real-time sheet music.

Even more ambitious, Activision will launch Guitar Hero TV, a round-the-clock music video channel that will act as the online gameplayer. Basically, you launch the TV channel and a music video will be playing and you could immediately begin playing along with the music video. There will be different channels for different genres of music, with the press release calling out rock, folk, EDM, hip-hop, country, and pop. You would be competing against everybody else watching the same channel.

The artists announced so far for the game are:

The game will retail for $99 and will come with the guitar controller and access to Guitar Hero TV, as well as on-demand songs available without online access. The game will be available on Xbox One, Xbox 360, PlayStation 4, PS3, and Nintendo Wii U. The plan will be to perfect the release and then continue to release new content for it over the years online. 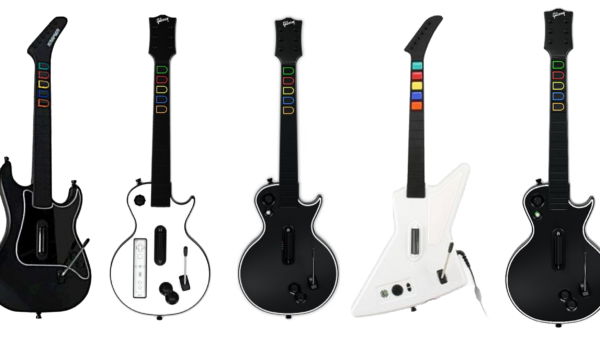 Would You Pay $100 To Play GUITAR HERO On Your Phone? Because You Can!

After much hype, Guitar Hero Live! has officially been released today on all platforms, which include PlayStation 3 and 4, Xbox One and 360, Nintendo...

It's the closest we'll get to being in the game.