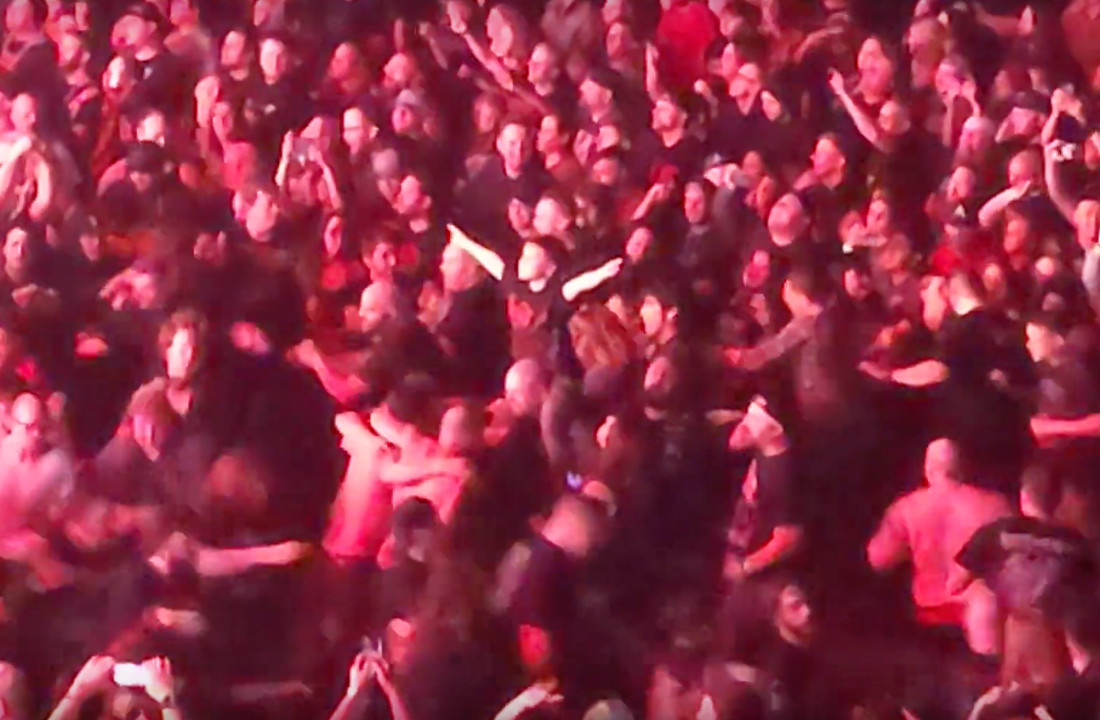 Slipknot played the Target Center in Minneapolis, MN on April 9 and about halfway through got to their 2001 track "The Heretic Anthem." At which point someone's kid (or brother, or sister, or nephew, or niece, etc.) got on their shoulders in the middle of the circle pit and people went bonkers. Just from the footage above, it looks like there's an entire wall of people surrounding the kid to make sure they're safe. And of course the kid is just throwing the horns and having a blast, which is what it's all about anyway. Shout out to YouTuber morganpay for posting the footage too!

Slipknot is currently working on mixing their new record, which drummer Jay Weinberg said features "the heaviest blues song on earth" and a lot of new experimentation within the band's sound. As for a release date, vocalist Corey Taylor said in a recent interview the record should be out sometime this summer.

In the meantime, catch Slipknot at one of their coming dates below for the second leg of their Knotfest Roadshow tour.