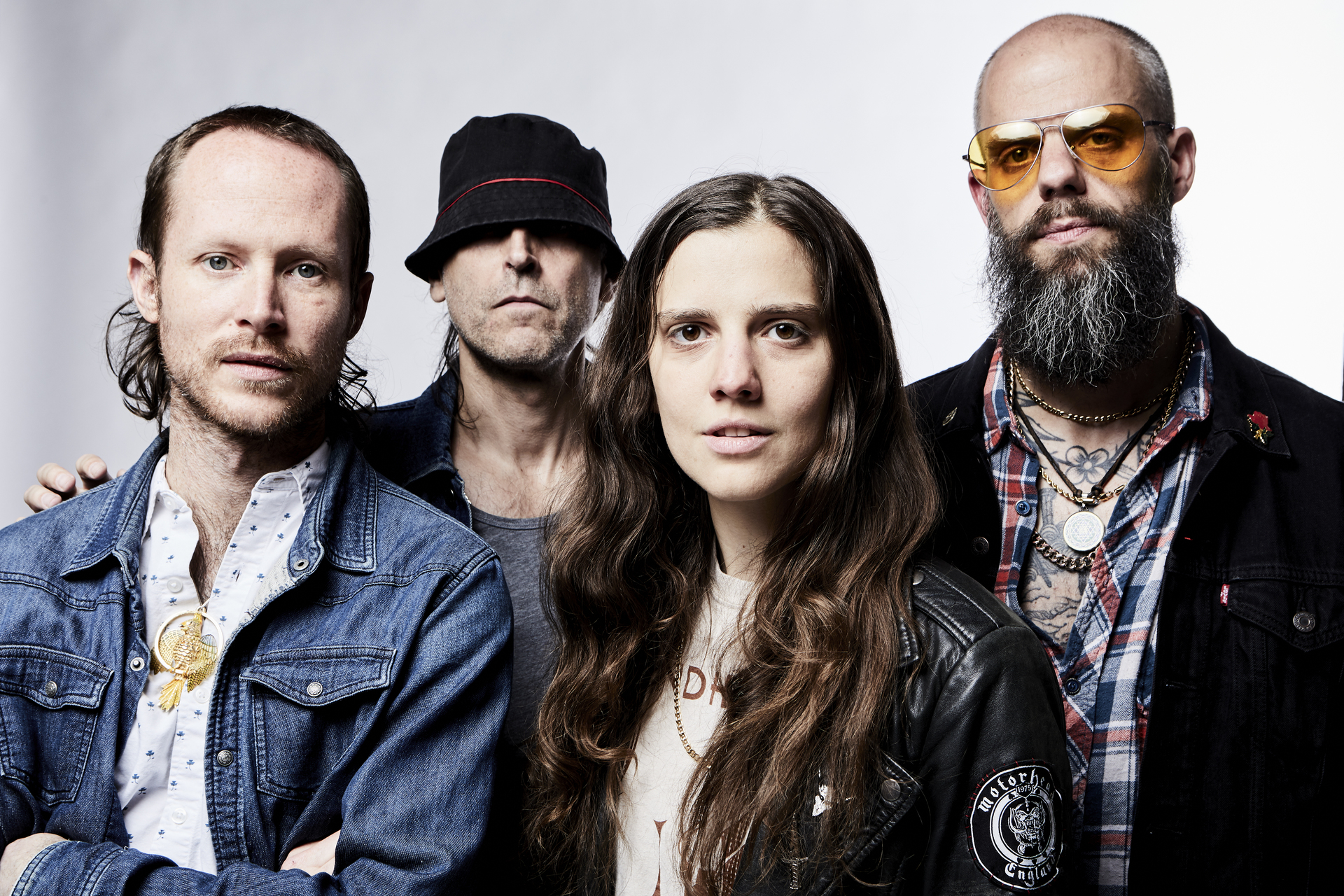 Baroness played an intimate set at the Chicago Music Exchange (CME) music retail shop for a recent episode of CME Sessions, and let's just say they did not disappoint in the slightest. You can catch the 45-minute performance above. The set list is as follows:

Recently, while filming a session for Amoeba Music's What's In My Bag? series, vocalist and guitarist John Dyer Baizley seemed to indicate that Baroness is working on a new LP. While discussing one of his purchases, The Rolling Stones' Black and Blue, Baizley said, "I really want this for [record] one song… I think it's the first or second track on this record… 'Hand Of Fate.' I guess it was about a year ago, or a little bit over a year ago, Gina and I were traveling to do some recording for our upcoming record, and we just listened to that song over and over again. It doesn't go much beyond that, but it's a really, really great era of The Stones for me. It's got this really cool open, bluesy, raw kind of sound that, I don't know – I'm just a sucker for it."

Baroness's last LP was 2019's Gold & Grey, which was the first album to feature guitarist Gina Gleason after the departure of Peter Adams, who had been with the band since 2007. Gold & Grey received universal critical praise, and the band's live shows have become epic experiences filled with anthemic numbers awash in a haze of sonic beauty.

The band was recently announced as openers for this summer's Lamb Of God/Killswitch Engage tour, and they will also be doing some dates in Europe, linking up with Mastodon for a handful of shows. You can see all of those dates below.