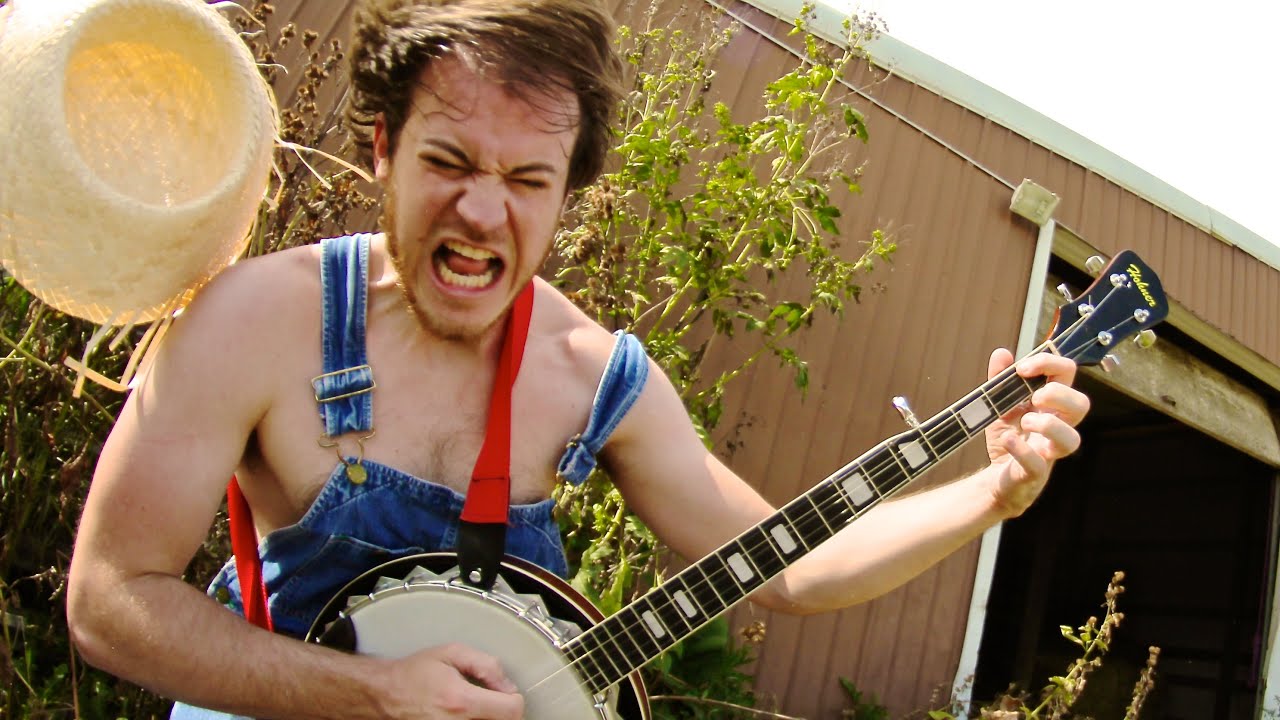 This dude loves covering Slayer on banjo! He covered Raining Blood on banjo and covered "War Ensemble" on ukelele.

Scallon was recently interview by Billboard about his covers:

How do you actually make the money on YouTube?
There's a lot of different ways. The easy answer is just from ads. I'm partnered with Google so that revenue is split between YouTube and I. And in the case of the covers, — this is actually pretty new, you weren't able to do this prior — there's a three way rev-split that makes monetizing covers possible. So with these Slayer covers, for example, the revenue from those ads is split between Google, Slayer's management, and myself. So everyone's happy. The last "Raining Blood" cover had Slayer trending on Facebook, which I was really happy about. They make money, I make money, YouTube makes money. And there's also the song sales, which are kind of a new thing. I don't really know how that's gonna turn out yet because it's really delayed, but for that I go through a company… they handle all the legal stuff so Slayer gets their proper royalties and then I can also sell the cover on iTunes.

Have you always been a big metal fan?

Oh yeah, totally. Really any music with a talented string player is something I can definitely get into, and metal is kind of the extreme of that. It's very, very difficult to play, and that's something as a guitar player that I really admire and really enjoy. You know, learning a metal song is very much a challenge. And that's a lot of fun. I've been a metal fan for quite a while. I was in a metal band as a drummer for maybe three years.

So if Slayer reaches out to you and asks you to join you're going to respectfully decline?

Laughs. Well, no… Well, first off, there's absolutely no way they'd want me playing with them.

I can't talk about "Angel of Death" without mentioning TomArayaScream.com!