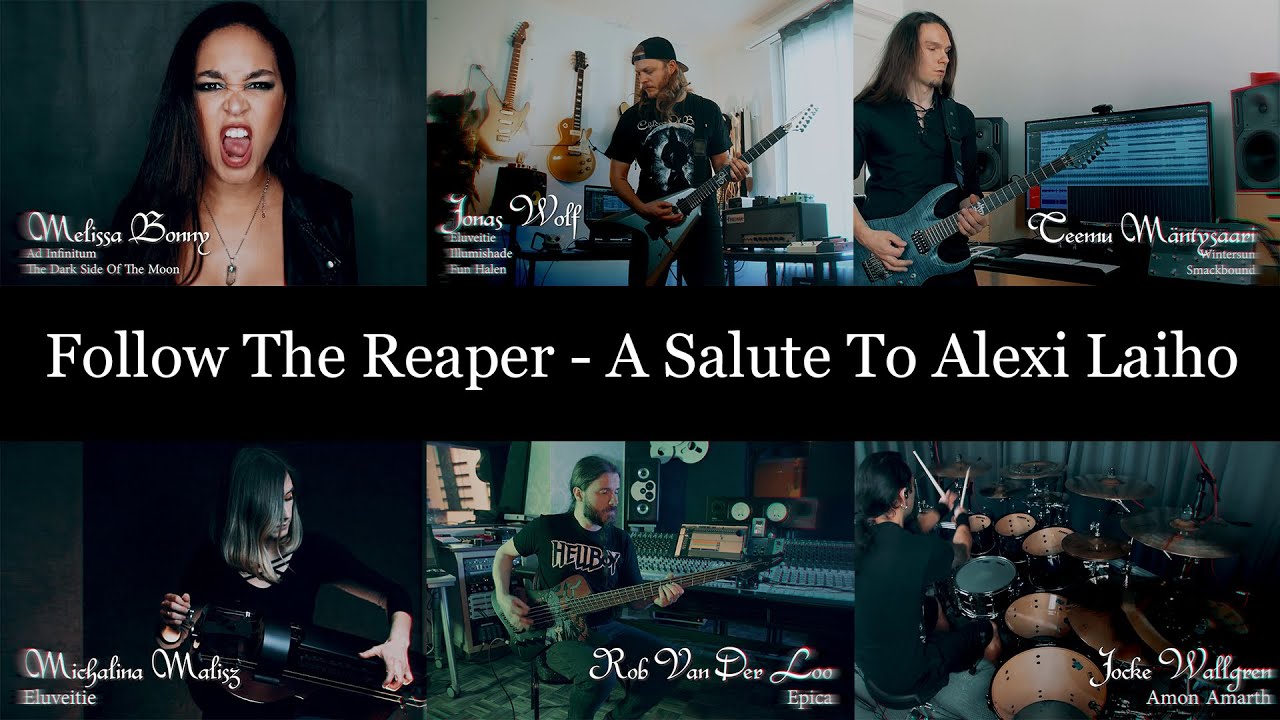 Members of Eluveitie, Wintersun, Epica, and Amon Amarth have all teamed up for a killer cover of Children Of Bodom's "Follow The Reaper." The cover certainly adds its own flair with the addition of some hurdy gurdy, which works really well in the context of the original composition.

"At the end of 2020 we lost a true Metal Titan and undisputed Guitar Hero who took the stages of this world by storm with crushing attitude and musical finesse," said Eluveitie in the video's description. "Our own Jonas assembled a bunch of friends to pay tribute to the Music of Alexi Laiho and Children Of Bodom. Here’s to the Wildchild – gone but never forgotten!"

The video for the cover was done by Jens De Vos and the audio was mixed by Bob Briessinck of Breeze Inc Studio.