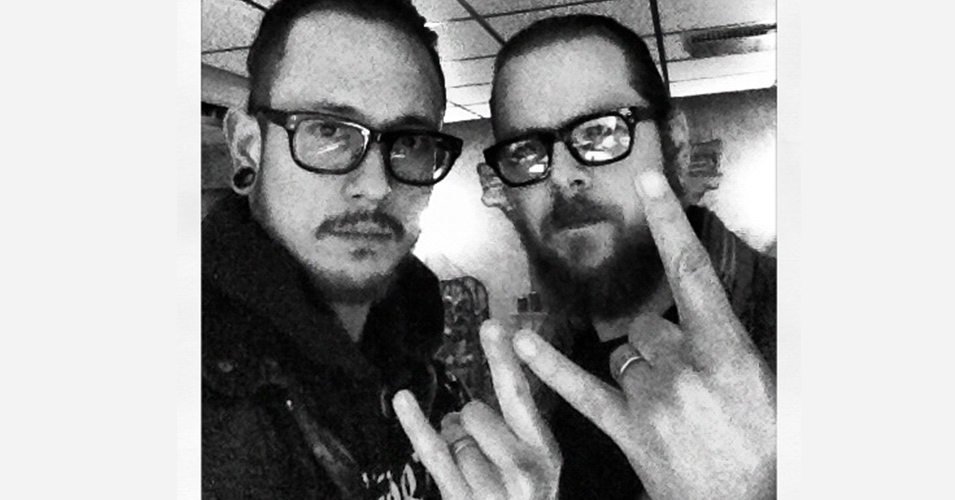 Trivium's Matt Heafy has been keeping busy during quarantine. Trivium is set to do a live gig later this month, but Matt has also been working on finishing up his highly anticipated solo black metal project, Mrityu.

We first discussed the project in 2012. It's a collaboration between Heafy and Emperor frontman Ihsahn. While a few weeks ago, we got an update from Ihsahn about recording getting under way, today, Matt Heafy coyly revealed they are pretty far along with recording, and he's already completed tracking vocals, which typically happens late in the recording process.

In a Twitter exchanger with e-sports reporter Rod "Slasher" Breslau, Heafy revealed that he "just finished all vocal tracking" and that the duo have been working on the album for a decade.

After Breslau joked that he wanted to hear a leak, Heafy responded "as soon as I have some mixes I'll get you a private link," so we know there aren't mixes yet.

But there will be. And it will be glorious! Heafy opened up to our very own Frank Godla about working with Ihsahn during their conversation in April. Check it out below, if you haven't yet:

Ihsahn is the producer of my longtime black metal solo band, Mrityu! We just finished all vocal tracking. We’ve been working the album for 10 years now. Should be out next year! pic.twitter.com/Vssl610fW3