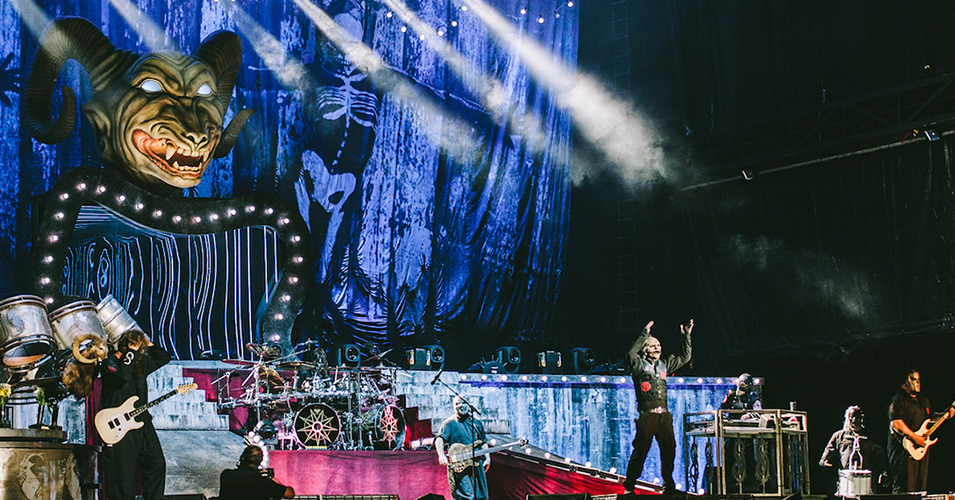 Sid Wilson, #0 in the Slipknot camp, offered a very intriguing update from the studio today…

He's almost done with his parts! Why is this intriguing?

Because it's safe to assume Sid's parts are some of the last to be put to tape, metaphorically speaking. Or, as MetalSucks puts it " his work is decorative, not foundational."

The album is scheduled for an August 9th release date. Slipknot have already begun posting teasers for the album.

The band have been very secretive with the contents of the new album, save for the single "All Out Life" released late last year. On the promotion website for the upcoming Knotfest Roadshow, it should be noted that the Slipknot promo photo is from the prior album cycle except it features all the faces purposely scratched out, implying new masks are imminent.

Slipknot's new album is among our most anticipated for 2019, and we know the band is working on it right now, and things are getting bloody.

Recently, Slipknot frontman Corey Taylor spoke to the Des Moines Register to promote the band's headlining gig at the Des Moines State Fair and Taylor gave some hints as to what the new music sounds like.

“[‘All Out Life’ isn’t] nearly as dark and vicious as the rest of the stuff that we have that we’re working on.”

Taylor elaborated on the lyric writing process as well, saying it was a tough time for him with his divorce finalized, sinking into a deep depression and going through it sober. He hopes to take maggots on that journey with him through the lyrics: