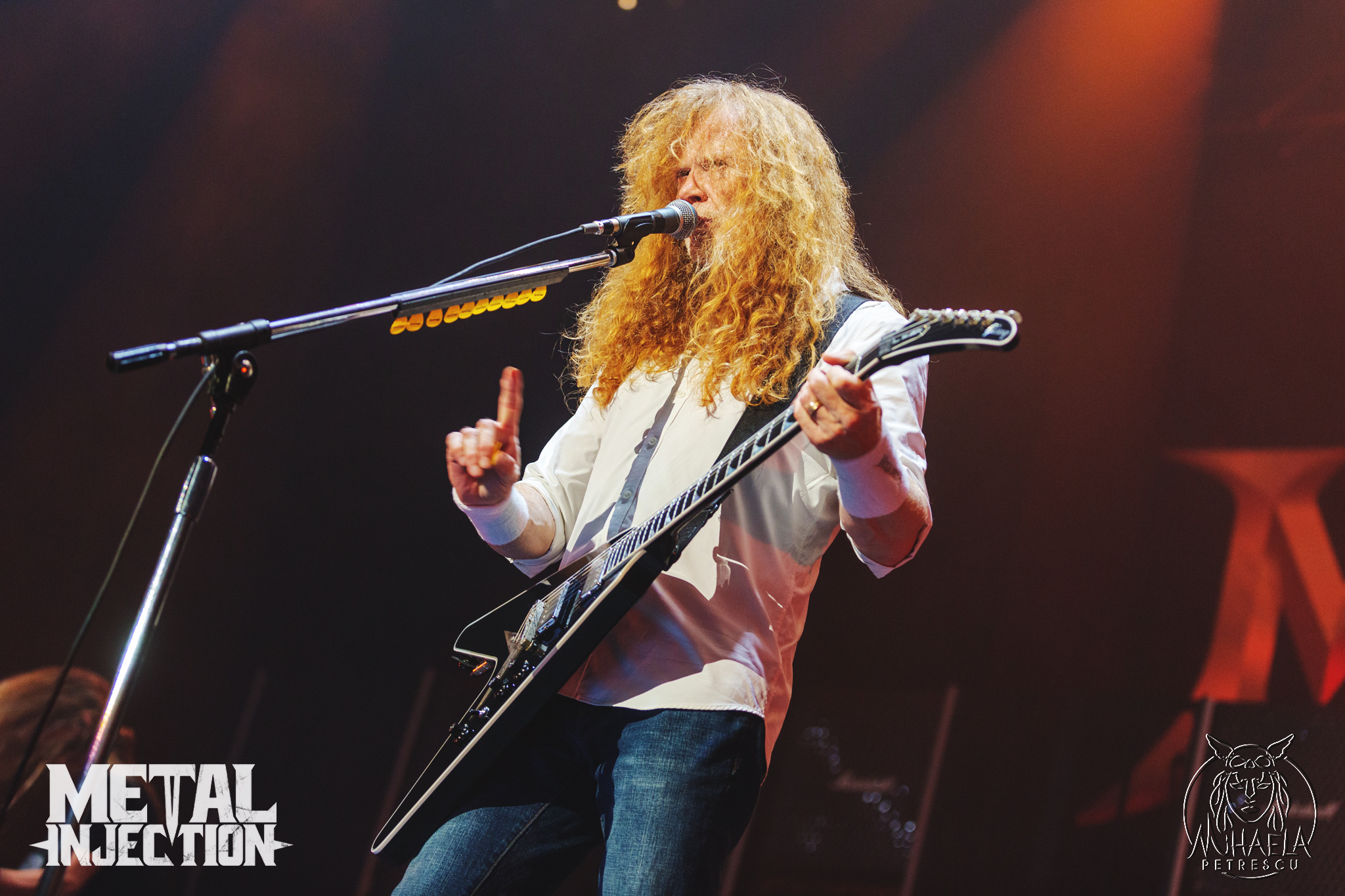 Megadeth will release their new record The Sick, the Dying… and the Dead! on September 2, but that's not the only material we're getting from the band. According to Megadeth mastermind Dave Mustaine in an interview with Talkin' Rock With Meltdown, the band is working on a Judas Priest cover for "an Amazon project that they asked us to do." Mustaine didn't reveal what song they chose, but did talk a little about the process of recording it.

"We went and listened to the song and charted out the performance. And going into that kind of micromanaging of the song, that minutiae production, we started to see a lot of things in the song where it seemed like there was no guide for the song. So we did everything the way that we do our recordings. And I believe it got a little more straightforward with the riffing and everything."

Blabbermouth points out that Mustaine did cite Judas Priest's 1976 sophomore album Sad Wings Of Destiny as his favorite a few years back. So maybe they chose something from that record? Though given how massive Amazon is (and potentially what the cover is being used for), it would also make sense to have chosen a major Judas Priest hit like "Breaking The Law" or "You've Got Another Thing Comin'."

"When it comes to classic heavy metal, Judas Priest's Sad Wings Of Destiny is definitely one of the all-time great opuses," said Mustaine at the time. "Hearing Glenn Tipton and K.K. Downing's unison guitar playing and hearing Rob Halford let rip… Who sings like that? Nobody. I was so entranced by that band and everything about them, that I went to a hat store and bought a Fedora because Glenn Tipton was wearing one on the back of Sad Wings… I have curly hair so hats don't stay on so well. It didn't last very long. [Laughs]"