MASTODON Is Aiming To Release Their New Album This Fall 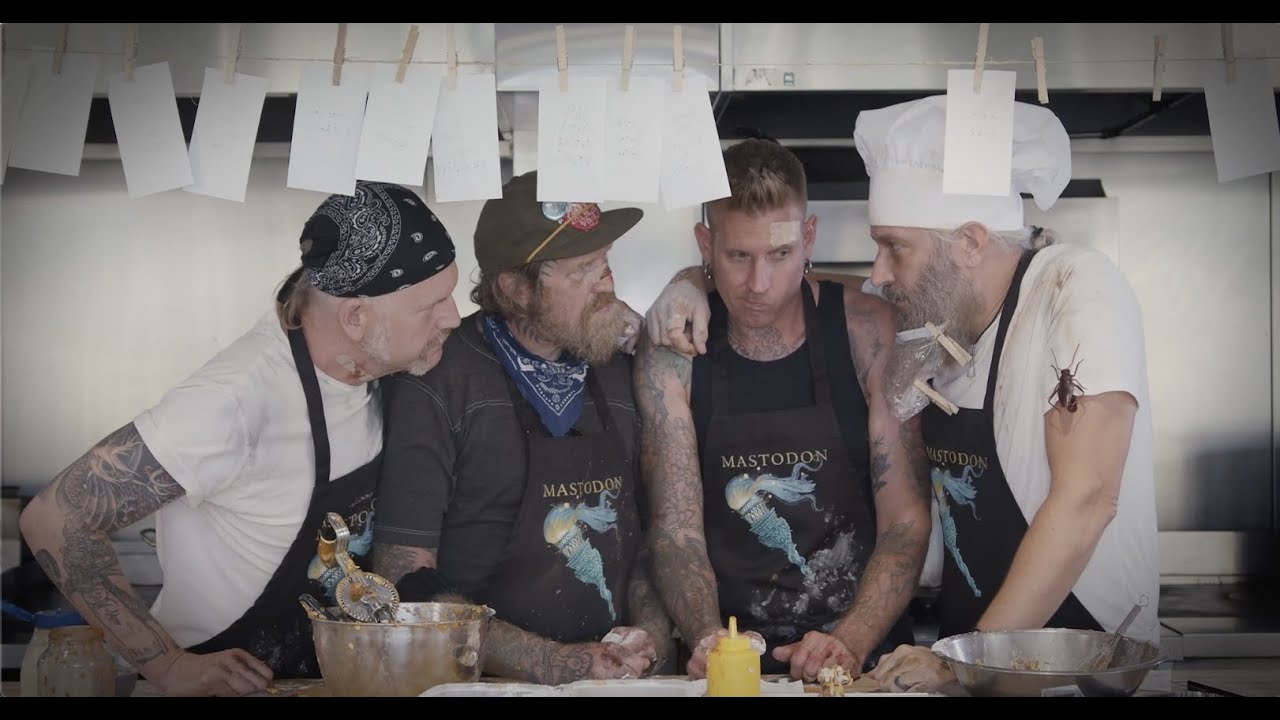 Good news everyone! Mastodon is currently in the midst of mixing their new album! According to Mastodon guitarist Bill Kelliher in an interview with Talking Metal, Mastodon will likely released their new album sometime in September or October despite their original timeline for this summer. Kelliher also talked at length about how the band ended up working with producer David Bottrill (Tool, Dream Theater, etc.), who they've never worked with before.

"Honestly, I hadn't really heard of him before last year. We were kind of tossing around who we were gonna use for the new record. We have a couple of different producers that we like; I mean, we've liked everyone we've used in the past. But I think, with this record, we kind of were just, like, 'We might need somebody new — somebody really fresh and brand new.' And we got on the phone with David, and we had a couple of other people we had been talking to. With COVID and everything, a lot of people just weren't available or willing to come to Atlanta."

"When we got on the phone with David, he seemed like a great guy. He already had some of the demos, so he had all kinds of notes. That's what you need a producer for — someone who kind of thinks outside the box. The four of you have been playing the same songs, demoing the same songs for so long, you're kind of, like, 'Is this even good anymore? I can't really tell. Does it need something? I'm kind of lost.' It's like you can't the forest through the trees. You're, like, 'What's what? Everything's upside down.' So he came in and he was diligent. He had all kinds of notes written out. He had done his homework.

"And he was, like, 'For this song, I have this idea. For this song, I have these ideas.' And he kind of spouted them off to us on the phone. And I said, 'Are you willing to come to Atlanta and work with us here, sight unseen, at our studio?' And he was, like, 'As long as the studio's got the certain equipment that I need, and it's a decent-sized room and everything…' We had done a lot of other records there with other bands. And he was willing to come down."

Kelliher later added that the band has been working on the mixes of the new album online.

"[David will] mix a song every couple of days, and he'll send it over to us in Dropbox. And we all listen to it. I go listen to it in the car, I listen to it in my studio, I listen to it on all kinds of different speakers to make sure that all the things and little details that I wanna hear are there. And we just kind of give him pointers and notes, like, 'Hey, the snare needs a little more treble in this part,' or, 'I wanna hear the kick drum more right here,' 'Turn down the vocals in this chorus.' And he'll be, like, 'Okay.'

"He'll get all the notes in Dropbox. Technology is pretty cool. He gets all the notes, and then he turns it around an hour later. He mixes everything in Pro Tools, so I think it's pretty easy just to save, that's the way it was, and then go back to something [when needed]."