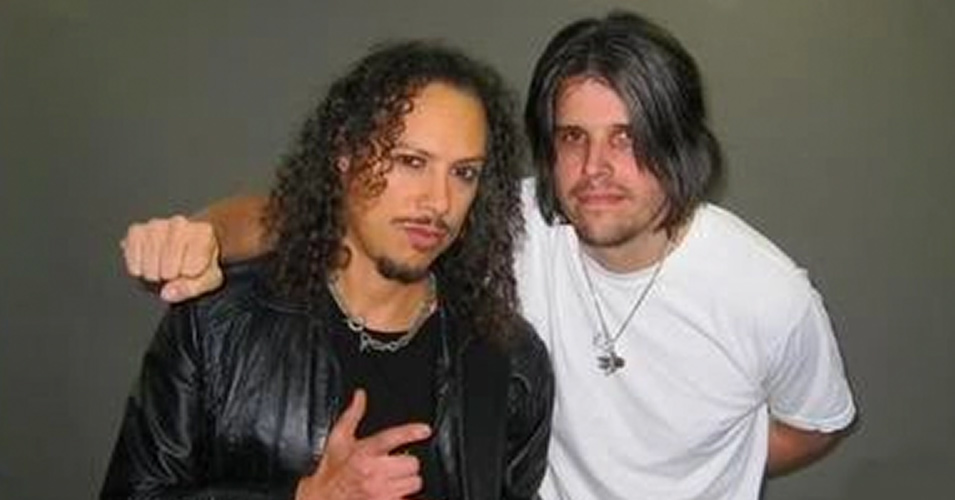 Kirk Hammett and Adam Jones in 2009, via Guitar World

It's been a running joke for basically the past 13 years that Tool is working on a new album that will never be released. Though this year that joke may very well die. Tool revealed in a recent photo that they were mastering the new record with engineer Bob Ludwig (Metallica, Anthrax, Rush), meaning that everything is recorded, mixed and ready to go.

Now in an interview conducted by The Rock with Metallica guitarist Kirk Hammett, we've got some more information on where the band is at with the album. Hammett he says he talks to Tool guitarist Adam Jones quite a bit and that Tool is currently in the process of creating album artwork.

"Well, I talked to Adam Jones quite a bit, you know, and the last thing I knew, he was dealing with artwork, so that's great. If they're finishing the artwork, it must be close."

So yeah, it seems like we're actually getting a new Tool album this year. Likely this summer if you're inclined to believe vocalist Maynard James Keenan.