KIRK HAMMETT On METALLICA's Next Album: "I Can't Talk About The New Album" 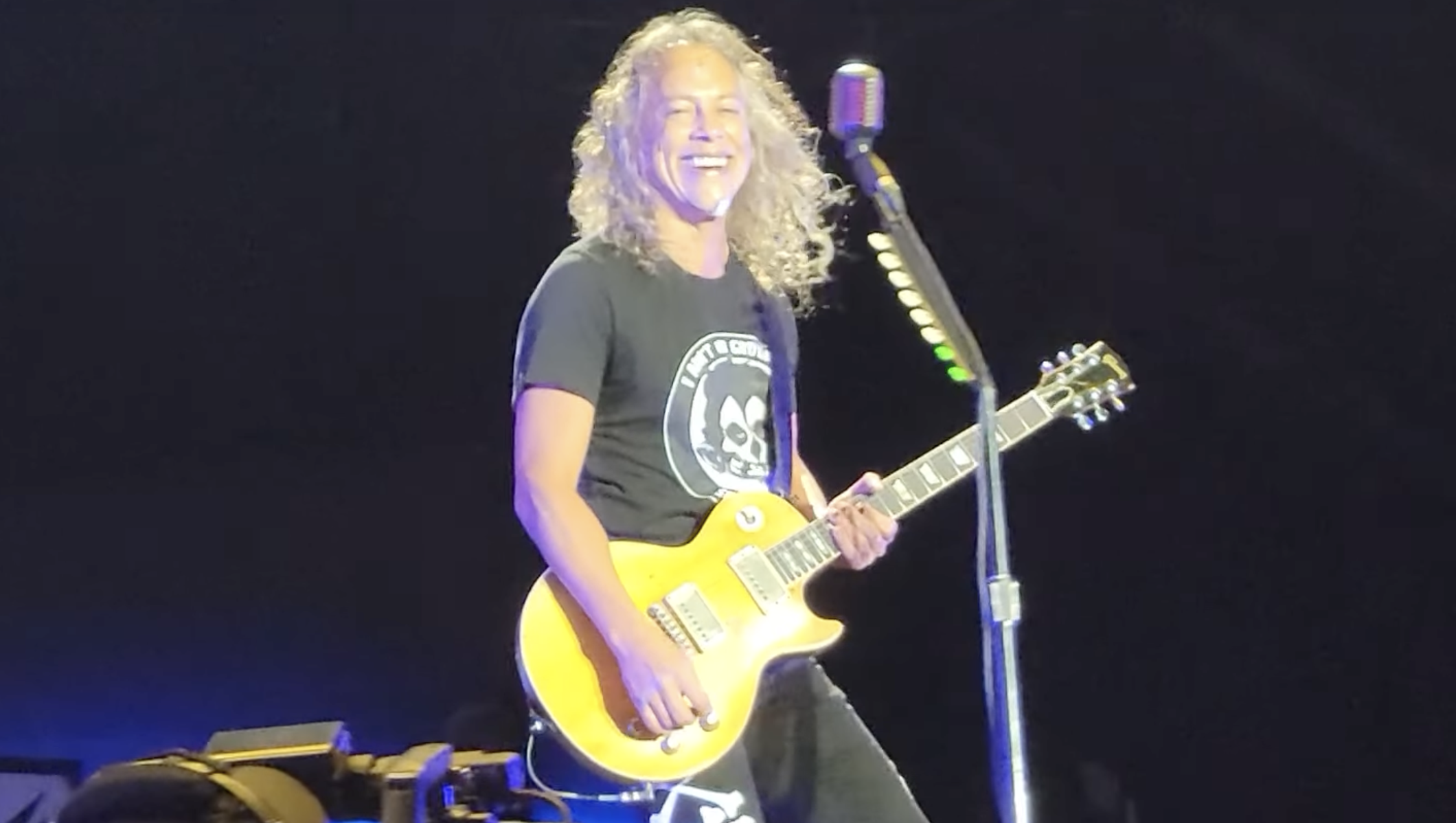 Kirk Hammett recently participated in NME's game show-style quiz Does Rock 'N' Roll Kill Braincells?!, where musicians are asked questions about moments throughout their career. Hammett cruises through the quiz with about as many misses as hits before getting to the final question – what's the deal with a new Metallica album? To which he responds that he can't talk about the new Metallica album. Which y'know, means that there's probably a new Metallica album being worked on.

The new Metallica album will be the band's first since Hardwired… to Self-Destruct in 2016. Hammett recently gave an interview about his new solo release Portals. In the interview, Hammett mentions Metallica engineer Greg Fidelman twice, saying he "had his hands full with all sorts of other Metallica stuff" and "he was up to his neck in other Metallica commitments." Of course that could be mixing some live material or even working on the Load and Reload box sets… or maybe it was new music? I guess we'll find out soon enough.