THE WEEKLY INJECTION: New Releases From TRIBULATION, THE BODY, and More Out Today - 1/29 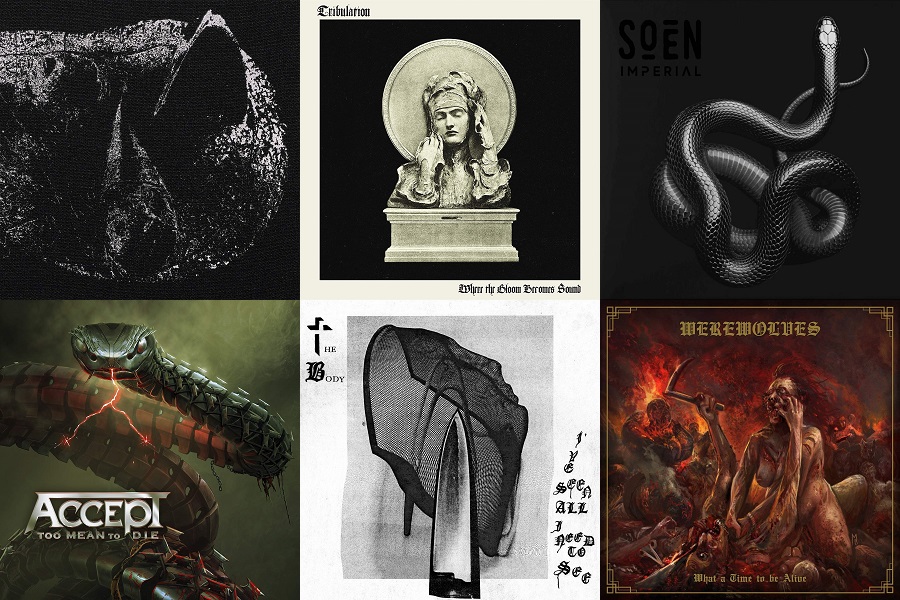 Accept – Too Mean To Die

Heavy metal OGs Accept are back with their sixteenth album of driving, rocking tunes. They have a new bassist which makes Wolf Hoffmann the sole original member and they added a third guitarist this time. So the low end sounds extra fresh and there are thirty-three percent more guitar riffs than last time.

The Body – I've Seen All I Need To See

It's been a few years since The Body released an album on their own. I've Seen All I Need to See has the band experimenting with noisy soundscapes, unnerving darkness, and everything you'd expect from them. This one has them utilizing their core instrumentation (drums and guitar) and vocals again, rather than electronics, so guitar fans can get excited about that. Christopher did a deep dive on a review here.

I don't know a lot about this band, but what I've heard by them is spooky. They're doom in a way I have not heard before. Sure, they have low-tuned riffs and slow gallops, but they focus A LOT on building atmosphere and suspense before they tear through that with harmonized guitar and heaviness. Their songs build tension, and when that tension releases, good golly.

Now for some nerd shit. Technotheism is a concept record about the future that at it's core is a melodic death metal record, but the band dabbles with electronic elements, technicality, and grand orchestrations throughout. Fans of Last Chance To Reason and really any band Mike Semesky (Ordinance, Raunchy, etc) has been a part of will probably dig this.

When Soen broke they got compared to Tool a lot. Now on album number five Imperial has them showcasing their own unique sound more than ever. Throughout their rhythmic complexity and epic melodies drummer Martin Lopez remains the star, but vocalist Joel Ekelöf is catching up on him. I'd love to hear that dude on an Ayreon record. Max has a full review here.

Tribulation – Where The Bloom Becomes Sound

On their fifth album, and final with long-time guitarist Jonathan Hultén, Tribulation are dipping their creepy toes into new directions like thrash more than ever before. Over all, this retains its haunted aura, but seems less Goth. It reminds me or recent Insomnium, but perhaps with catchier guitar work. The latter portion of "Leviathans" is VERY stuck in my head. Max is at it again with full review here.

Werewolves – What a Time to be Alive

Wrapping this week with some unrelenting heaviness. Werewolves are a band that have me asking a several questions. First off, why did it take so long for a band to take off called "Werewolves?" Second, what exactly is a "Crushgasm," or am I better not to wonder? What triggered the absolute chaos on the album's cover? Is that a dog on the far right and if so did it make it out of this battle ok? Questions aside, this is a wild, aggressive album that I hope gets you thinking like it did me.