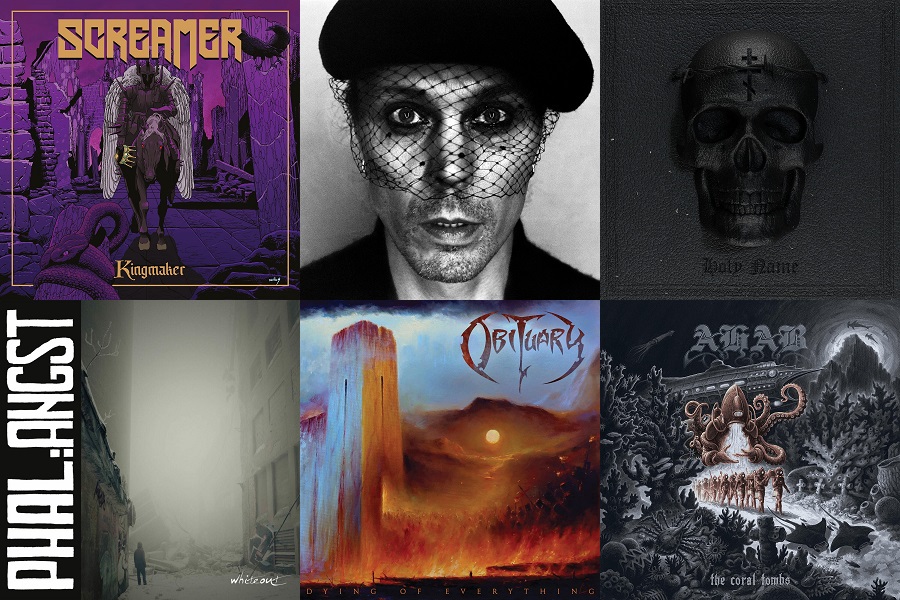 This week's new heavy metal releases include hefty doooooooooooom, the return of the Hot Topic king, death metal legends, and more! You can also check out select new releases here on vinyl via Gimme Metal. Now, to the metals…

Getting this party started in a VERY heavy way. The band's first album in eight years pulls inspiration from Twenty Thousand Leagues Under the Seas and is perhaps their most dynamic yet. Unsurprisingly, this feels very aquatic and like the ocean it's full of beauty and danger. Jordan has a full review here.

This is the debut of the newish outfit that includes folks that are/were in Sleeping Giant and Impending Doom. The riffs are a lil djenty and the vocals can be incredibly catchy. This one is likely more for your Eastern Orthodox folks as "HolyName" might suggest, but to each their own. Max has a review right here.

Obituary – Dying Of Everything

It's been five years since the incredibly solid self-titled record from these legends, and in that time they've remained furious. While you're certainly getting some grooves, this is largely a death metal masterclass. Jeff's full rundown is here.

While not the heaviest band of the week in terms of ripping solos and blasting drums and such, Whiteout is a record with tons of emotional weight. With arrangements that are both subtle and dense, this is one that's rewarding on repeat listens. There are a couple remixes from Lustmord and Jarboe respectively that are sweet bonuses as well.

If you were itching for the ripping solos I mentioned in the last blurb here they are! Screamer's name lets you know what you're in for, and Kingmaker doesn't disappoint. This is denim and leather in audio form. New old-school at it's best.

It's been a decade since the last H.I.M. record (WEIRD!) and while Ville has done some throwback rock n roll with Ville Valo & Agents, this is his return to the sound worthy of the Heartagram. Personally, this fills a void in my black heart that I didn't I know I had. If you're someone that's still mourning the loss of the man's previous band, or someone that like those songs from Viva La Bam, you'll probably really enjoy this. Max's full review is here.

Stuff from Last week since I was still vacating…