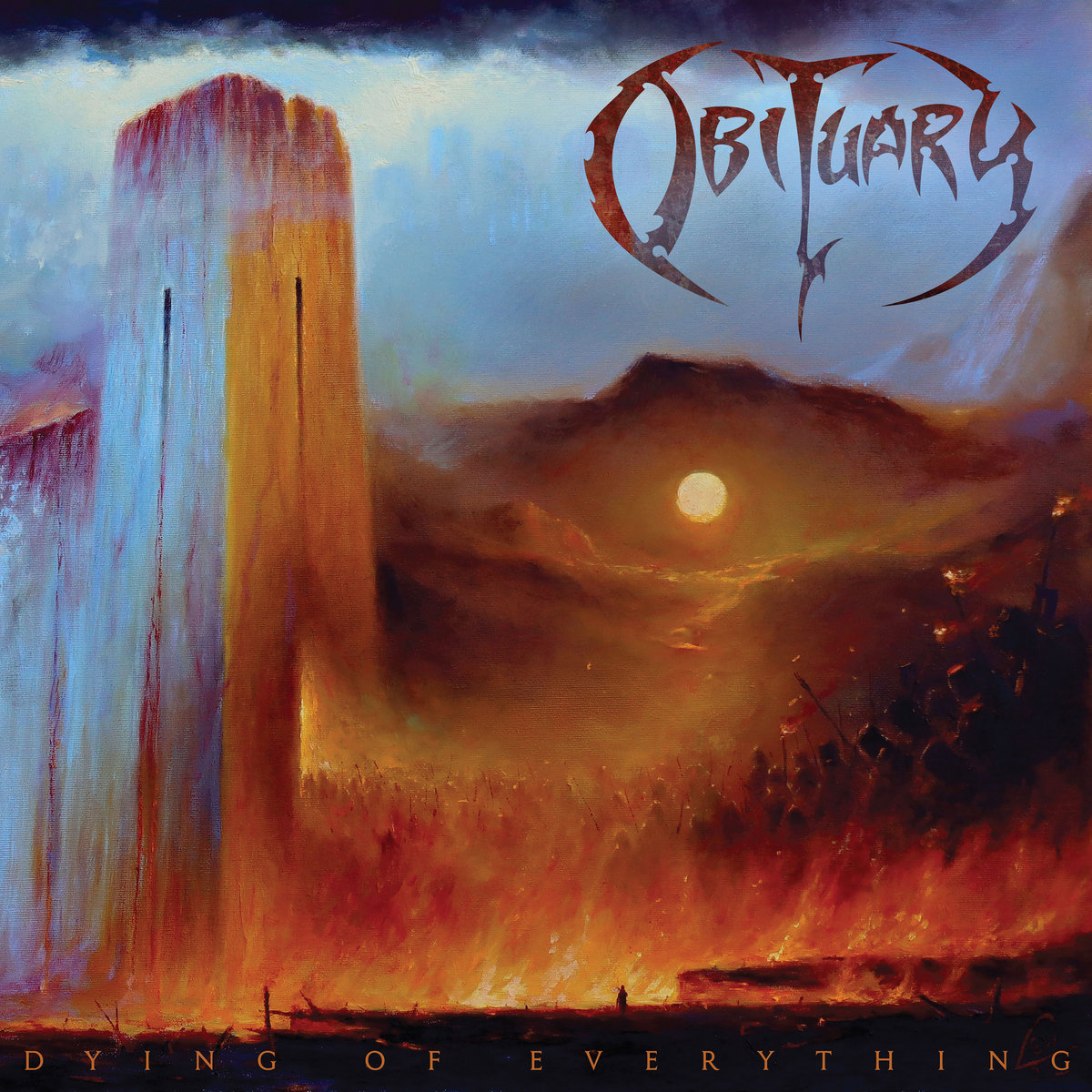 Obituary has been on an absolute tear in recent years. While many were ready to write the literal death notice on these Tampa death metal pioneers after 2009's Darkest Day, Obituary returned to the metal fold after a successful kickstarter campaign to produce Inked In Blood five years later. Inked In Blood was a statement on their resiliency and not only brought existing fans back into the fold, but appealed to many younger fans with its more modern sound and more direct embrace of speed. In fact, this was their first record to actually crack the Billboard Top 200.

Obituary followed Inked In Blood up with their critically acclaimed self-titled album in 2017 that was loaded with massive groove and intoxicating drumming at the hands (and feet) of Donald Tardy. It was my personal favorite since 1992's The End Complete which, of course, is one of the greatest death metal records of all time. The problem with Obituary was that it seemed nearly impossible to top. With that, I was incredibly eager to listen to Dying of Everything as soon as I got my hands on it, and let me say that this is another clear winner in the Obituary catalog.

True to form, Obituary starts the record off with an absolute banger. This time around it's the ridiculously crafted "Barely Alive," which is everything you could want from these guys. It has some speed, a blistering and tight solo, and that unmistakable rhythm guitar in the hands of Trevor Peres. Think "Centuries of Lies" from 2014's Inked in Blood, "Brave" from the s/t record, or "Redneck Stomp" off of Frozen In Time.

Obituary goes from great to amazing with the second cut on the record, "The Wrong Time," which might be one of the group's strongest tracks in their storied history. John Tardy delivers such varied vocals, and we get some groove here with lots of double bass to boot! Ken Andrews Jr. presents a nifty solo to give a bit of depth and flavor, and returns later with short but tight lead work in the title track. In fact, it's pretty clear what Ken has brought Obituary in both his playing and songwriting. His work really takes center stage throughout Dying Of Everything without upstaging anyone else.

The groove continues in tracks like "Without a Conscience," which takes me back to the '90s in terms of the time signature and the thick-as-Tampa Bay-humidity wall of riffs that make up the spine of the song. I got that same nostalgic feeling with "War" which has a really hefty low end. We even get a little bit of fuzz front and center in the speakers with "My Will to Live."

Cuts like "Weaponize The Hate" and "By The Dawn" are not going to surprise any Obituary fans, as the band doesn't deviate too much from their formula. "Torn Apart" is in similar vein but it does have some tremendous riffing that makes this particular song stand out a bit when compared to the rest of Side B.

For those of you who might prefer the slower, doomier side to the band, you'll love the record's closer "Be Warned," which has those murky, sludgy sonics that remind me a bit of 1994's World Demise, but without the samples and loops. It's actually a refreshing final track that gives some sharp contrast to the speedier opening.

As someone who's been listening to Obituary regularly since 1992, I've certainly enjoyed all of the band's releases. For me, it's really difficult to top Obituary from a few years back, as that particular LP really stuck with me for so long. With that being said, I've already listened to Dying of Everything a ridiculous number of times since I've had it in my possession and I keep hearing new things in it each time. Therefore, I'm going to have to recommend this record without any hesitation whatsoever, but I'm not sure that really surprises anyone reading this. Obituary is a legendary band, and their latest record is one more reason why they deserve that legendary status.