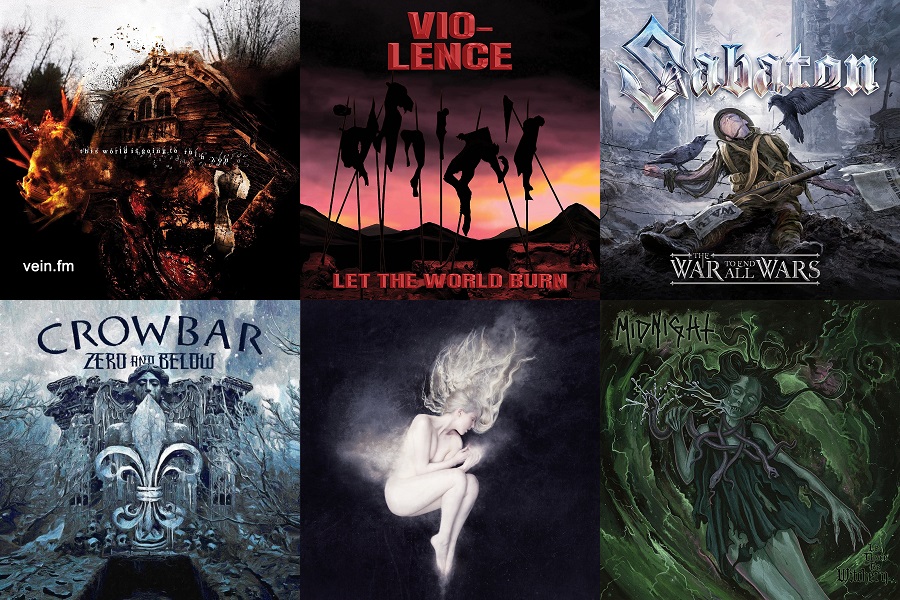 This week's new heavy metal releases include metal about war from that band that writes metal about war, haunting blackened shoegaze, riffs, and more! To the metals…

Also! Bandcamp is doing their first of four Bandcamp Fridays this year where artists get 100% of the proceeds for all sales. So if you can get stuff from Bandcamp, please do.

Crowbar – Zero And Below

Starting this week off with an album of riffs on riffs on riffs. Kirk Windstein dropped a solo record a couple years ago, but Crowbar hasn't dropped an album since 2016 and it's great to have them back here. Heads will bang, weed will burn, and you'll continue to hope that you beard winds up as cool as Kirk's when you grow up. Spoiler: it won't. Jeff has a full review here.

Here's another band that has had a rather lengthy gap between records at eighteen years. This is their first full album since their reunion in 2016 and the new tracks will mesh well with their classics. Fans of classic tech death should play this very loud.

Midnight – Let There Be Witchery

Speaking of classic metal, we have the the latest from Athenar's Midnight. You're getting oddly catchy songs that pay homage to bands like Venom and early Motörhead. The throwback vibes are strong here, and they feel so good.

Sabaton – The War To End All Wars

On their tenth album Sabaton continue to write songs about World War I on their sequel to 2019's The Great War. This time they're offering soaring power metal about the Assassination of Archduke Franz Ferdinand, that one night when the battle stopped to celebrate Christmas, and a lot more. It's like the second semester of a high school history class in a 45-minute disc. Chad has a full report here.

Kathrine Shepard aka Sylvaine continues her winning streak on Nova. Like her other albums you're getting some purely shoegaze tracks, some pure ambience, and lots of atmospheric black metal bliss. If you're into Deafheaven, Alcest, and/or Lantlôs, you'll love getting lost in Nova.

Vein.FM – This World Is Going To Ruin You

I'm always surprised to see what bands cross over from the heavy world and wind up getting coverage on your hip farming tool-themed music blog. I didn't expect the chaotic, dissonant hardcore of Vein(.FM) to be that band, but great for them. The Errorzone record included some incredibly challenging heaviness and the praise was well deserved. The equally peppy This World Is Going To Ruin You keeps that energy and rage going in a very cool and interesting way.

Concluding this week with the long-awaiting return of these thrash legends. It's been almost thirty years since they released new material, but the occasional reunions and will they won't they of the band only built their legend. The day has finally come and you're getting five thrash masterclasses here. Core members Perry Strickland, Sean Killian, and Phil Demmel remain, but you're also getting Christian Olde Wolbers (ex-Fear Factory) and Bobby Gustafson (ex-Overkill) as well. Hopefully this is just the first taste of a bigger second-coming. Max has a full review here.