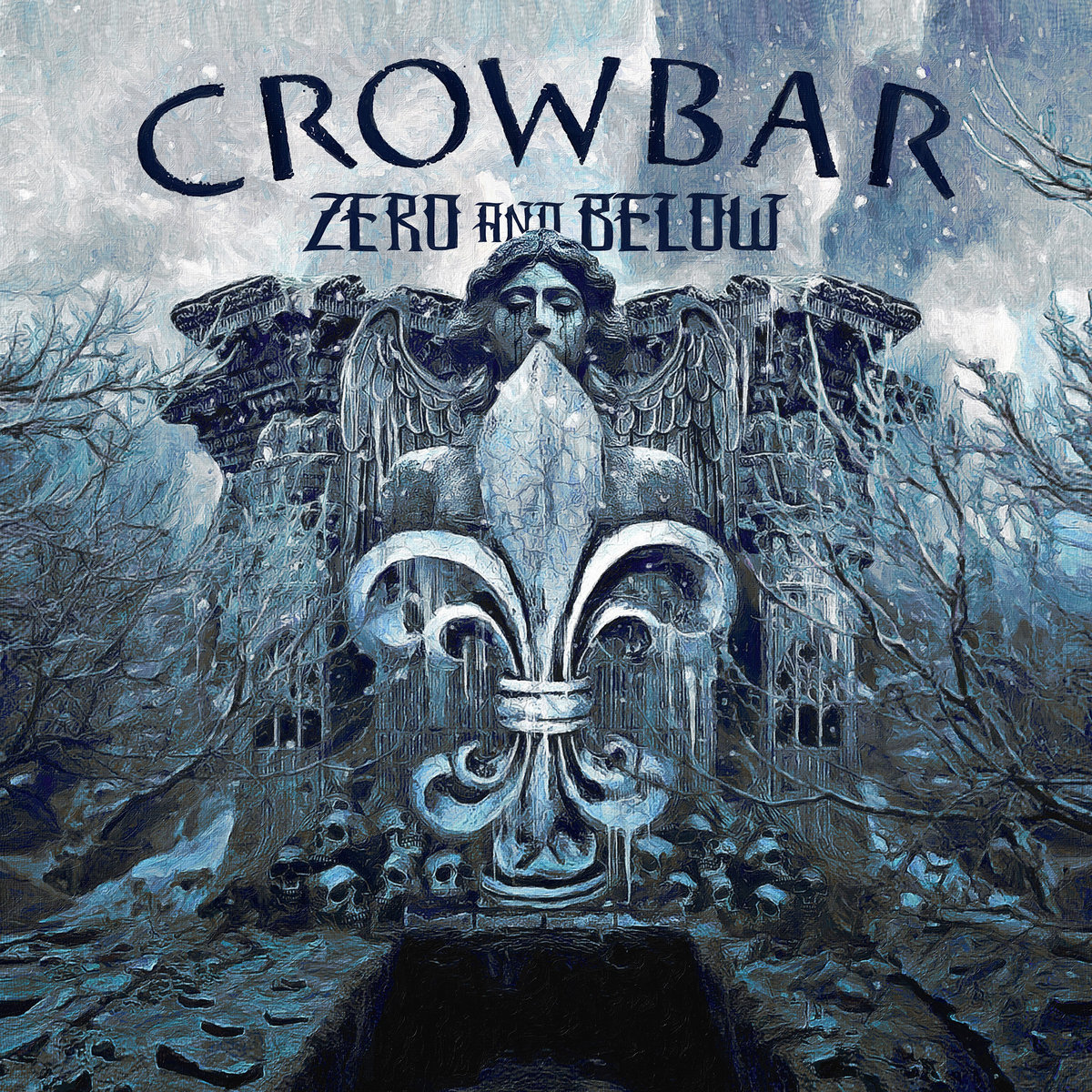 Crowbar is one of those bands who never really changed and never worried about trends. They have always stayed true to who they are at their very essence. To me, they're one of the prototypical heavy sludge (though Crowbar doesn't like this term) metal bands that really cast the mold.

Zero And Below is undoubtedly a Crowbar record. There are no surprises here. It's slow (but not too slow) and dark and heavy as the swamps are deep. Their music makes you feel like you're trudging in the marshlands around Lake Martin in the middle of the night while being slowly pursued by some deviously hungry gators.

What grabs me about this record? That overall, overarching groove. I can't seem to get enough of that slow, bluesy groove in songs like "Chemical Godz." Particularly, I also love a good mix where I can clearly hear the bass in the relation to the guitar without having to hunt for it. The bass guitar gets a lot of space on this record and is most prominent on the absolutely rockin' "Bleeding from Every Hole," which is another standout.

Sadly, the video for "Chemical Godz" was slapped with an age restriction on YouTube. Not that people really care about those things, but I'm disappointed that the YouTube censors would choose this particular video which deals with the very negative effects of drug dependency. There's nothing glamorous here and the band clearly has a message to share about the destruction hard drugs can bring to one's loved ones, and it's powerful as hell.

While I love "Chemical Godz," I'd actually have to say that the track that's stuck with me the most has been "Denial Of The Truth." It has so much of that '90s feel to it. It completely brings me back to when I was listening to these guys in my door room filled with flannel, black light posters, and dreadfully bitter beer. Hard to believe that was nearly 30 years ago for me, but here we are.

That chorus that Kirk signs so with so much damn heart in "Denial of Truth" just hits you right in the chest… "I carry on. Determination. You can survive with light inside"

That lyric and delivery is Crowbar. Right there. Towards the latter part of the track, the band turns up the tempo just as the lyrics move from sorrow to redemption. This is doom metal songwriting 101 and this record is essentially a clinic. I think this is a very accessible record for those just getting into doomy, sludgy metal and maybe it also provides a gateway to those who still love to listen to bands like Alice In Chains, but with a bit more of that underground disposition to it. The title track, "Zero and Below" is one of those cuts on the record that reminds me of a gloomier, slower Alice.

After many listens to Zero And Below, it's become apparent that besides the songcraft and the heaviness, the one thing that Crowbar has just so much of is soul. Windstein's voice is so real, approachable and downright soulful. You feel what he's feeling. He's painting a very clear picture of his experiences and his thoughts and feelings in his art. This record especially is an invitation into his world. Speaking of which, be sure to check out our talk with Kirk from a couple years back where he talks the band and his experiences.

All in all another solid record from a band that just keeps on going. I'm very much looking forward to hearing some of these new songs on the road. If you haven't seen them, Crowbar always delivers the goods live.