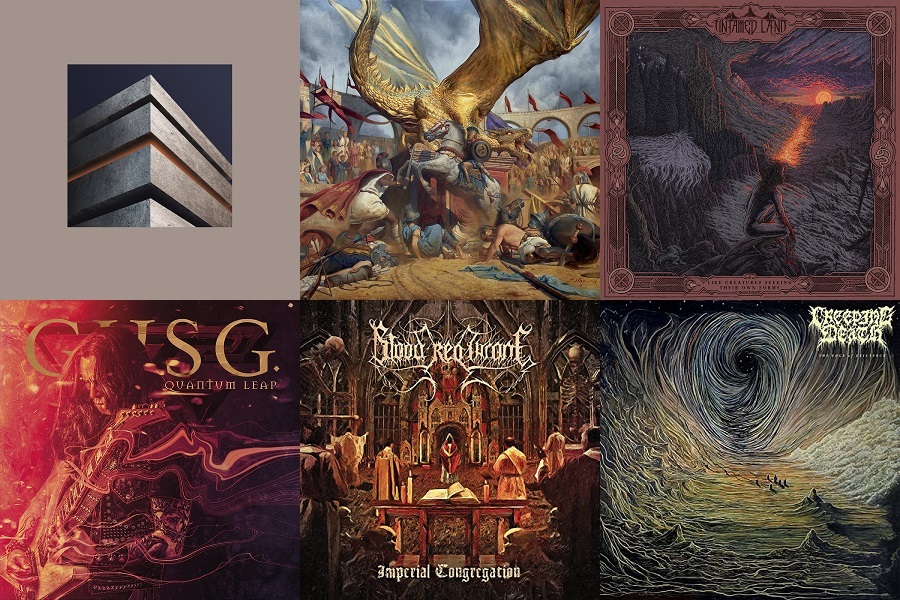 Until this week I was unaware of Blanket, but with a name like "Blanket" I had to hear what their deal was. Turns out, Blanket are fucking sick. They remind me of Junius, Nothing, and Deftones with the occasional grim moment and fancier drum foot-work. Then the album is topped off by a couple guest spots from Kadeen France (Loathe) and GosT.

If you seek straight forward, but solid, death metal then unsurprisingly Imperial Congregation will make you happy. This is a non-stop bludgeoning with consistent speed and aggression. Blood Red Throne never fail to horrify and amaze.

Creeping Death – The Edge Of Existence

It's a pretty good week for death metal fans, and if you like a little hardcore sprinkled on top then this EP is the one for you. It features three new tracks and three re-recordings from their first EP Sacrament of Death. Over the six tracks you're getting nasty grooves, guitar divebombs, and more.

Trivium – In The Court Of The Dragon

Just a year after What The Dead Men Say, Trivium are already back with another collection of modern melodic metal. The album is not a sequel to Dead Men, but it feels like it could be. The choruses soar, the grooves are infectious, and the guitar work is incredible as always. A cool addition this time is an instrumental intro from Emperor's and Matt's eventual collaborator Ihsahn. Check out Greg's review here.

Loyal skimmers know that I love to highlight stuff that's a bit atypical, so when Untamed Land came to my attention, I was interested. This is some epic black metal made by sole member Patrick Kern that also draws influence from old western soundtrack composers like Ennio Morricone. The result is so interesting and unlike anything I've heard before.