THE WEEKLY INJECTION: New Releases From FEAR FACTORY, HELLOWEEN, and More Out Today - 6/18 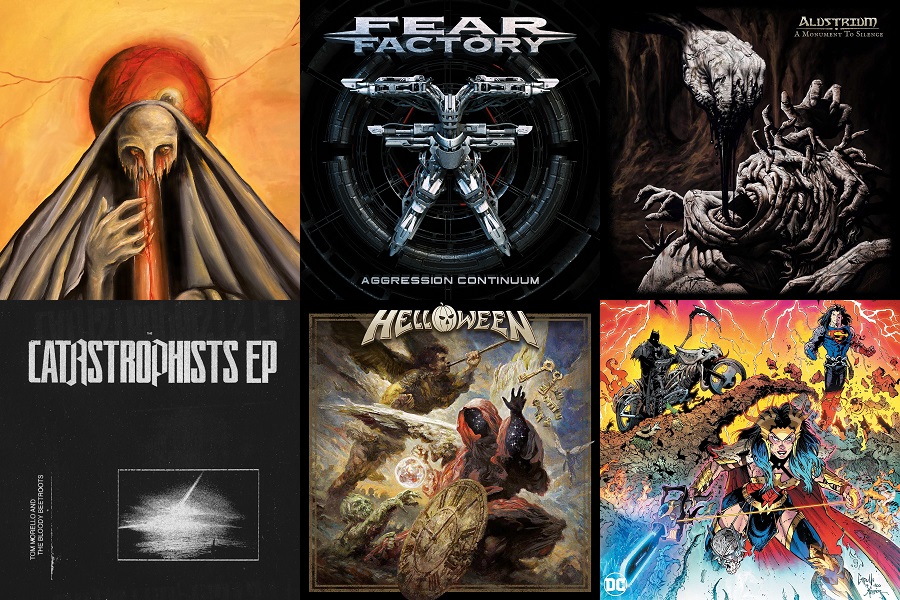 Not going to lie y'all, this week is all over the place. Sorry? You're Welcome? Anyway, this week’s new heavy metal releases include an alt metal/electronica collab, an album with three lead singers, an album from a band that now has no lead singers (announced that is), Batman rock, and more! To the metals…

ALSO! Today, Bandcamp is doing their second Juneteenth Fundraiser. So if you can get stuff from Bandcamp, please do.

Alustrium – A Monument To Silence 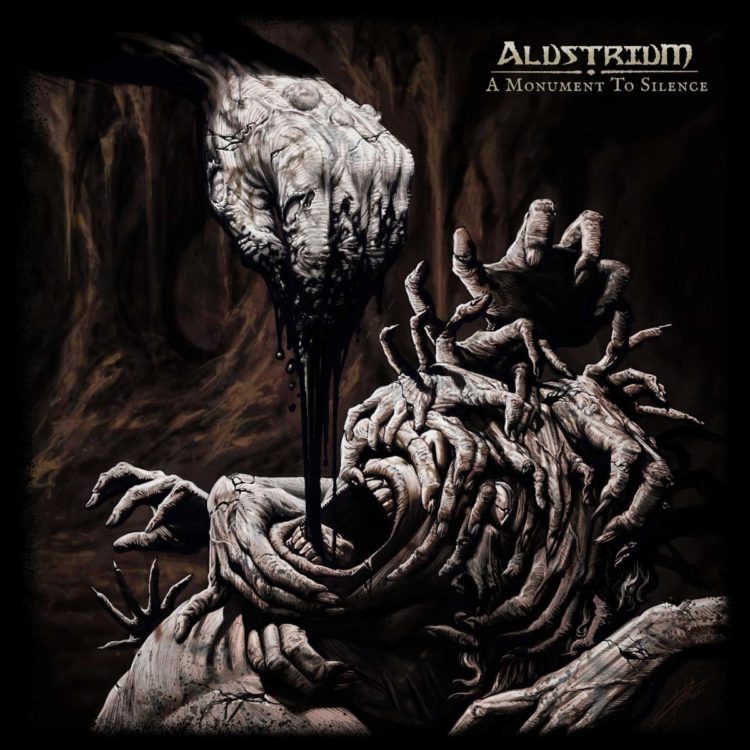 Starting this week techy and proggy metal from Alustrium. This is a record of fret flurries, melodic waves, and solid grooves. We were excited to share a single of theirs last month on a Tech Death Tuesday, and I'm excited to now have the whole thing tearing through our ears. Final fun fact: both of this band's guitarists were in Galactic Empire, so you know they have chops. 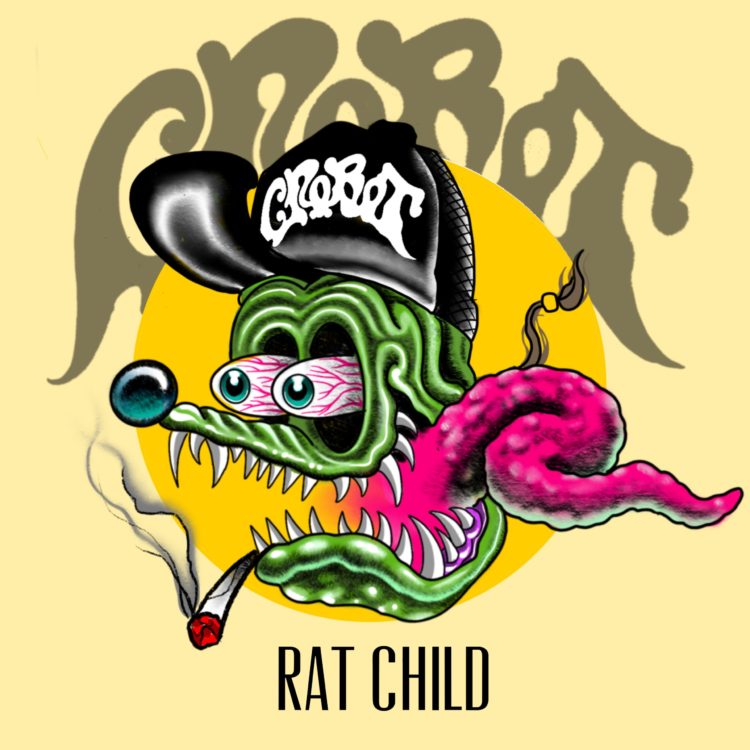 Crobot are one of the cooler bands that are quietly working the US rock festival circuits right now. They're a hard rocking band at their core, but they utilize a lot of wild guitar theatrics as they slink into your ears. This EP is their trademark sound, but with a handful of friends helping them out like Howard Jones from Light The Torch, Frank Bello from Anthrax, and Stix Zadina from Steel Panther. 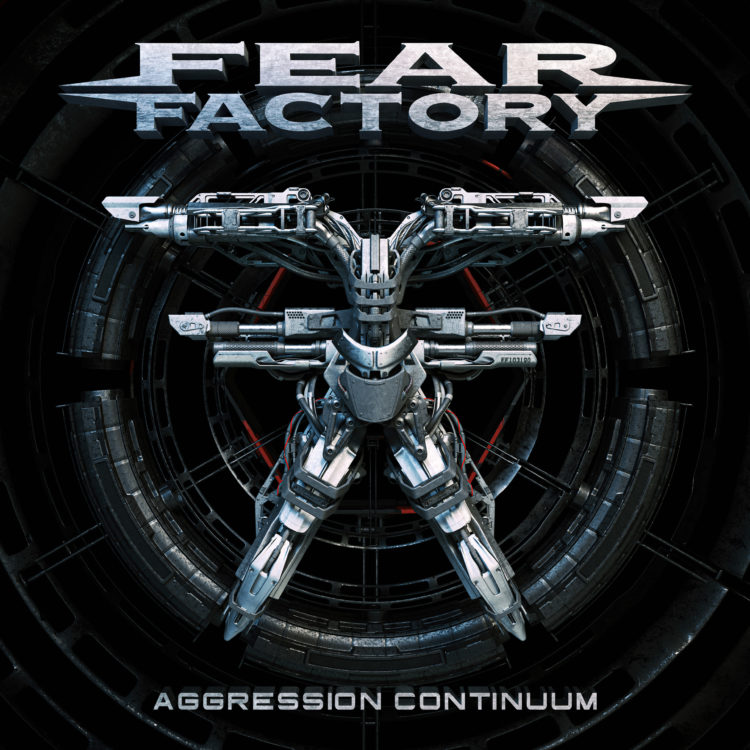 Man, there's just so much drama surrounding this album that's hard to not let the record stand on it's own. Still, this is Burton's final record with the band, which is sad, but it's a pretty high note to go out on. Genexus, and The Industrialist were both solid and this one is up there with them. I'm curious to hear what they do next. Kevin has a deep dive on it here. 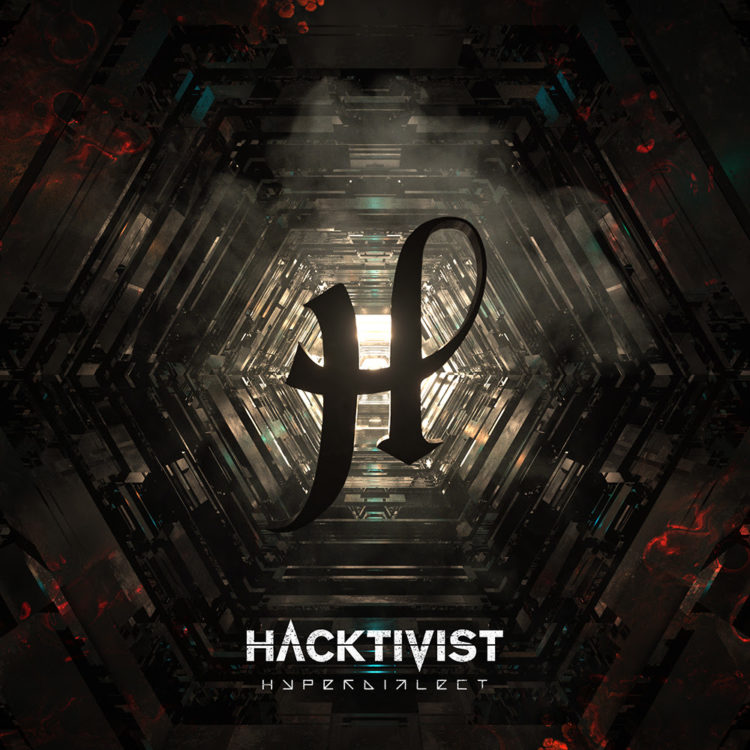 Now for something quite different. On their second album Hacktivist are combining grime, nu metal, djent, rap, and punk attitude into one groovy, political package. I feel like this is going to be a divisive one to include, but fans of Linkin Park, Ill Nino, and perhaps Emmure will dig this. 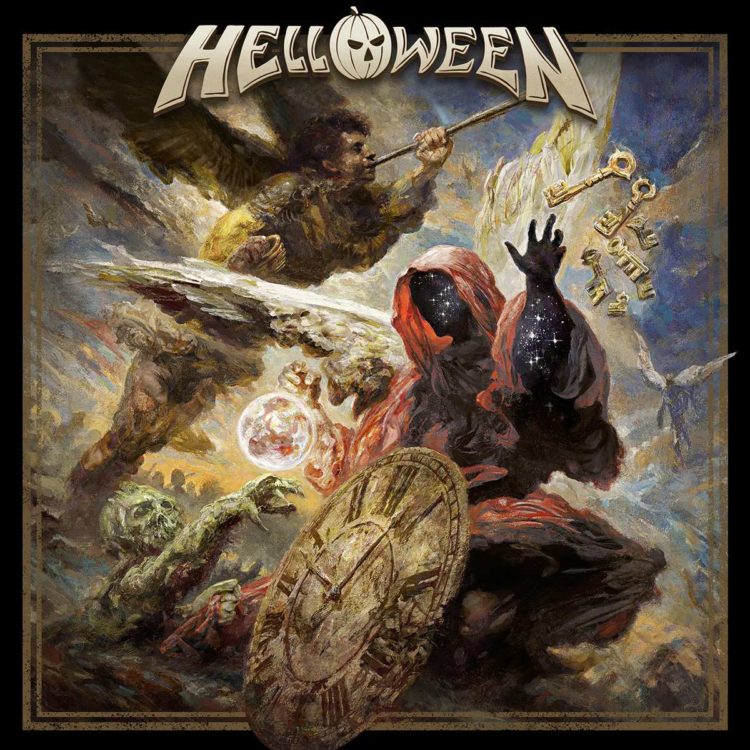 On their first album in six years, and first with both Michael Kiske and Kai Hansen back in a long time, these pumpkin loving Germans are back in a big way. I mean BIG. Musically they sound massive as always on this record with their bombastic signature power metal. However, they are now utilizing three vocalists, which is pretty nuts since each voice is so unique. This album seems like it would be a Helloween fan's dream come true. Chad has review here. 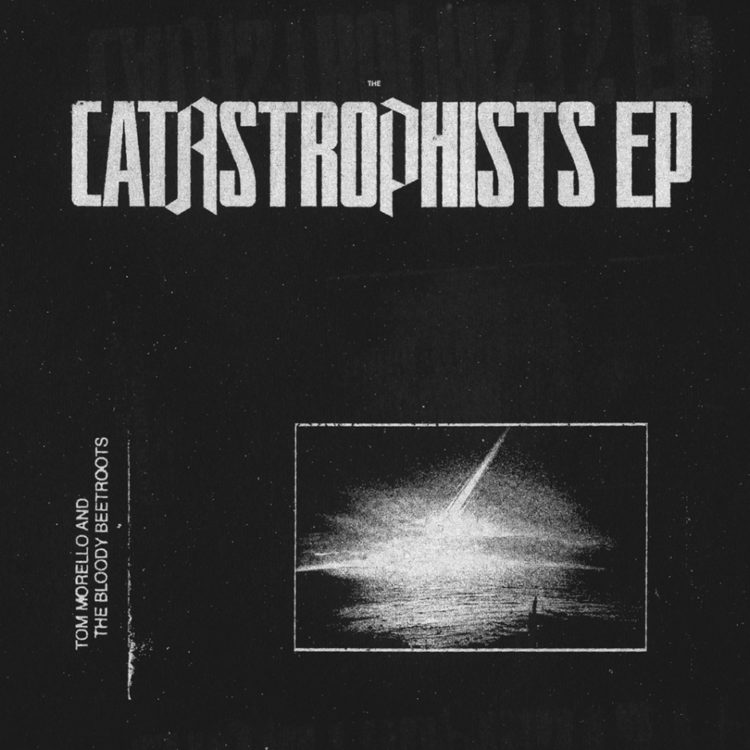 I have to admit that I know very little about The Bloody Beatroots, but if Morello was up to collaborate with them on this EP, I was willing to give them a shot. This EP is Tom's signature guitar stylings coupled with robust electronic music, and it's pretty fucking cool. There are a lot of guests on this as well. They worked with Pussy Riot, The Interrupters’ Aimee Interrupter, White Lung’s Mish Way, Ana Tijoux, and The Last Internationle’s Delila Paz. 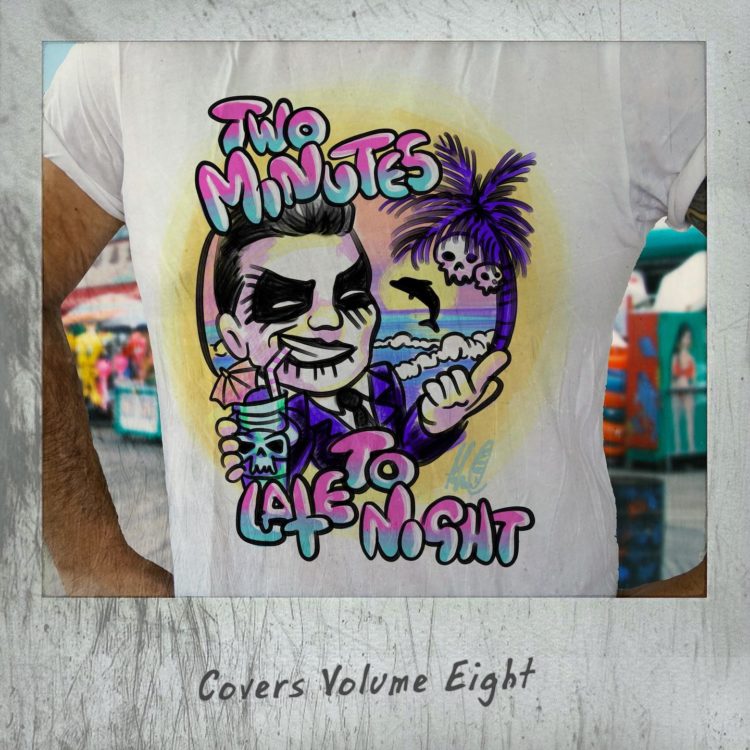 Two Minutes To Late Night pivoted their whole thing during this quarantine and have been putting out fun star-studded covers. Today (June eighteenth) and today only, they are putting out their eighth Bandcamp exclusive EP. Bandcamp is donating their portion in their Juneteenth fundraiser and the money from "I Would Die 4 U" is going to Dallas Hope Charities. This one also features their live covers of "Jane,” “Mouth for War,” “Hyperballad,” and “Rocks Off.” Get it before it's gone. 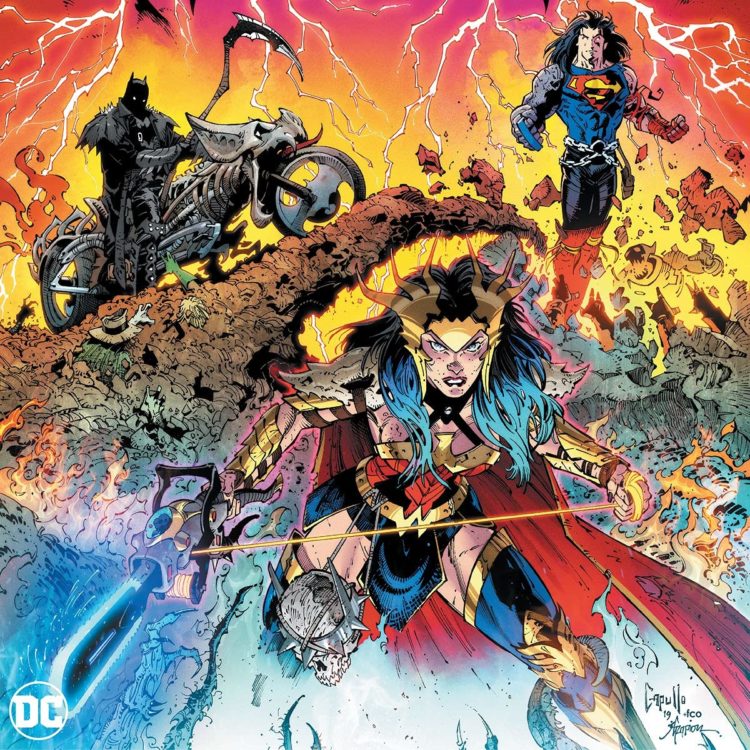 Now for a weird one. This is the soundtrack to the Batman Dark Nights: Death Metal run, and I didn't realize comics had soundtracks. I'm glad this one does though because it has new tracks from Mastodon, Chelsea Wolfe, Maria Brinks (In This Moment) and Tyler Bates (Black Veil Brides) with Chino from Deftones, Greg Puciato, and a lot more heavy and not so heavy tracks. I never imagined Soccer Mommy, Carach Angren, and Mastodon would be on a record together, but here we are.

Wanderer – Liberation From A Brutalist Existence 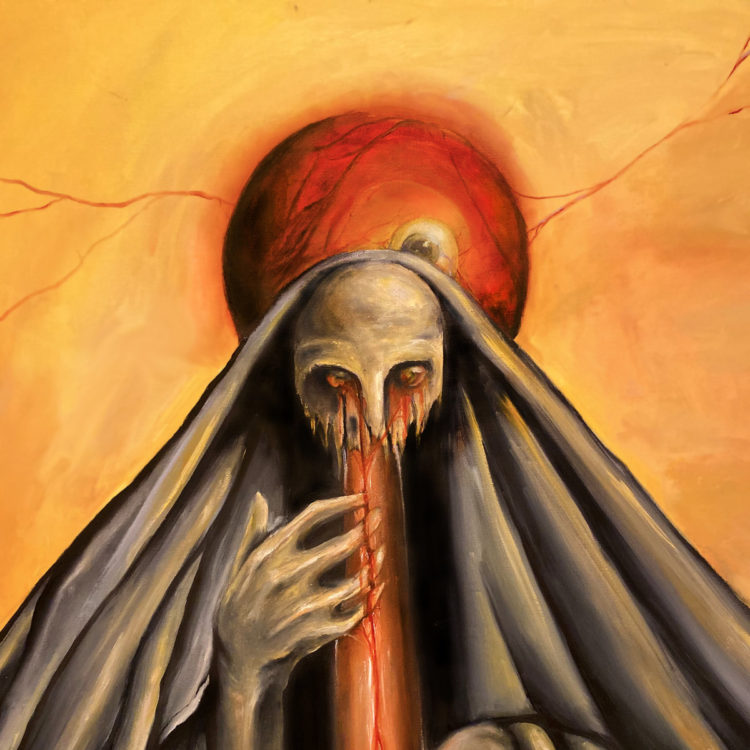 Wrapping this week some noisy aggression. This album includes dissonant chords, whirlwind moments of musical chaos, a few guest screamers, and hefty sludge breaks. This is also the only album this week that has it's own limited run spice blend. There are only sixty-nine of them (nice) so grab one when you grab this record.