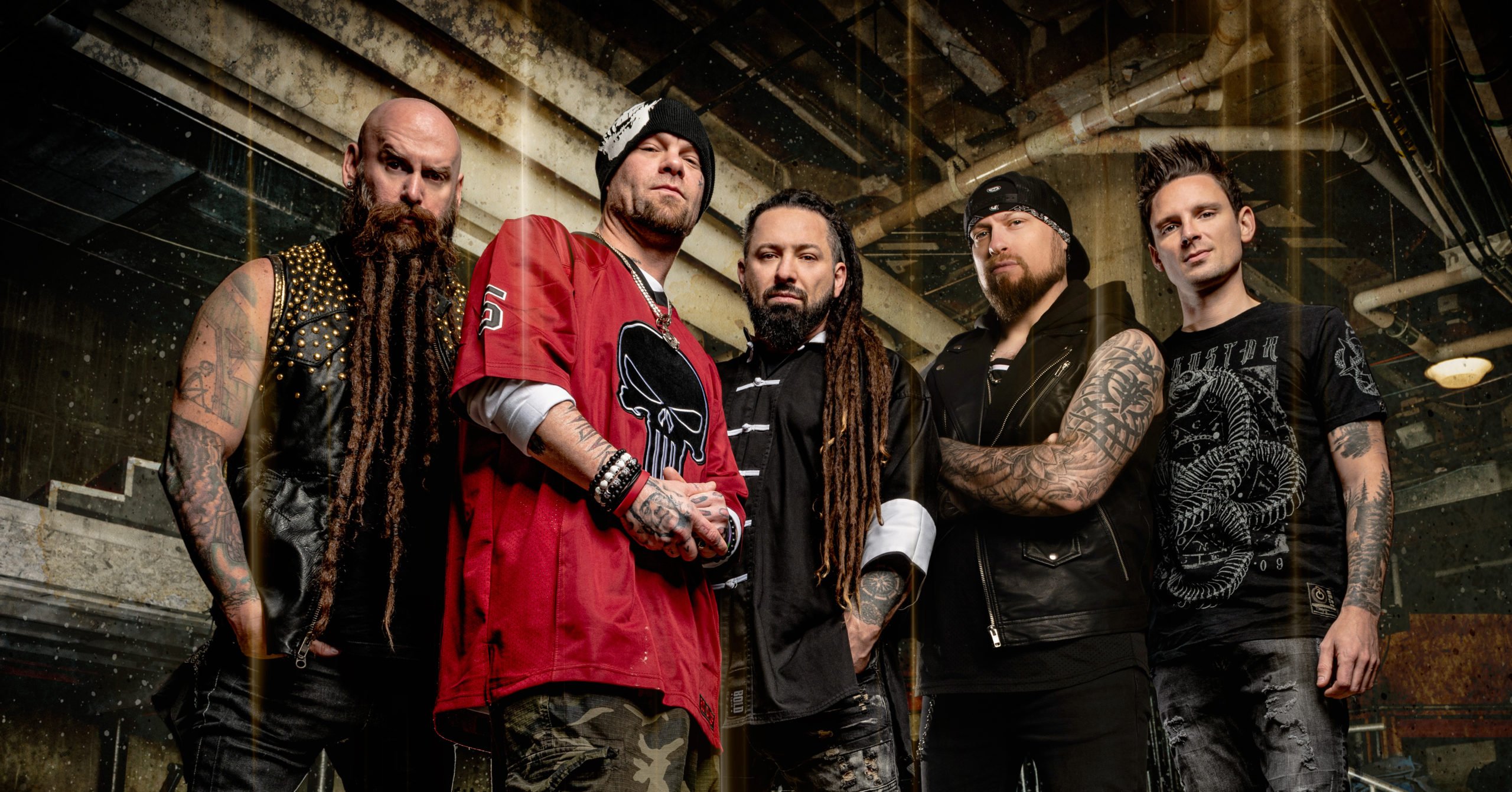 Five Finger Death Punch has revealed they've completed the follow-up to their 2020 record F8. The band just unveiled the lyric video to their song "Brighter Side Of Grey" alongside the below statement, revealing that new music and an upcoming tour will both be announced very soon. All Five Finger Death Punch has said about the new record thus far is that it revolves around the preciousness of life and "similar existential questions" found on "Brighter Side Of Grey."

Five Finger Death Punch spent some time throughout 2021 with producer Kevin Churko (Ozzy Osbourne, Disturbed, In This Moment) at The Hideout Recording Studio knocking out a new record and a re-recorded version of their 2007 album The Way Of The Fist.

"It's hard to believe that our last record F8 came out over 2 years ago in the beginning of 2020, born into the whirlwind of events that dominated our lives and will echo into the rest of our history. Those of you intimately familiar with that album, now know how some of 'F8"s dystopian lyrics became rather prophetic.

"'Brighter Side Of Grey' was an important song on that record, but especially personal to Ivan (who's the only parent in the band). It is a more than fitting commentary to what's going on in the world that probably needs a good reminder right about now that we are here only for second, a tiny blip on the flow of time… not just as individuals but as an entire species… It took a trillion conditions to be just right for human life to exist in this Universe yet it takes just one to go terribly wrong and make it all disappear.

"This song also serves as the perfect bridge to our new album we just finished this week, which generally revolves around similar existential questions.

"It's incredible how much we don't understand about our own existence, yet everyone's relationship with the concept of death permeates, even orients their entire lives. Can't wait to share it…

"Enjoy this video, and stay tuned for new music and big tour announcements in the very near future!"