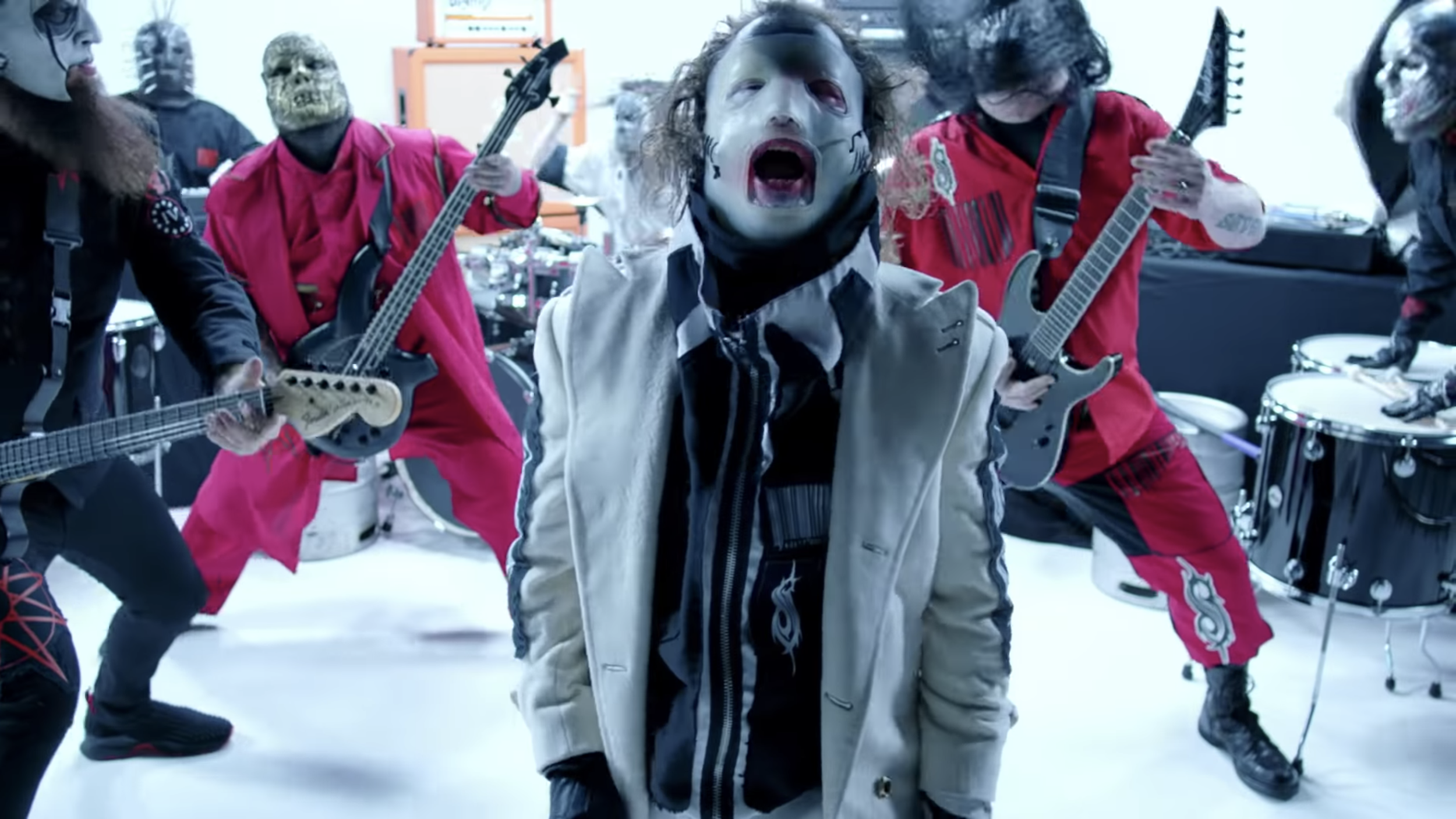 What the hell are Corey Taylor and the rest of Slipknot teasing? Taylor previously promised "massive Slipknot news" in the next month or so last week, and in a new interview, he expanded on the tease.

Is it new music? Is it the long-awaited release of Look Outside Your Window, the Radiohead-esque shelved album they've had since 2008, is it new music? Well, Taylor says whatever it is, it's exactly what people love from the band.

Speaking to KLOS' Matt Pinfield, Taylor said “I can’t say too much about it, and I can tell you that currently, we’ve compiled a lot of material, me and Clown have talked about something really, really cool if we could pull it off.

“There’s a chance that it could be conceptual if we can really do it right. The music is brilliant, it expands on what we did with ‘We Are Not Your Kind’ and kind of blossoms from there.

“We have so many different flavors that we can play with that now, at this point, it’s just us mixing and matching and seeing what excites us.

“So that’s all I can say for right now but I can tell you that it’s really, really good. We’re entering a realm that we’ve never been and that to us is exciting.

“Especially after all of these years, we pride ourselves on always being able to try and top ourselves, and if we can pull this off, this may be the ultimate top ourselves.”

In an October 2020 interview with Good Company, Taylor teased the band was considering putting out a new album in 2021, which would be their final for Roadrunner Records.

One month later, Clown dropped some hints in an interview saying "Right now is kind of an interesting time," Clown said. "We're taking this time to write some new music. So for the last week, we've been just having a good time, eating a lot of food and writing God music. So we're having a good time."

The Slipknot founder continued "Since everybody's taken a lot of time off, we thought we'd utilize it by getting together and do what we probably do best, which is write music."

"So it's been good, because there's no pressure. It's not like we have to. We're doing it 'cause we want to. And it's just been a blessing, because boredom can set in. And I know all of us in the world are going crazy, so we're really lucky to be able to be together and do what we love most."

When asked to predict what Corey Taylor's vocals to be about, Clown didn't want to make any assumptions. "We don't usually speak for Corey, or whatever, but I can imagine that anything that affects him and affects us and affects you will be included," said Clown. "To the extent, I don't know how blatant it will be, I don't know, but we are all living this, and everybody's involved. I wouldn't really know what what road [Corey] is gonna be going down or information that he wants to spread. I'm not sure. We're not quite there yet."

Taylor offered some insight to  That Jamieson Show previously saying “I was just talking to Clown the other day about what we should… ‘Cause we’re obviously thinking about what the next album could be like. And he’s in this trippy place, dude, which is rad. I love it when he’s in this crazy mindset, because I know I’m gonna hear stuff that I’ve never heard before. He’s so goddamn creative, and that inspires Jim [Root]. And all the tumblers really start to fall. So it’s pretty rad. I can’t wait.”