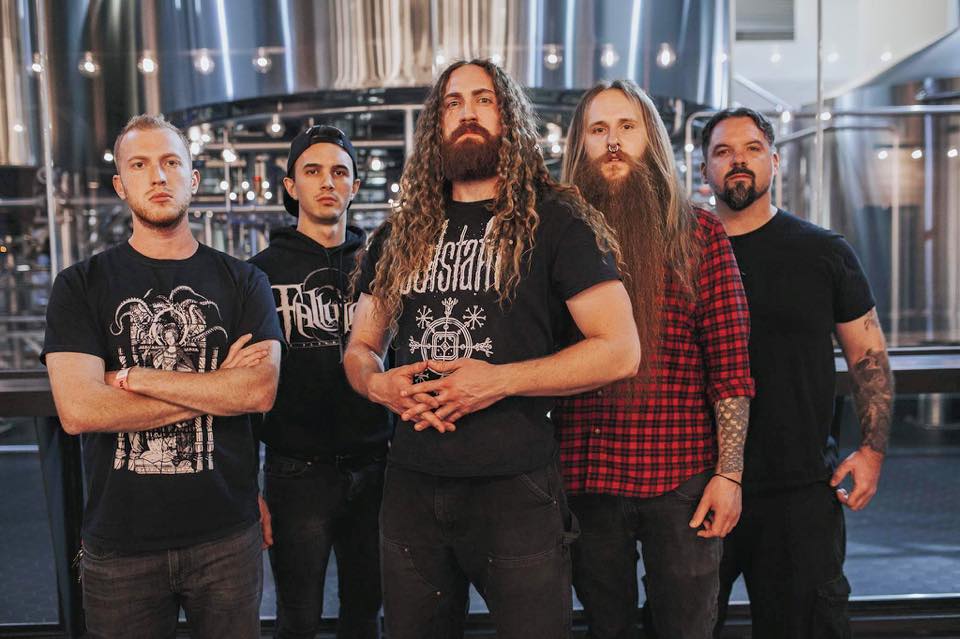 Black Crown Initiate is coming back in big way. The band recently announced they'd signed to Century Media Records alongside their first new single since 2016 "Years In Frigid Light." Prior, in December 2018, the band broke their silence and announced the departure of guitarist Wes Hauch (Alluvial, Glass Casket) and drummer Jesse Beahler (Nightfire, ex-Jungle Rot), and the addition of guitarist Ethan McKenna and drummer Samuel Santiago (ex-Gorod, ex-Melechesh).

Now Black Crown Initiate has announced what fans have been waiting for – they're hitting the studio in the next few weeks for a brand new record due out in 2020. Check out "Years In Frigid Light" below if you haven't already.

Black Crown Initiate is back in a pretty big way