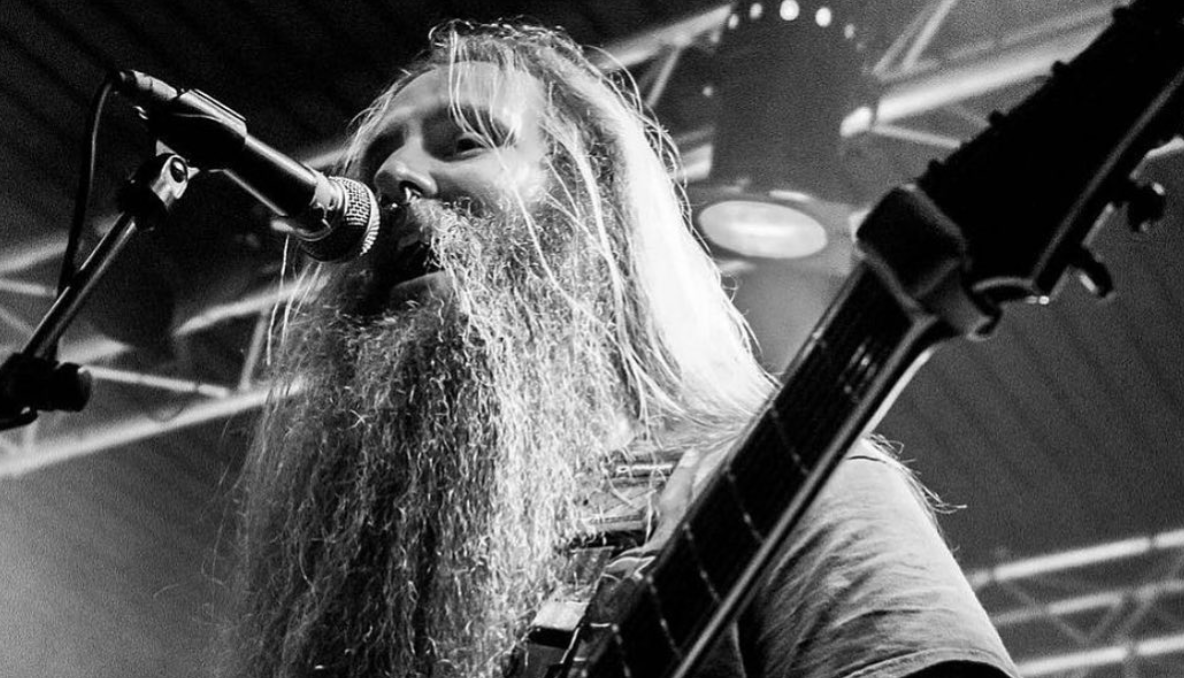 Founding Black Crown Initiate guitarist Andy Thomas quit the band earlier this year, and has since been touring with Rivers Of Nihil. In an interview with the Vox & Hops podcast, Thomas opened up about his reasons why he quit Black Crown Initiate. Thomas said he's still good friends with vocalist James Dorton and bassist Nick Shaw (who also quit the year), but found the band's revolving doors for members coming and going to be fatiguing after a while.

"It's interesting because, when Rivers… well Brody sent me the work probably like nine months to a year before it came out and 'I was like holy shit. This is kind of the pinnacle of what our genre is trying to do.' I had this moment listening to that album where I was like 'I don't know if I can top this you know.' Not that we were competitors, but we always kind of fed off of each other. I was just like 'goddammit it they did it.' They say if you can't beat them, join them."

Thomas also added that releasing Violent Portraits of Doomed Escape in 2020 and not being able to tour on it, and the label essentially asking for another record, was also a real kick in the ass.

"There were a few times over the past few years where I'd mentioned to [James] that I was kind of burnt out on the whole thing. Especially after putting out that last album during COVID. It's just like kicking yourself in the dick. You work on this thing for two years and then release it and you can't tour and your record label tells you 'oh don't worry, just put out another one. This is a freebie. Don't worry about how it performs. It's during COVID.' It was just like, well maybe I don't want to do and pour my heart out again the way that I just did [for that record]."

Thomas has not yet been announced as a full-time member of Rivers Of Nihil, but does mention in the podcast that he's excited to write music with the band. So it seems like that's probably coming soon, right?