Are SLIPKNOT & MARILYN MANSON Touring Together This Spring? Rock on the Range 2015 Lineup Hints at Upcoming Tours

THE MARS VOLTA Announce US Tour Dates
We speculate on possible tours this spring based on the Rock on the Range lineup.

Columbus, OH's Rock on the Range has proved to be one of, if not the biggest U.S. rock festival of the year hosting over 100,00 rabid rock fans in Crew Stadium every May. It's almost like an unofficial kick-off to the spring/summer touring season as many tours typically converge at the three day festival.

Today, the lineup released a flyer with all the acts on the bill:

If you just want the text-version of the lineup:

More bands and comedians are expected to be announced but the real news for those of us who aren't in the immediate Columbus, OH area is that all of these bands will likely be on the road during this time. Columbus isn't exactly an easy town to fly in and out of so it wouldn't make sense for most of these bands to just do a one-off.

That means bands like Slipknot and Judas Priest will be touring this spring, possibly together? That would be a pretty crazy bill. Or maybe Slipknot will continue taking out 90s alt-metal acts like they did with Korn this past fall and then the bill would be Slipknot and Marilyn Manson for this spring. That certainly makes sense and seems like a great sell for fans of both.

Babymetal will also be playing the fest, so will they be actively touring, or just doing a few festival stops? We know Volbeat and Anthrax are touring together, adding to our theory. Some other bands that stick out on the bill are In Flames, The Dillinger Escape Plan and Periphery. Imagine if that was a tour? Or maybe Judas Priest, In Flames and Sabaton? That seems like a fun bill, plus Priest and In Flames share a label. Hatebreed is also on there and I could see them touring with Upon A Burining Body.

This is all obviously speculation. What tour packages would you see come out of this tour? Tickets are available at Rockontherange.com. 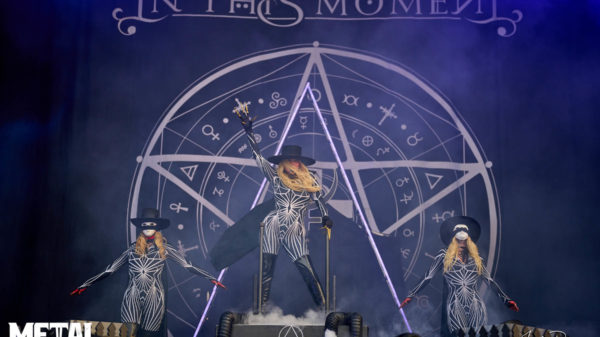 The band made the announcement this week on Instagram