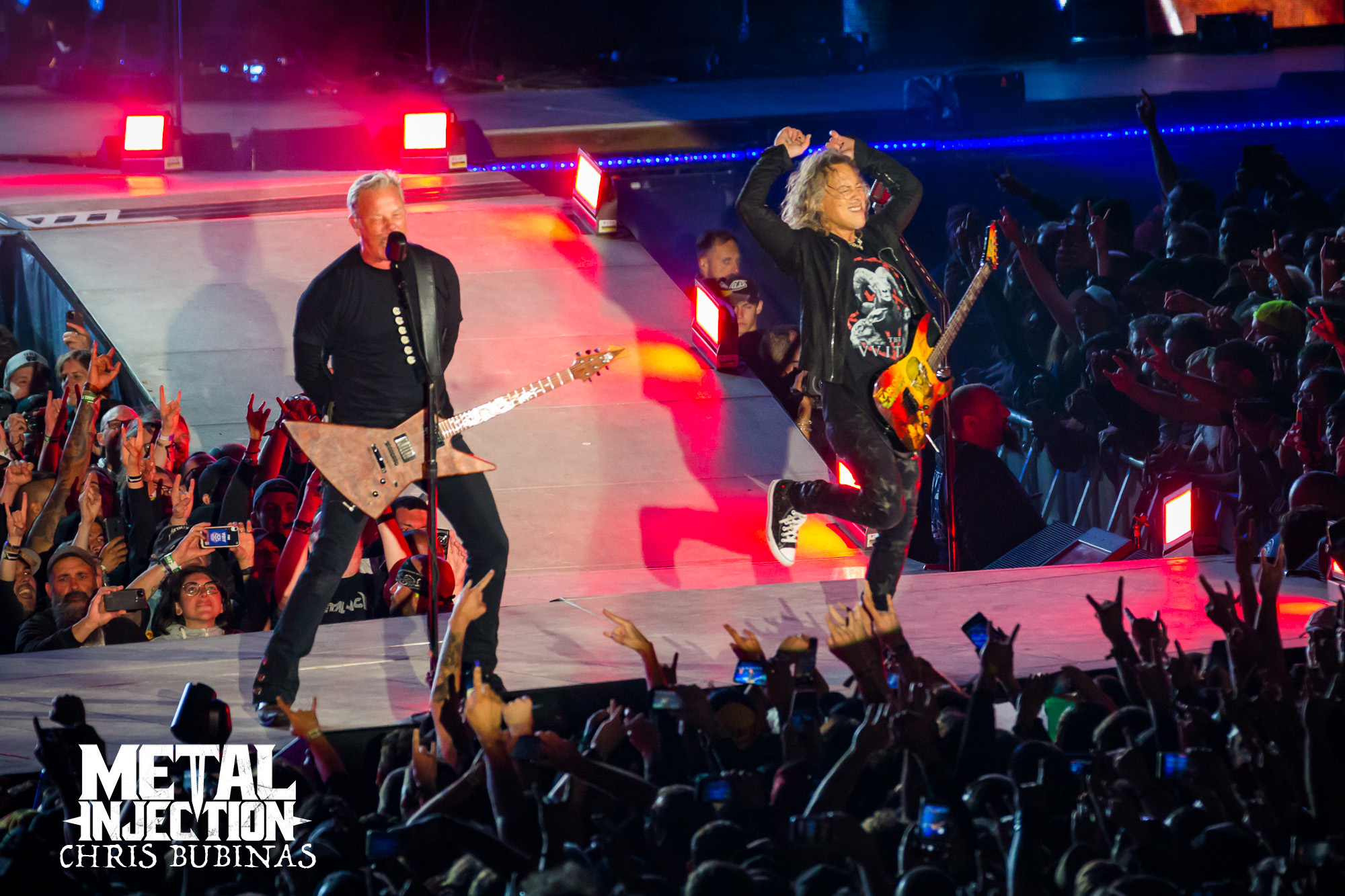 We all have Megaforce Records founders Jon "Jonny Z" and Marsha Zazula to thank for the advent of thrash metal. Among Megaforce Records' classic releases (Anthrax, Mercyful Fate, Testament, etc.) are Metallica's 1983 debut album Kill 'Em All and 1984 follow-up Ride The Lightning before the band left for Elektra Records to release Master Of Puppets in 1986. Marsha sadly passed away in January 2021, and Jonny Z in February 2022.

Metallica has now announced a memorial show for both Marsha and Jonny Z at the Hard Rock Live at Seminole Hard Rock Hotel & Casino in Hollywood, FL for November 6. The show will be opened by old-school Metallica tourmates Raven and will feature a setlist primarily of the band's early material.

"Jonny gave us our first break in New York, released our first albums on his Megaforce Records label, and put us out on the road for our first real tour," said Metallica. "With Marsha by his side, Jonny was a mentor, a manager, a label head, and a father figure to us all…. we would not be where we are today without the two of them. Sadly, we recently lost both Jonny and Marsha, just a little more than a year apart.

"We'll be cooking up a special setlist for you full of songs from our days with Jonny and Marsha at Megaforce. Our main touring partner from that time, Raven, will be joining us to add to the celebration and bring back the memories."

All I'm saying is that Dave Mustaine played on the demo that earned Metallica their record deal with Megaforce Records, and that it'd be pretty damn cool if he got on stage with the band that night to play some of their early material. Obviously the chances of that happening are generally pretty low, but here's hoping.